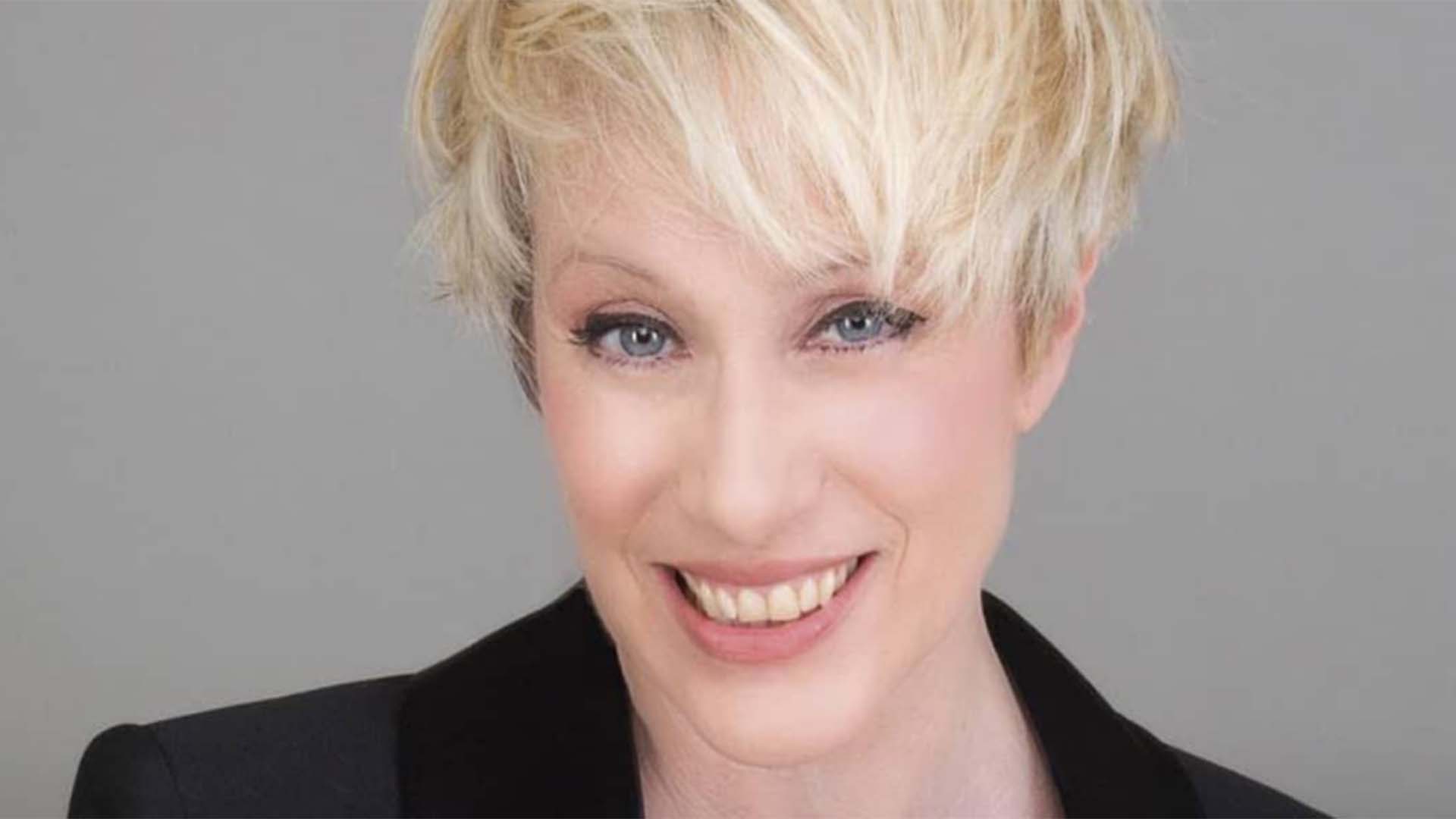 This Wednesday the sad news of the death of the renowned artist was confirmed Sandra Guida, at 60 years old. “It is with great pain that we say goodbye to the actress, singer and dancer Sandra Guida, an emblematic reference of musical comedy in our country. Our heartfelt condolences to her family and friends, ”she expressed the Argentine Association of Actors from their social networks. However, his family still did not communicate the causes of his death. 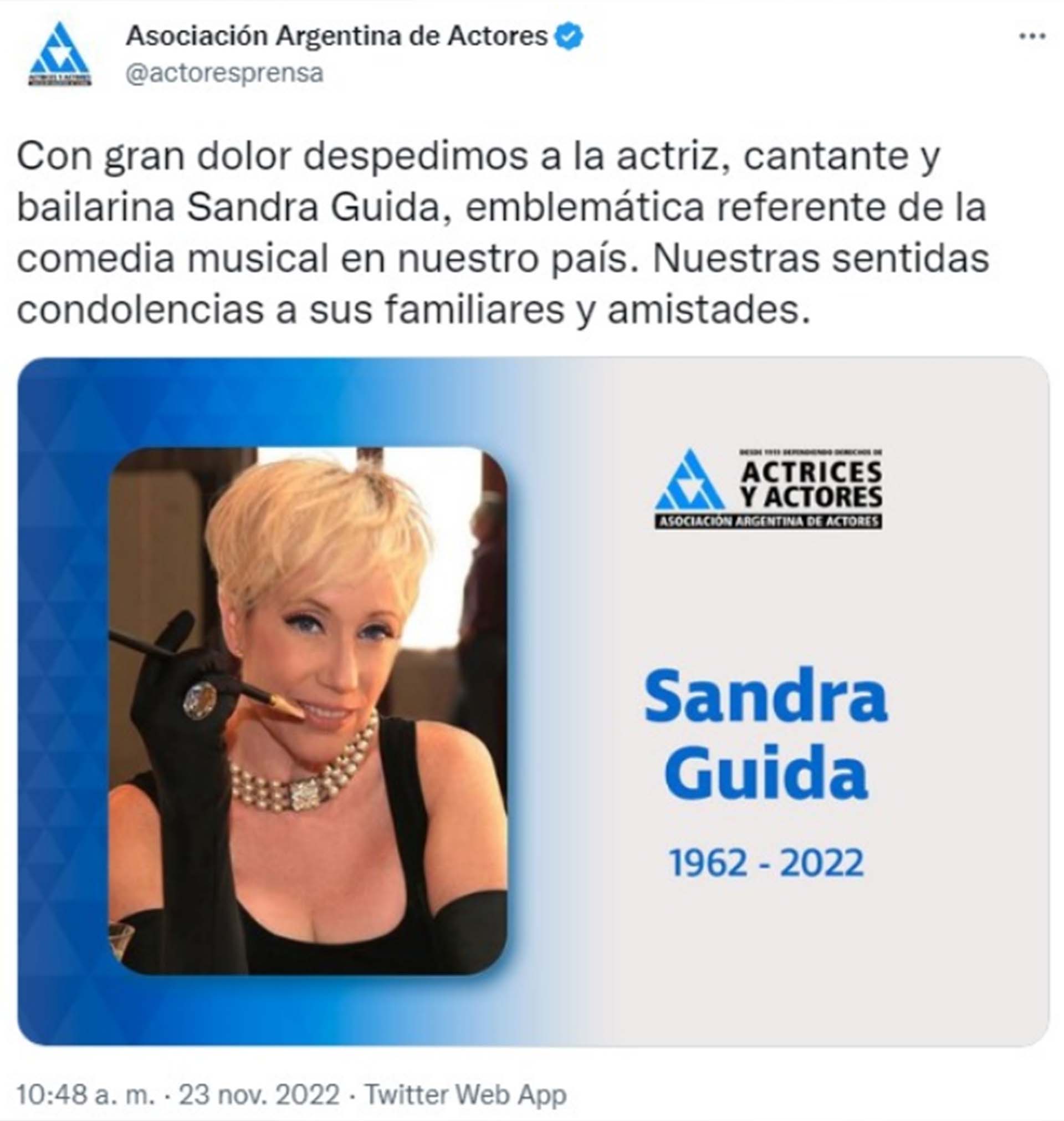 Nicholas Scarpino He was one of the first actors to express his pain at this irreparable loss to the artistic world. “I am in shock! How sad please! A huge and true ARTIST! Thank you Sandra Guida for so much… rip ”, she wrote in Twitter. the journalist Laura Ubfal She was also moved on that social network: “Enormous sadness,” she said. Also, his colleague Osvaldo Bazan He also spoke about it. “Sad news, Sandra Guida passed away. Bye Sandra, thanks for everything ”, was her message. Louis Bremer He also wanted to pay homage to her and shared a video of one of her musicals: “More of the wonderful Sandra Guida in ‘Grandes Damas del Musical’. May he rest in peace, ”she stressed.

Guida was born on June 16, 1962 and had an extensive career, both in theater and on television and cinema. She starred in several notable musicals, such as Kiss of the Spider Woman, Chicago, Hair, Surprises, The Coming Deluge, Puck – Midsummer Dream, Caravan, Gypsy, Tattoo, Corrupted Tango, Jazz Swing Tap Y pharaoh’s court, among others. In addition, he was one of the figures of First Ladies of the Musical. As director, she presented the play collapsed and was the creator of the musical group The row. On television, she participated in The Golden Rocket Band Y Men of Honor. In cinema, she worked in the fish boy. Meanwhile, she also served as a vocal coach and teacher of vocal interpretation techniques. 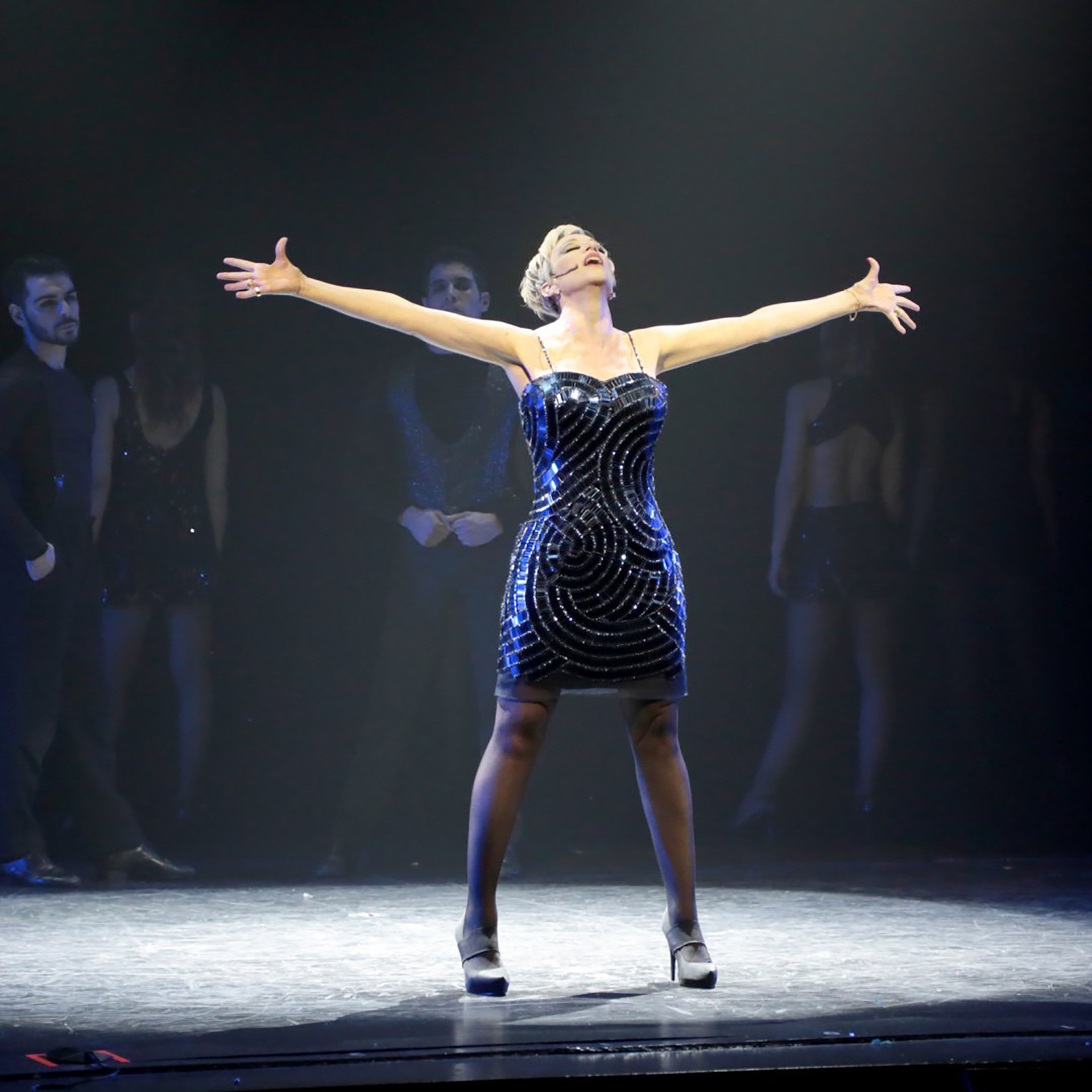 His last post on his account instagram It had been only five weeks ago, when he published a photo with Alejandra Radano, the actress with whom he shared the cast in Chicagoof Bob Fosse, John Kander Y Fred Ebbat the Opera theatre. “La Pathetique. Yesterday with Radano after the BEAUTIFUL SHOW. AMIGAAAAAAAA ”, she had expressed next to the postcard of both embraced.

During the pandemic, he took the opportunity to teach online musical theater courses for all levels, along with other distinguished professionals in the field, such as Claudia La Valle, Mariano Zito, Leandro Bassano, Javier Manente Y flower lopardoamong others.

The anguish of Chapu Martínez after receiving threats after the defeat of Argentina: “This has dragged him on for 4 years”
Ulises Jaitt spoke about his budding romance with Tomás Holder’s mother: “There is a lot of chemistry”
Carmen Barbieri got angry with Flor Vigna because she does not go to her program: “We do not invite her anymore”

UAVs hit in the stomach American intelligence in Ukraine

The enemy shelled the center of Kharkov: hit a two-story house and a university