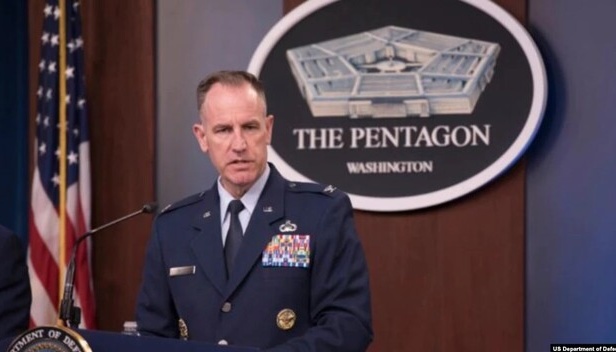 Russia’s statements about the possibility of using nuclear weapons will not affect the provision of military assistance by the United States and its allies to Ukraine.

“As for the statements or announcements coming out of Russia, they do not affect the continued close cooperation of the Pentagon with our international partners and our allies in providing Ukraine with the support it needs in its struggle,” he said.

According to him, the US will continue to negotiate with Ukraine about what it needs in the medium and long term, as well as now.

Regarding the US response to nuclear threats, Ryder said: “From where we sit now, we have not seen anything that would make us change our position. Of course, we will continue to monitor this closely and take any rhetoric seriously. But again, at this stage, we do not see anything that would indicate that we need to change our approach.”

Commenting on Russia’s announcement of a partial mobilization, a Pentagon spokesman noted that “in many ways this could solve the human resources problem for Russia, but it is not clear if this can significantly affect command and control, logistics, support and, importantly, morale problems. , which we saw in the Russian troops in Ukraine.”

According to him, Russia invaded Ukraine in an attempt to annex all of Ukraine, but failed to achieve this strategic goal, so it reduced the scope of its operational tasks.

“If you’re already facing significant challenges and haven’t addressed some of those systemic, strategic issues that make any great military force viable, then there’s no indication that it will get easier if you add more variables to the equation,” Ryder said.

As reported, since February 24, a full-scale Russian military aggression has been going on in Ukraine. The Ukrainian Defense Forces are stubbornly resisting the Russian invaders. President Putin on September 21, after the announcement of partial mobilization in the Russian Federation, again threatened Western countries with the use of nuclear weapons.

California authorities report casualties as a result of large-scale wildfire

Dmitry Medvedev’s new post: what was it? | Russia and Russians: a view from Europe | DW

Peskov on a possible change in the format of the NWO: the decision is up to Putin