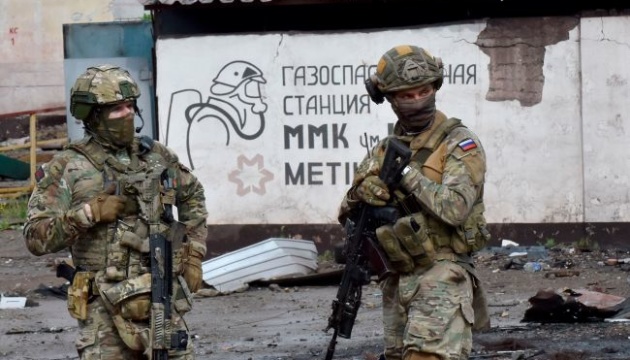 In the temporarily occupied territories of Ukraine, the Russians are equipping their preparation centers for pseudo-referendums in places where a large number of civilians are concentrated, and everyone who took “humanitarian aid” is driven to vote.

According to Ukrinform, this is reported by Main Directorate of Intelligence Ministry of Defense of Ukraine.

According to intelligence, invaders they are preparing organizational measures and trying to create at least a semblance of legitimacy for the announced referendums in the temporarily occupied territories.

In particular, it is planned to hold a referendum in Mariupol by the so-called commissions, which will include local collaborators, representatives of the aggressive administrations and the military armed forces of the Russian Federation. Members of the “commissions” will make rounds of houses according to the compiled lists of those wishing to receive “humanitarian aid”. Local residents are convinced that “there is no way back” and everyone who took the “humanitarian aid” will have to vote.

Read also: G7 states do not recognize fictitious “referenda” in the occupied territories

It has been established that in Mariupol the “headquarters for the preparation for the referendum” were deployed by the invaders in one of the local shopping centers. The actions of the headquarters are fully coordinated by representatives of the United Russia party.

According to intelligence information, in order to avoid the destruction of the artillery of the Defense Forces of Ukraine, all centers for preparing for a pseudo-referendum in the occupied territories are located in premises with a “large concentration of the civilian population.”

For the ideological and propaganda indoctrination of the population, the invaders organize a number of events of “military-patriotic education.” The main target audience is local youth, who, according to intelligence, for the most part show no interest in Russian ideology.

So, in the town of Golaya Pristan, Skadovsky district, Kherson region, a “youth forum” was held under the slogan “we are together with Russia”. To participate in it, the invaders attracted middle and high school students.

The all-Russian public organization of veterans “combat brotherhood” plans to open its branch in Mariupol. Another public organization “veterans of the airborne assault units of the Republic of Bashkortostan” turned to the local gauleiter Konstantin Ivashchenko with a request to allocate premises for the military-patriotic club “young paratrooper-warrior” and a children’s training base.

As reported, the other day the militants of the so-called “DPR” and “LPR” called on their leaders to hold pseudo-referendums on “joining the Russian Federation.” Subsequently, the so-called public council, created with the participation of Russia in the temporarily occupied territory of the Kherson region to prepare a pseudo-referendum on joining Russia, also made a corresponding appeal to the predatory authorities.

The holding of pseudo-referenda is scheduled for September 23-27. Western leaders have already said that any Russian bogus referenda in Ukraine will be illegitimate. At the same time, Russian President Vladimir Putin said on September 21 that Russia would recognize the results of the “referenda”.

According to the results of a sociological study conducted in August by Active Group in the territories temporarily occupied by Russians, the majority of respondents are confident that their region should be an inseparable part of Ukraine, and their well-being and security have deteriorated significantly since the occupation.

In particular, almost 73% of respondents consider Russia’s territorial claims to their region absolutely unfounded. Also, 82% of those polled in the temporarily occupied territories of Ukraine answered that they would not go to a “referendum” if Russia held it in their city.