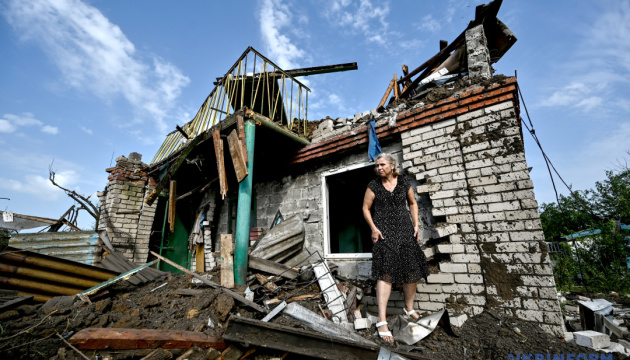 Russian aggression, evidence of the atrocities that its troops have left behind in Bucha, Izyum and other cities in Ukraine, the shelling of nuclear power plants, the intention to annex Ukrainian territories – all this indicates that Russia is already behaving like an exile state.

“When the Russian forces felt resistance, we saw unprovoked destruction, mass graves of civilians both in Bucha and, most recently, in Izyum. We saw how (Russian forces – ed.) attacking nuclear facilities and civilian infrastructure,” said the head of the Irish government.

Read also: Ireland in UN: Path to the world in Ukraine obvious – Russia must stop war

Now, according to him, everyone has witnessed how President Putin is planning fake “referendums” in eastern Ukraine “to forcibly change Ukrainian borders.” He stressed that these actions are a gross violation of the UN Charter.

“These actions by Russia mean that it is behaving like an exile state,” Martin said.

He also stressed that Russian aggression extends far beyond the borders of Ukraine and threatens, in particular, global food security, creates hunger in vulnerable regions of the world. In this regard, the Prime Minister of Ireland called on the international community not to stand aside and make efforts to force the Russian Federation to stop the aggression.

As Ukrinform reported, high-level meetings of the 77th General Assembly are being held in New York UN with the participation of delegations of member countries at the head, including heads of state and government.

Ministry of Defense: 150 mercenaries of the “Foreign Legion” were destroyed in Zaporozhye

the Russian Federation must be recognized as a state sponsor of terrorism: relatives of the “Azovites” held a rally in Kyiv