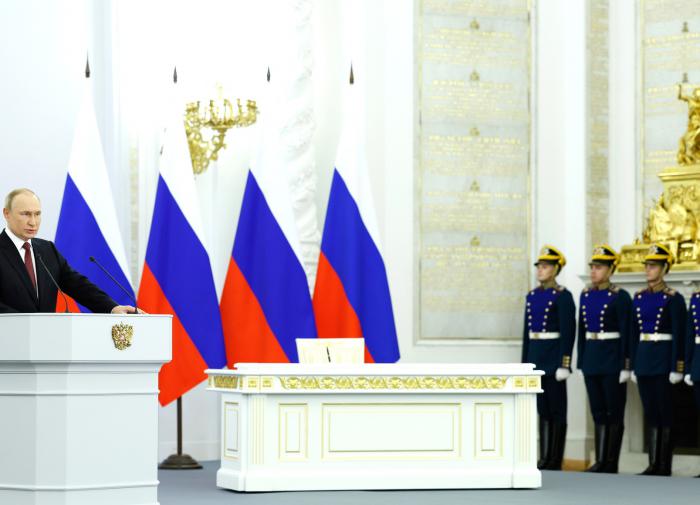 Today, October 5, the President of Russia Vladimir Putin may address the nation to change the status of a special military operation.

This is reported by war correspondents of “Russian Spring”.

Presumably, due to the inclusion of four new regions into the Russian Federation, the NWO will qualify as CTO – Counter-Terrorism Operation.

The publication also refers to the recent words of the head of the Republic Crimea Sergei Aksenov.

“And we will actually no longer conduct a military defense, but a counter-terrorist operation on our territories. We fought for our people before. Now we will fight for our land,” the head of Crimea recently said.

Children set up a checkpoint near Uzhhorod

Deliveries of weapons to Ukraine from America: will the US provide air defense systems and ATACMS, why did they refuse Kyiv, what is happening now