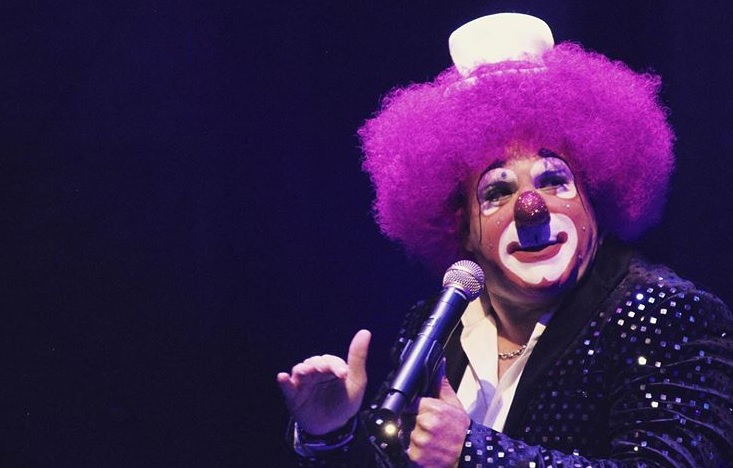 After a joke went viral banana about the death of Debanhi Escobarcomedian burst into tears during a show because, he confessed, he is having a hard time due to the criticism he receives on social networks. In addition, through your account instagram exposed a Death threat which he received because of his humor.

Without makeup, Platanito apologized for the joke he made about Debanhi Escobar

At the beginning of this month, a video began to circulate on the networks in which Sergio Verduzco, bananamaking a joke about the feminicide of Debanhi Escobarwhich caused outrage among users.

Due to this, the comedian confessed in one of his events in Canada that he is going through difficult times. In the speech he gave, he broke down in tears as he thanked his wife for the support she has given him in recent days. 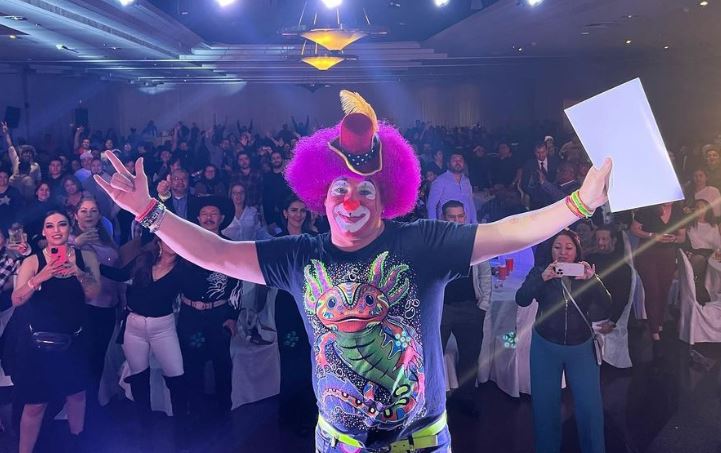 Despite Platanito’s apologies, Debanhi Escobar’s parents confirmed that they will denounce him

Mario Escobar once again failed Sergio Verduzco’s comedy and the fact that other comedians defend him; Likewise, he hinted that he thinks the actor is trying to divert attention from the investigations

Sergio continued to ensure that with his joke he did not seek to mock Debanhi’s death, but to “turn around” what is happening in the country. He also argued that “I didn’t kill that girl”he said, so the government should not go against him, he even demanded that those guilty of the young woman’s femicide be captured.

“Humor is sometimes humor. The only thing I try is to turn around the pinc ** mier ** that we are living, I don’t make fun of anyone’s death. You, each one of you who are here, have no idea of ​​what my heart feels that you come to support me because I am a comedian, I am not a murderer nor did I kill that girlall I want is let the pinc** government do its job and catch the real culprits”

In the midst of her crying banana revealed that is one step away from going behind barsbecause there would be people who are seeking his imprisonment.

In addition to this, this November 22, Sergio Verduzco denounced on his social networks that, among the messages he has received, they have threatened him with death.

In the video that he shared on his account instagramyou can see a man who said he was waiting for him with “open arms”, but with sharpening two knives together and on several occasions alluding to the fact that he would use them against banana.

The man, who claimed to have respect for clowns, ended his message with the words: “Here in Tijuana we wait for you with open arms. I’ll wait for you, p**”. 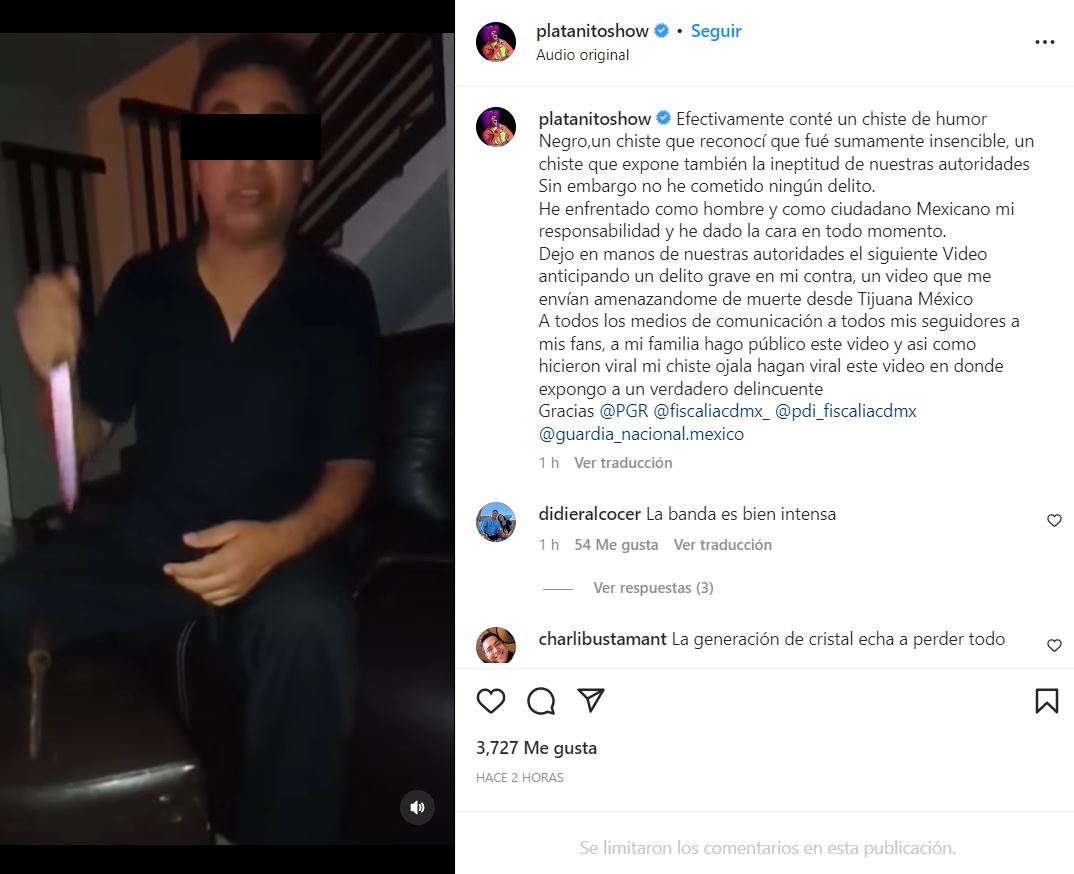 Through the publication of this video, Verduzco assured that he has faced the consequences of the “black humor” joke that he said and that he has recognized how insensitive it was, but “I have not committed any crime”reads in his post.

“I am irreverent”: Platanito defended himself after a joke about Debanhi Escobar, but never apologized

Sergio Verduzco justified his actions arguing that he is a supporter of “black humor”, although he is aware that it can hurt his audience

For this reason, he requested the support of the authorities, as he fears for his integrity. “I leave the following video in the hands of our authorities anticipating a felony against mea video that they send me threatening to kill me from Tijuana, Mexico”, Platanito wrote.

Despite Platanito’s apologies, Debanhi Escobar’s parents confirmed that they will denounce him
“Misogynist”: Alfredo Adame attacked Platanito for the joke about Debanhi Escobar
Franco Escamilla reacted to “cancellation” for defending Platanito: “Come ten by ten”

Borrell on gas cut from Russia: We can’t do miracles | News from Germany about Europe | DW

the result of the work of the marines for the week