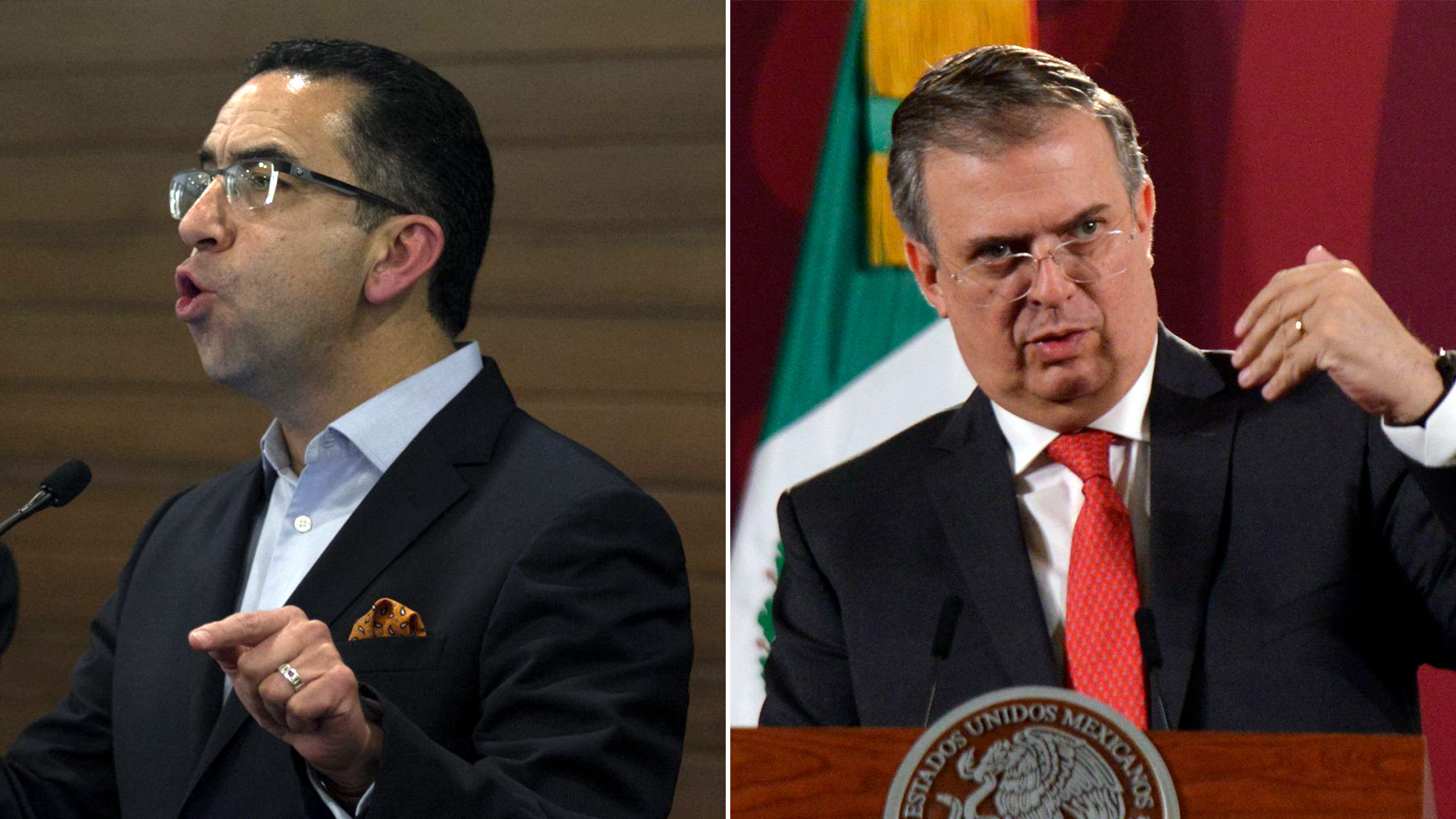 The PAN member and one of the main critics towards the self-styled Fourth Transformation (4T), Javier Lozano Alarconwas launched against the head of the Ministry of Foreign Affairs (SRE), Marcelo Ebrard Casaubón, as well as the national leader of the National Regeneration Movement (Morena), Mario Delgado Carrillo, this for the accusation of the delivery of money by them towards the President of the Mexican Republic, Andrés Manuel López Obrador (AMLO).

Through his Twitter account, the PAN member took up a tweet from Moreno-based Mario Delgado and wrote this Monday, October 10: “’From a few yesterdays ago’, the wool in cash that was delivered to @lopezobrador_. Pair of thieves. @mario_delgado @m_ebrard #ElReyDelCash”.

The tweet that he took up from Delgado was a congratulations to the Mexican foreign minister for his 63rd birthday where he wrote: “Congratulations, dear foreign minister @m_ebrard. At @PartidoMorenaMx we are very proud of the great work you do for the people of Mexico. Congratulations for another year of life, my best wishes today and always. A big hug! from a few yesterdays ago”.

It should be noted that Javier Lozano’s words were given by the book’s release The Cash King of the journalist Elena Chávez, ex-wife of César Yáñez, where it was indicated that Marcelo Ebrard allegedly delivered suitcases with cash to the now president López Obrador when he was seeking the presidency in 2006.

According to the book, the now chancellor was indebted to the federal president after becoming head of government of Mexico City. After taking office as head of the capital executive, Marcelo Ebrard asked his then Secretary of Finance, Mario Delgado, deliver large amounts of cash per month to AMLO.

“In 2006 Marcelo Ebrard achieved his long-cherished dream of being head of government. He was indebted to the Tabasqueño, so he Payment was in cash and in huge amounts. Once in power, Ebrard instructed his Finance Secretary, Mario Delgado, give Andrés Manuel millions a month for his campaign. Ebrard was the intellectual author of the public finance fraud, and Delgado, the executing hand”, can be read in one part.

After being Yáñez’s ex-partner for 18 years, the author stated that she possesses this information for the listening to conversations between him and the now federal presidentfor which he indicated to know closely the trajectory of AMLO towards the Presidency of the Republic.

The reality that Morena, López Obrador and company always deny and do not dare to accept comes to light: corruption, moches, links to crime and much more.

Here I tell you: pic.twitter.com/nZqOPNvwZm

Likewise, it indicated that: “Ebrard was the intellectual author of the fraud against public finances and Delgado, the executing hand.” According to her, he witnessed several deliveries of suitcases with cash by Ebrard to AMLO, as well as conversations about electronic transfers.

However, he explained that there are no videos or receipts signed by AMLO to prove his statements since the rule was that the relatives would send him the money in cash to avoid any suspicionLikewise, it would be delivered to Alejandro Esquer, now the private secretary in the Presidency of the Republic.

For her part, the also PAN member and senator, Kenia López Rabadán, shared through her Twitter account that she had already acquired the author’s book where she stated that “the reality of Morena comes to light that they always deny and do not know.” dare to accept: corruption, moches, links to crime and much more”.

“The police are always on vigil”: Javier Lozano mocked National Guard training
Mexico filed second lawsuit against US arms manufacturers
AMLO confirmed agreement between Mexico and Russia; clarified that they do not have espionage purposes

The first photos of the stars of “VKontakte”: Todorenko in shorts, Dzhigan with pigtails and unrecognizable Asti