At first, the collaborators relied on pro-Soviet pensioners, corrupt “public activists” from the committees of microdistricts and chairmen of condominiums. Door-to-door rounds, “surveys”, all kinds of registrations “for humanitarian aid” and “appeals from citizens” had a very dubious success. Yes, and leapfrog with the terms of the “expression of will” did not add enthusiasm and zeal to the posipaks.

The most numerous, relatively stable and motivated group of those registered were applicants for humanitarian handouts. Citizens of predominantly retirement age were quickly taken to the pencil, distributed among the points of distribution of food and other modest benefits (toilet paper, detergents, soap, toothpaste), the order was established, lists and numbers were made. Such “meetings of voters” have become regular in all microdistricts of the city. What can you do – people need to live somehow. And no one canceled the propensity “on the ball”. 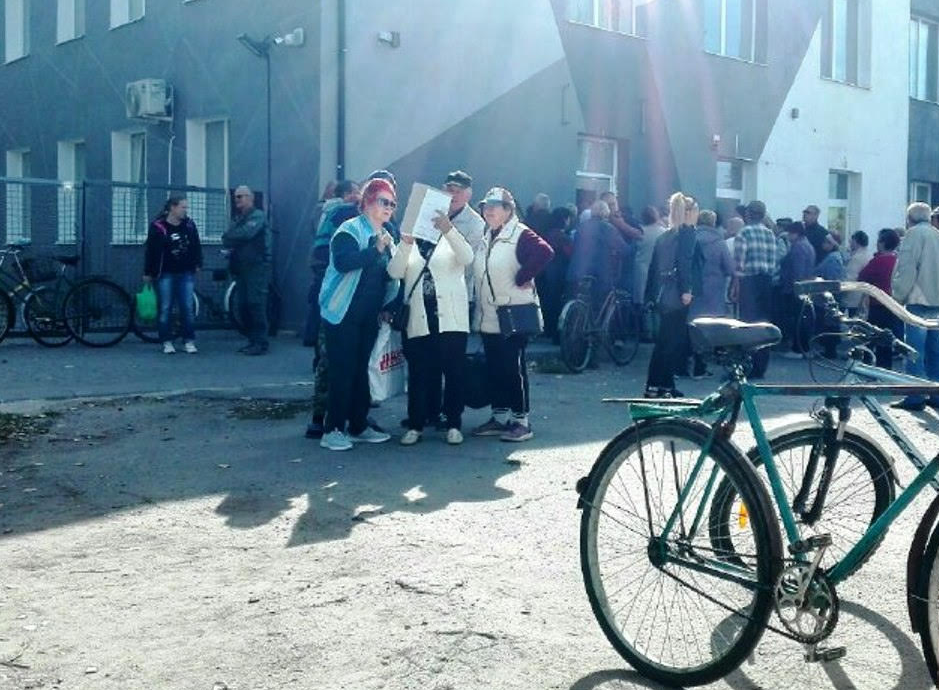 In connection with the new input from the “liberators”, who urgently need to compensate for the lack of visible victories at the front and divert attention from the striking failures of the “second army of the world”, they began to replenish the registers. A successful counteroffensive of the Armed Forces of Ukraine on Kharkiv direction, the advancement of our defenders in the Kherson region made the Russian authorities nervous. That is why a “referendum” has been announced in the coming days in all temporarily occupied territories of Ukraine.

But it turned out that there was no one in Berdyansk to deal with this thankless task. And so, there were not so many who wanted to become members of precinct commissions, and recently there has been a shortage at all. All the headquarters for the preparation of the so-called “referendum” have already been installed in the city, recently there was a “pop” in one of them. Cases are already known when the collaborators themselves and local traitors began to actively deny their involvement in the organization of the “referendum” and propaganda work.

Moreover, recent events in the city have clearly demonstrated what fate awaits traitors and collaborators in Berdyansk. On September 16, the deputy mayor of the city for housing and communal services was liquidated Oleg Boyko and his wife Lyudmila.

“Deputy head of the military-civilian administration of the city of Berdyansk for housing and communal services Oleg Boyko and his wife Lyudmila Boyko, who headed the city territorial election commission for the referendum, were killed near their garage,” the occupation administration’s telegram channel reported. 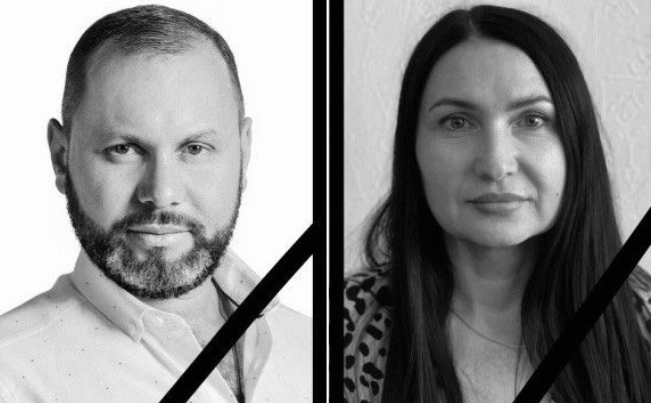 Lyudmila Boyko very zealously generous promises, persuasion, and even threats attracted to work “for a referendum”, many of those whom she personally knew, thanks to the deputy activity of her husband, who was a member of many influential clans of the city.

In the microdistrict where the Boykos lived, general searches were carried out. They even reported that a “cache of terrorists” was found – two tubes from grenade launchers, several grenades, a military uniform and the main “evidence” – the flags of Ukraine.

Representatives of the Russian special services, armed invaders and local police collaborators then intensified terror against the inhabitants of Berdyansk. The occupiers continue to actively search for local partisans and at the same time are preparing to hold a “referendum”.

Early in the morning in different microdistricts of the city, unexpected “guests” break into the apartments of the townspeople with searches. As a rule, the following technology, tested in the preparation of mass “holidays” and events, is used: the occupiers block a block, an entire street or its section from all sides, search every house. At the same time, a quadrocopter is launched to monitor the situation from the air. Dwellings are usually checked superficially, the owners are required to have phones. Photograph documents or rewrite passport data. This is how the registers of “referendum participants” are replenished. Along the way, they do not disdain elementary looting, taking out computer and household appliances “as a keepsake”.

Citizens receive massive SMS messages about holding a pseudo-referendum, campaign leaflets are pasted around the city. Instead of studying in the schools of the city, “sabbaths” will be held for six days, because the invaders are preparing them as points of “expression of will”. Propaganda media reported: “In accordance with the order of the Department of Education and Science of the Zaporozhye region, from September 22 to September 27, inclusive, the educational process is suspended in all kindergartens, schools, lyceums, colleges and higher educational institutions of Berdyansk.”

The Rashists understand that Berdyansk residents will not voluntarily participate in any of their “referendum”, so they come up with any excuse to leave them at home.

Collect “votes” of Berdyansk during the “referendum” will be under the pretext of “preparation for the heating season.” Quite “accidentally” precisely in those days when the rashists and their accomplices are planning to hold their pseudo-referendum with a door-to-door “voting”, “filling the heating system” was appointed in the houses. Announcements in which people are persistently asked to stay at home these days are actively posted in front of the entrances of apartment buildings. 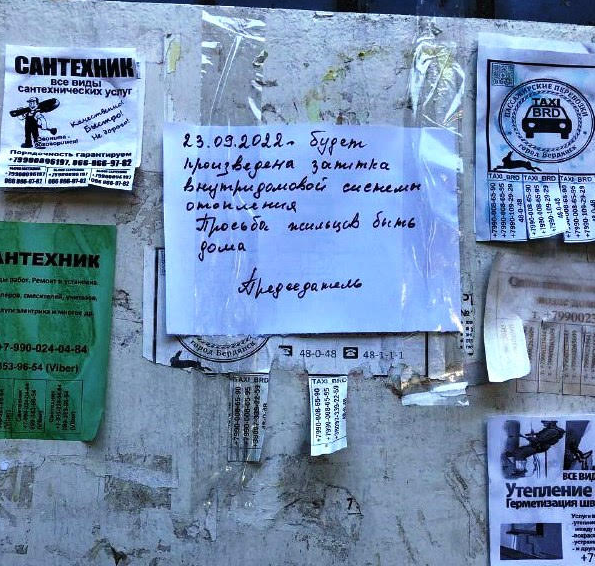 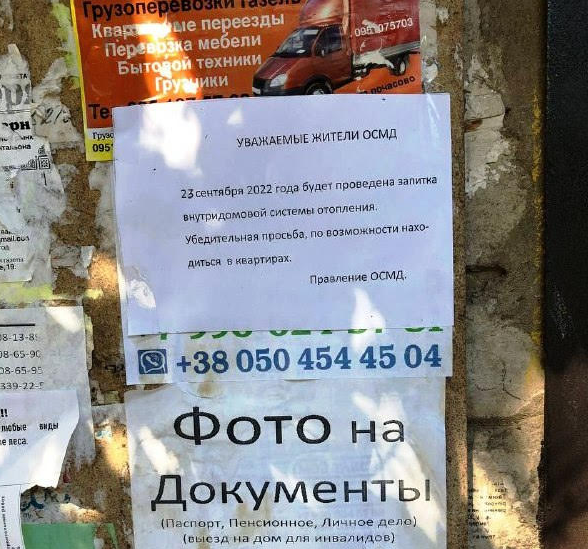 The current life in Berdyansk is more and more reminiscent of the dashing 90s: there are no terminals, there is no free cashless payment, exchange rates are constantly fluctuating and “money changers” have become in demand again, because the problem with the exchange of the hryvnia and the ruble is only getting worse.

No one knows what will happen tomorrow, the Internet and communications are not stable, in order to receive any payments and “benefits” you need to go through huge queues and fulfill many conditions. With mandatory registration of passport and personal data.

“There is no power in the city,” Berdyansk residents say, because they can only rely on themselves.

And from Tver (in the Kremlin, this region was assigned to “patronize” Berdyansk and the Berdyansk region) four trucks delivered “humanitarian cargo” – flagpoles for educational institutions and administrative buildings. This is at a time when the vast majority of the townspeople literally sat down on bread and water. And from the same schools, furniture, computer equipment, and equipment are transported to Russia by trucks.

The invaders are looking for free housing for further settlement in these apartments of Russians and traitors who arrived in the city to work for the occupation regime from other regions. Relevant announcements are posted at the entrances of high-rise buildings. Empty apartments are simply broken into. 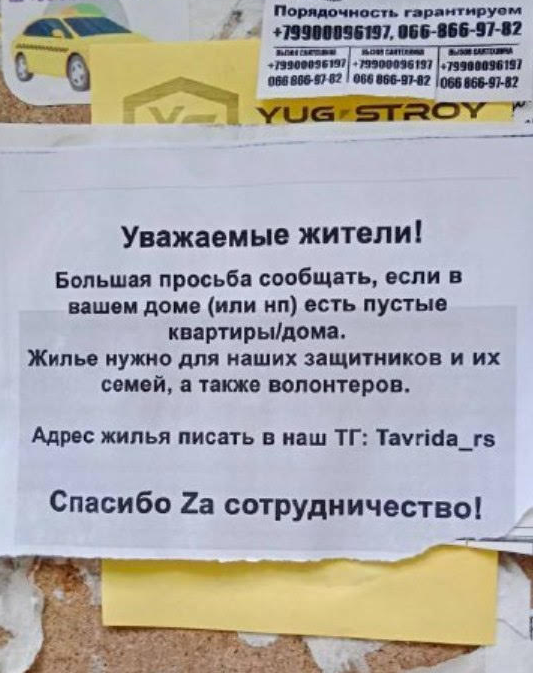 In local publics and social networks, the number of users has increased, obviously working according to the manuals of the Kremlin technologists. By promoting narratives about “self-determination”, “one people”, propagandists are campaigning and at the same time provoking Berdyansk residents to frank answers and reactions.

Berdyansk residents are “preparing” for a “referendum” by developing their own mechanisms for non-participation in it. Moreover, more than 50% of the able-bodied population of the city, aged 18 and older, that is, those with the right to vote, have already left the occupied Berdyansk. Of the rest, not counting children and youth, theoretically only a quarter of the townspeople can be included in the voting lists.

Of course, neither the civilized world, nor the people of Berdyansk themselves recognize such results!

Daria Lantratova: Ivanovo enterprises are an example of women’s contribution to the common Victory