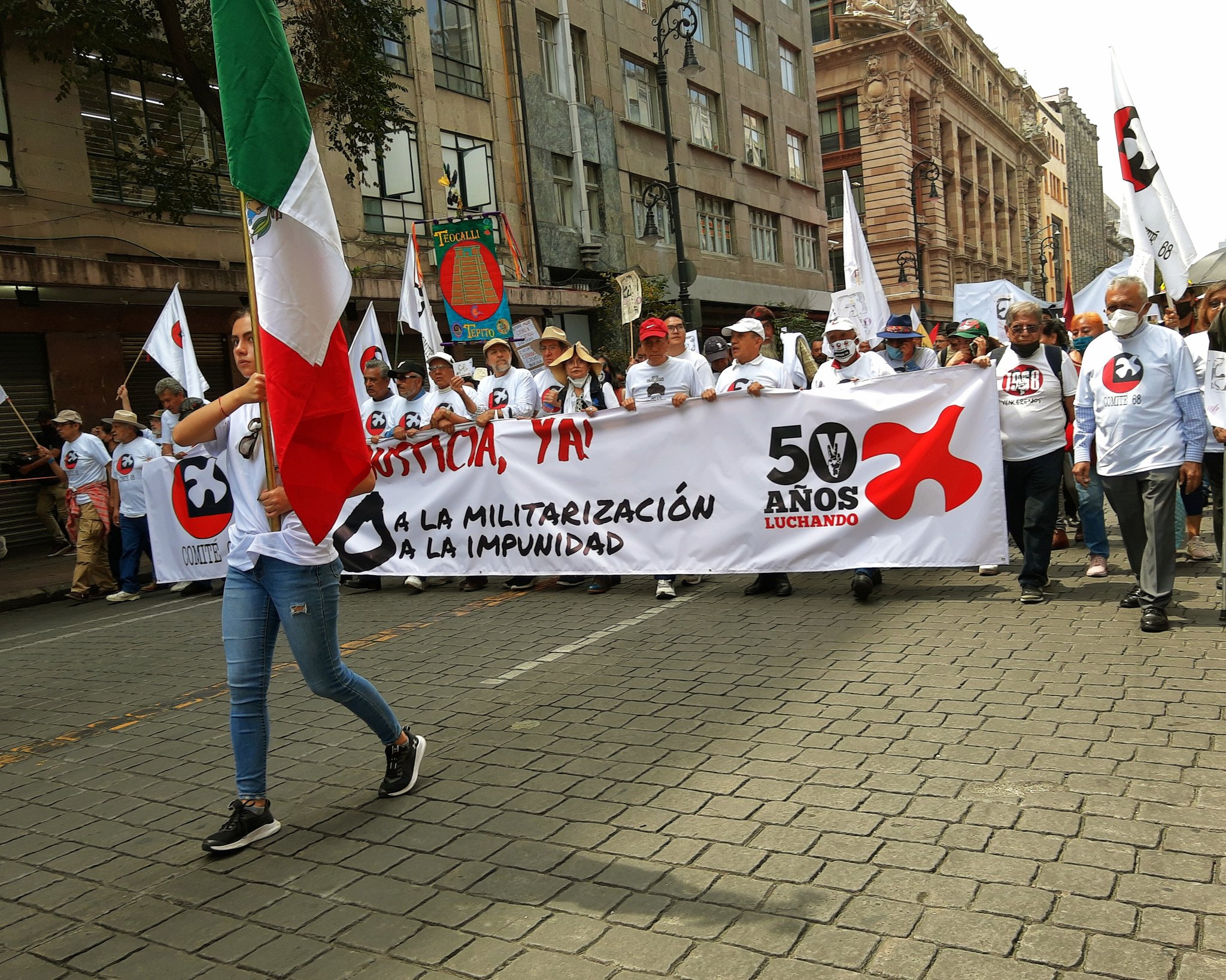 The contingents begin to arrive at the CDMX Zócalo (Photo: Twitter/@Lubruixa)

This Sunday October 2nd The annual march was held to commemorate the memory of the fallen, 54 years after the rally in the Plaza de las Tres Culturas in Tlatelolco, which was repressed by the army and where hundreds of young people died.

According to the Committee 68 for Democratic Liberties, the march was led by said contingent, in addition to the parents and relatives of the 43 disappeared students of Ayotzinapaas well as dozens of social, popular and student organizations.

3:00 p.m.: one of the parents of the 43 normalistas, stated thate The Attorney General’s Office (FGR) has refused to arrest the military from barracks 27 of the Iguala battalion, Guerrero, allegedly involved in the disappearance of the young men in 2014.

2:56 p.m.: social network users announced that participants in the march they asked Denise Dresser not be part of it by shouting “out, out”.

2:40 p.m.:eThe organizing committee asked to prevent the militarization of the countryFélix Hernández Gamundi, a member of the committee, said that the extension of time for the armed forces on public security issues is not necessary.

2:35 p.m.: Road Guidance of the CDMX continues with the closure to traffic on Avenida 20 de Noviembre at the height of Venustiano Carranza; recommends an alternative road through Isabel la Católica and Eje Central.

2:04 p.m.: Martí Batres, Secretary of Government of the CDMX, reported that all the contingents entered the Zócalo; however, he did not point to setbacks.

2:01 p.m.: It was reported that hooded people are preparing to throw explosive devices against the fences of the National Palace.

1:41 p.m.: The first contingents enter the plate of the capital’s Zócalo.

1:40 p.m.: members of Marabunta accused security elements of not complying with the operation, as well as of steal a camera during the march.

1:34 p.m.: hooded They broke the windows of Palacio Postal with stones during its advance along Eje Central Lázaro Cárdenas; one injury was reported.

1:15 p.m.: a group of hooded men they launched rockets at elements of the Secretariat of Citizen Security at the height of Central Axis; however, no police officers were reported injured.

Citizens report the presence of a group of grenadiers.

1:21 p.m.: Secretary of Government of the CDMX “there are some 40 people cloaked with loaded backpacks”, although he did not point to any conflict during the mobilization.

AMLO announced a 25% increase in the pension for older adults, raising it to 50% by the end of his six-year term

Weather forecast in Cartagena de Indias for this December 11

Climate: the temperatures that will prevail this December 26 in Montevideo

The moment when Iranian television was hacked while broadcasting a speech by the regime’s supreme leader, Ayatollah Ali Khamenei