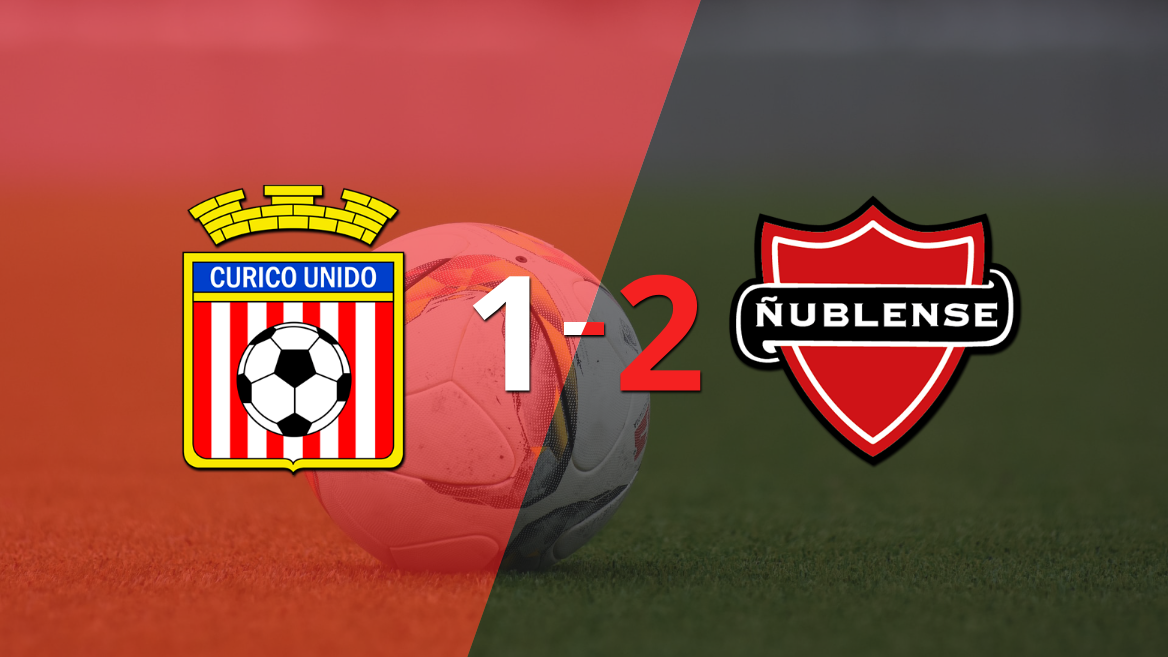 On date 29 of the Chile – PlanVital Championship 2022 tournament, Ñublense added three points with the 1-2 win against Curicó. The goal of the match for the locals was scored by Mario Sandoval (7′ 1T). While the away goals were made by Alexander Aravena (32′ 1T) and Nicolás Guerra (14′ 2T).

Mario Sandoval earned applause with his brilliant finish 7 minutes into the first half. After an individual play on the right, the midfielder finished off the goal from the door of the area and placed the ball at the right post. Impossible for the goalkeeper!

In the 46th minute of the second half, Ñublense had the chance to get ahead of the scoreboard with a shot from Nicolás Guerra that crashed into the post.

Another player who had a great game was Nicolás Guerra. The Ñublense attacker shone by converting 1 goal, kicking 2 times and making 8 correct passes.

The game was fouled with fouls and the players put in more strong legs. There were a large number of cautioned: Bernardo Cerezo, Bayron Oyarzo, Nicolás Vargas, Nicolás Guerra, Fabián Cerda, Mario Sandoval, Manuel Rivera, Giovanni Campusano and Nicola Pérez. Mario Sandoval was sent off after receiving his second yellow card, in the 94th minute of the second half.

For its part, Jaime García’s team came out with a 4-3-3 tactical arrangement with Nicola Pérez under the three sticks; Rafael Caroca, Nicolás Vargas, Giovanni Campusano and Bernardo Cerezo in defense; Lorenzo Reyes, Patricio Rubio and Federico Mateos in midfield; and Nicolás Guerra, Alexander Aravena and Matías Moya up front.

Rodrigo Carvajal was in charge of supervising the order of play during the match.

On the next day Curicó will face Coquimbo Unido as a visitor, while Ñublense will play at home against Colo Colo.

In this way, the local is in third place in the championship with 48 points, while the visit, with 51, is in second place.