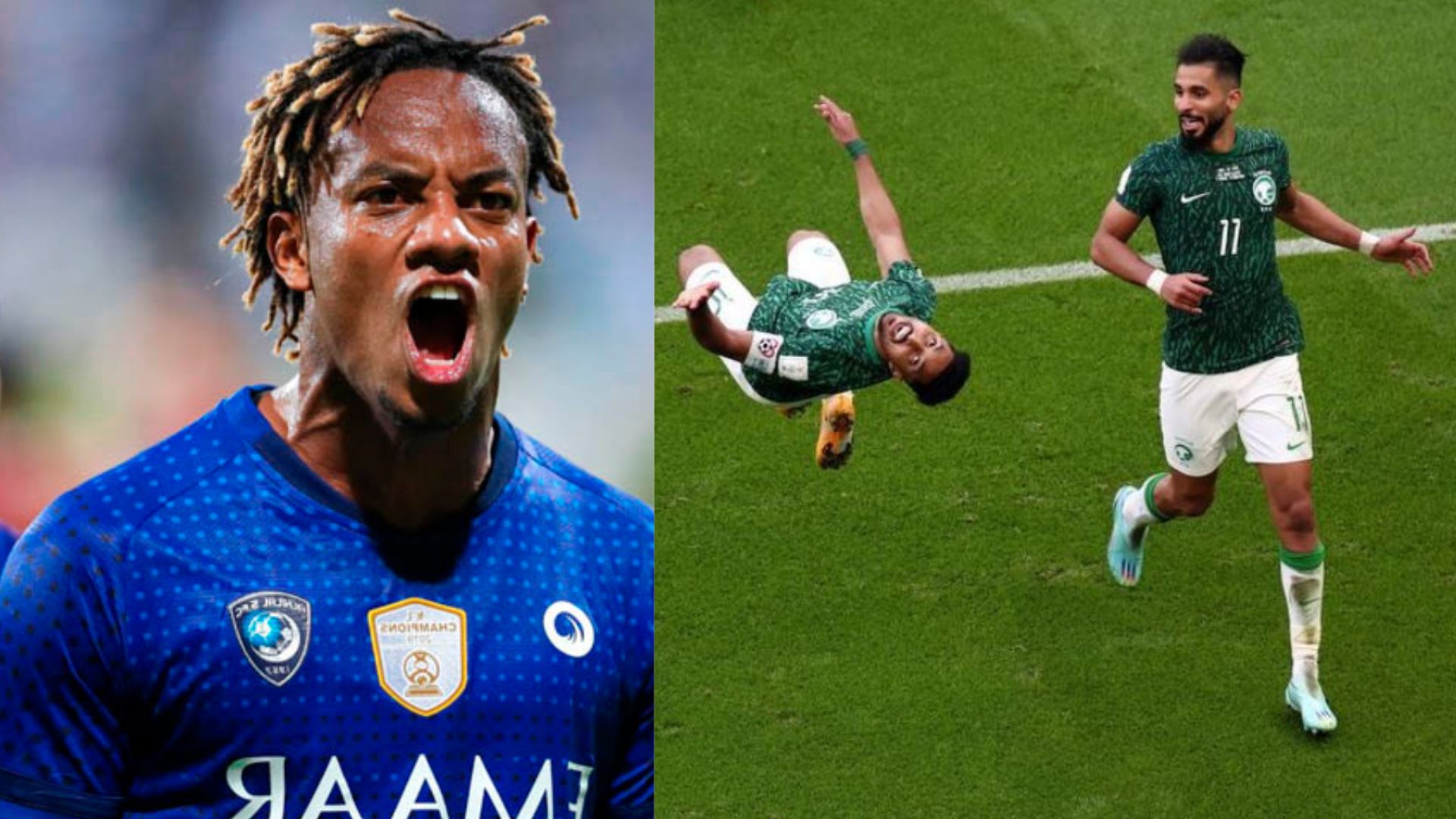 Saudi Arabia gave the coup on the first day of the World Cup Qatar 2022 by defeating 2-1 Argentinaa priori one of the favorites of the tournament organized by the FIFA. The protagonists of the historic victory have a link with our country, since ten of the titleholders are teammates of two Peruvian teams.

Andre Carrilloattacker of the ‘blanquirroja’ and the al hilal of Saudi football, shares a changing room with nine of the 11 starters who beat the ‘albiceleste’ of Lionel Messi.

It may interest you: Argentina suffered an unexpected defeat in their debut and was left with no margin of error in the World Cup

After the victory of his colleagues, Carrillo celebrated the unexpected result. “Historical victory”, published the soccer player on his Instagram account. 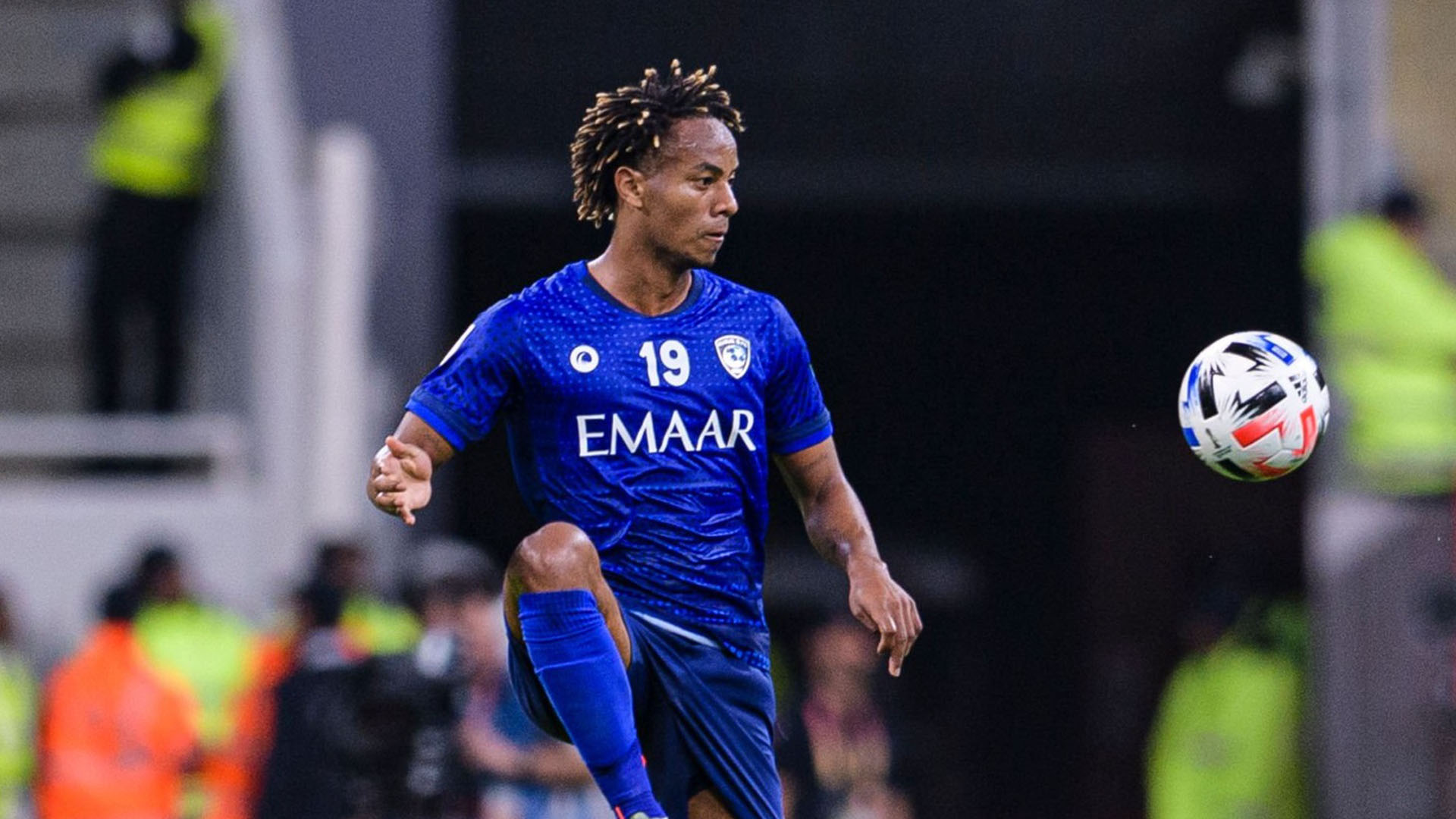 André Carrillo is a multi-champion with Al Hilal. (Getty Images)

André is not the only Peruvian player with teammates in the Asian team. christian cavethe recently released captain of the ‘bicolor’, and the striker Alex Valera, share a dressing room in the Al Fateh with attacker Firas Al Buraikan.

The only footballer of the 11 that the French coach herve renard sent to the field of play against Argentina that does not play with a Peruvian is the defender Hassan Tombakti, who plays for Al Shabab of the Pro Lague.

Carrillo has been playing for Al Hilal since 2019 and since his arrival he has won three Saudi leagues, two AFC Champions Leagues and three Saudi Arabian Super Cups. Saudi Arabia.

Christian ‘Aladdin’ Cave He came to Al Fateh in 2021 from Turkish football and despite having good individual figures, 16 goals and the same number of assists in 48 games, he has not been able to celebrate any title with his squad. Alex Valera joined the team in August 2022 as the most expensive sale in the history of Universitario de Deportes.

It may interest you: Lionel Scaloni’s sentence after Argentina’s fall against Saudi Arabia: “In the World Cup you can’t be wrong, there’s no other choice but to get up” 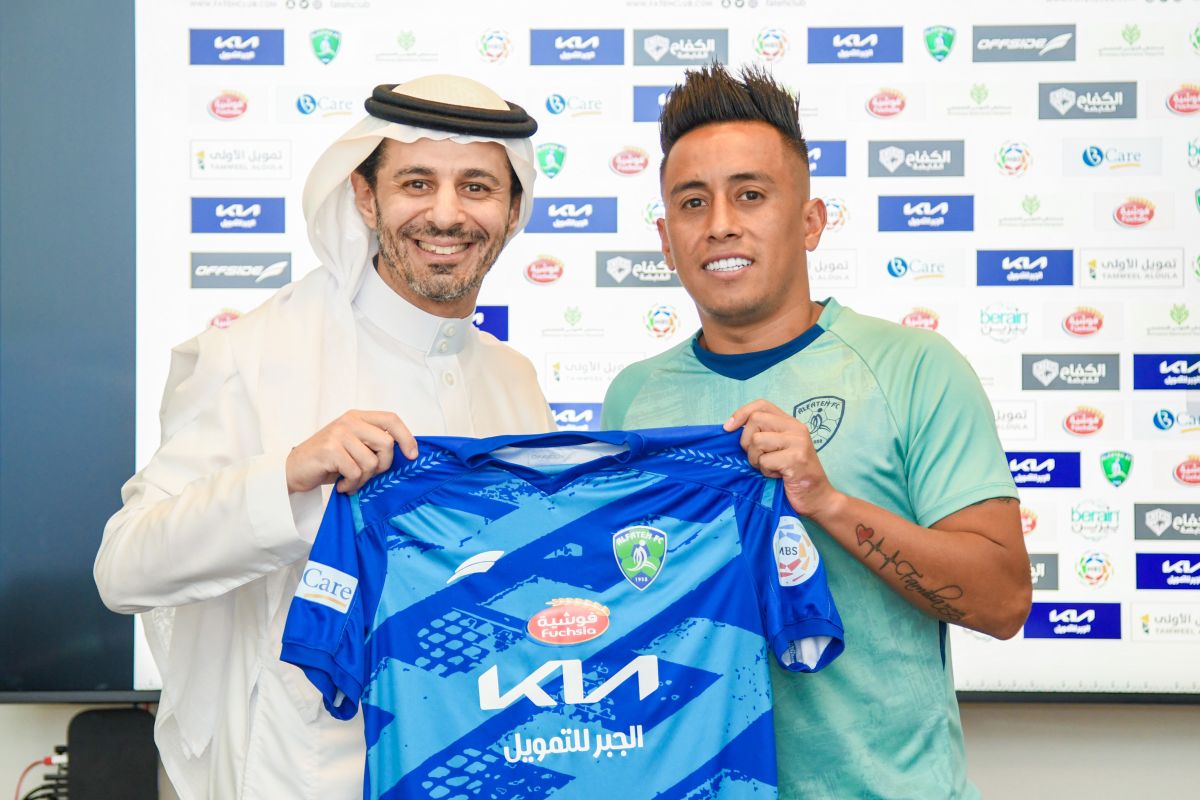 Saudi Arabia’s 2-1 victory over Argentina created a stir around the world and Peru was no exception. The striker of Alianza Lima, Jefferson Farfanwas one of the football personalities who spoke about it and asked for “humility” from those who underestimate their opponents.

After Salem Al Dawsari’s score, with which the score was turned around, the 38-year-old footballer shared his reaction on his Instagram account. “A little humility, a little humility, don’t look down on the other teams. What a great goal!” said Jeffrey.

“This is called humility,” he wrote in another story alongside a graph of the Saudi feat.

It may interest you: Argentina lost again in the debut of a World Cup after 32 years: how did it go every time it stumbled in the first game 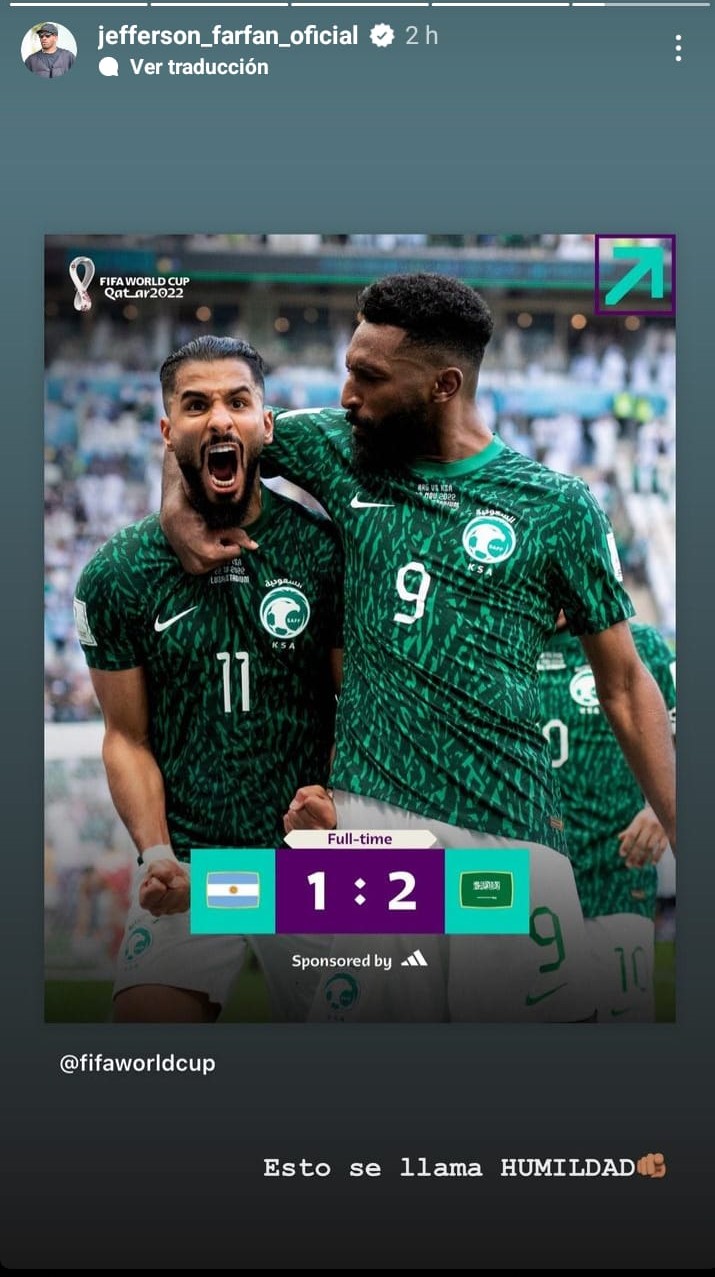 Lionel Messi, captain and top figure of the Argentine team, was dismayed after the unexpected result obtained in the debut of the Group C of the World Cup Qatar 2022.

“It’s a very hard blow for everyone because we didn’t expect to start this way, but things happen for a reason and you have to prepare what’s coming. We have to win or win now, but it depends on us, ”he noted after the game.

However, despite the unease, there is room for optimism and the ‘Flea’ asked the Argentine fans to trust the plan of lionel scaloni. “I tell people to trust, that this group is not going to let them down,” he declared. 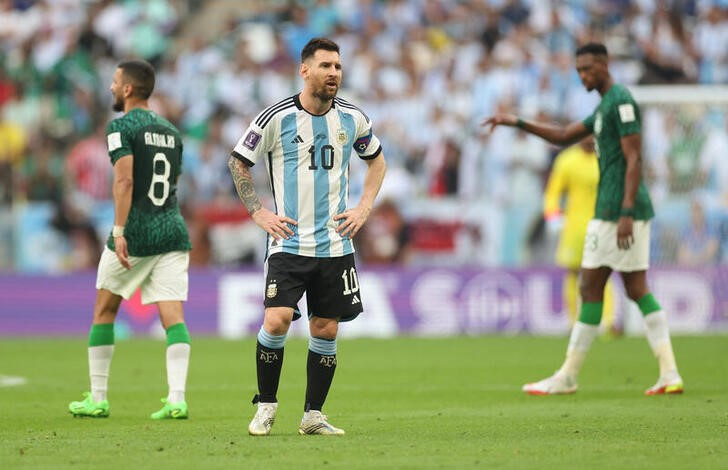 The disappointment of Lionel Messi after the defeat against Saudi Arabia. (Reuters/Carl Recine)

André Carrillo recalled his goal with the Peruvian team in the 2018 World Cup in Russia: “It will remain marked in my heart”
Peruvian National Team: World Cup qualifiers would begin in June 2023
Peruvian team and the time they thrashed Iran in a World Cup with a hat-trick by Teófilo Cubillas

The latest news is on our Telegram channel. Subscribe!

“I’m not considering other options”: 44-year-old Olga Orlova told in which country she will give birth