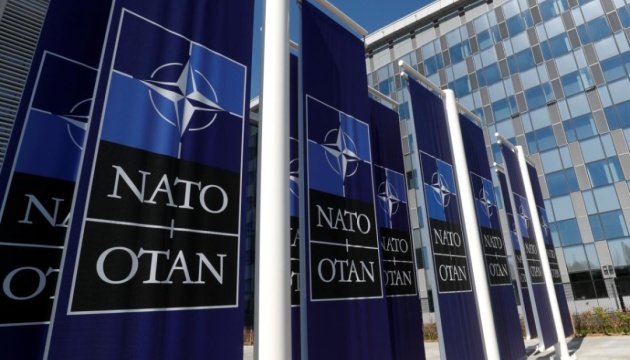 The North Atlantic Council has warned Russia about holding fraudulent “referendums” in the temporarily occupied territories of Ukraine, as these actions, along with Russia’s announcement of “partial mobilization”, are a step towards escalation in Russia’s aggressive criminal war against Ukraine.

According to Ukrinform, this information was published on the NATO website.

“We strongly condemn the plans to hold so-called “referendums on the accession to Russia of Ukrainian regions that are partially controlled by the Russian military… Such Russian decisions, including partial military mobilization, are a step towards further escalation in Russia’s criminal war against Ukraine,” the statement said. North Atlantic Council.

NATO member countries recalled the UN General Assembly resolution of March 2, 2022 entitled “Aggression against Ukraine”, confirming that no territorial claims resulting from the use of force or the threat of force will be recognized.

“The Allies do not and will never recognize the Russian criminal and illegal annexation of Crimea. Fraudulent “referendums” in the Donetsk, Luhansk, Zaporozhye and Kherson regions of Ukraine have no legitimacy and will be a gross violation of the UN Charter, NATO allies do not recognize their illegal and illegal annexation. These lands are Ukrainian. We call on all states to reject this Russian blatant attempt to seize territories, ”the document says.

The members of the North Atlantic Council rejected Russia’s irresponsible nuclear rhetoric and noted that it is Russia that bears full responsibility for the war, for the inevitable suffering that its aggression brings to the people of Ukraine, and for the price this war will have for the Russian citizens who are now mobilized.

“Russia holds in its hands the end of this conflict. Russia must immediately stop this war and withdraw from Ukraine,” the statement said.

NATO Allies reaffirmed their firm support for the independence, sovereignty and territorial integrity of Ukraine within its internationally recognized borders, as well as Ukraine’s inalienable right to self-defence. NATO Allies will remain resolute in providing political and practical support to Ukraine, which continues to defend itself against Russian aggression.

The North Atlantic Council emphasized that NATO is a defense alliance and will continue to strive for peace, security and stability throughout the Euro-Atlantic space. At the same time, the allies are united in their readiness to defend and protect every inch of the territory of the Alliance.

As previously reported, Russian President Putin on September 21 announced a partial mobilization in Russia, supported plans to hold so-called “referendums” on joining Russia in the temporarily occupied territories of Ukraine, and made further threats to the whole world regarding readiness to use nuclear weapons.

where Kyiv has entered again, there will be bloody terror and squealing

Trade Union of Journalists fined 500,000 rubles for “discrediting the army” | News from Germany about Russia | DW

Bookmakers gave a prediction for the match Armenia