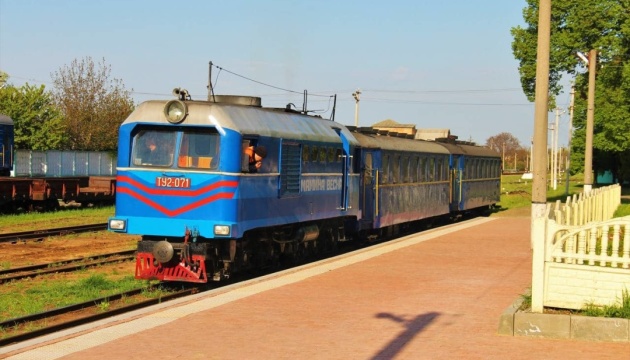 JSC “Ukrzaliznytsia” from August 1, changes the frequency of running the daily flight of the narrow-gauge train Hayvoron – Rudnitsa.

According to Ukrinform, this was reported by the press service of the company in Telegram.

It is noted that due to the gradual increase in passenger traffic, from Monday, August 1, the daily train No. 6271/6274 with the Gayvoron-Rudnitsa message will run on a daily basis, except for Saturday. Previously, the train operated flights three times a week – on market days.

In addition, the evening train No. 6273 Gaivoron-Rudnitsa also changes the timetable: departure from st. Gayvoron at 17:10, arrival at the station. Rudnitsa – 21:25.

In the meantime, work continues on the restoration of the Gaivoron-Golovanovsk section, and commuter trains will run there in the fall.

Naryshkin accused the West of organizing accidents at Nord Stream

Andrey Malakhov – about Alexander Mitroshenkov: It is important that there is a person you can rely on!