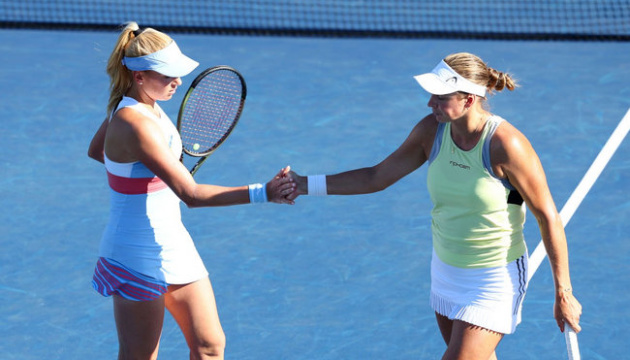 The Women’s Tennis Association (WTA) tournament with a prize fund of $251.75 thousand continues in Seoul (Republic of Korea).

Seeded under the 4th number, Ukrainian Nadezhda Kichenok and Oksana Kalashnikova from Georgia failed to reach the 1/2 finals of the doubles competition, Ukrinform reports.

In the quarterfinals, Kichenok and Kalashnikova lost 1:6, 3:6 to Koreans Na Le Khan and Su Zheng Chan in 1 hour and 10 minutes, Ukrinform reports.

The hostess will compete for a ticket to the final with the leaders of the “seeding” Americans Aja Muhammad and Sabrina Santamaria.

The WTA hard tournament in the Korean capital will be held until September 25.

Who gave the order to undermine the Nord Stream, the expert suggested

“What a handsome man!”: Vysotskaya showed a mature son from Konchalovsky