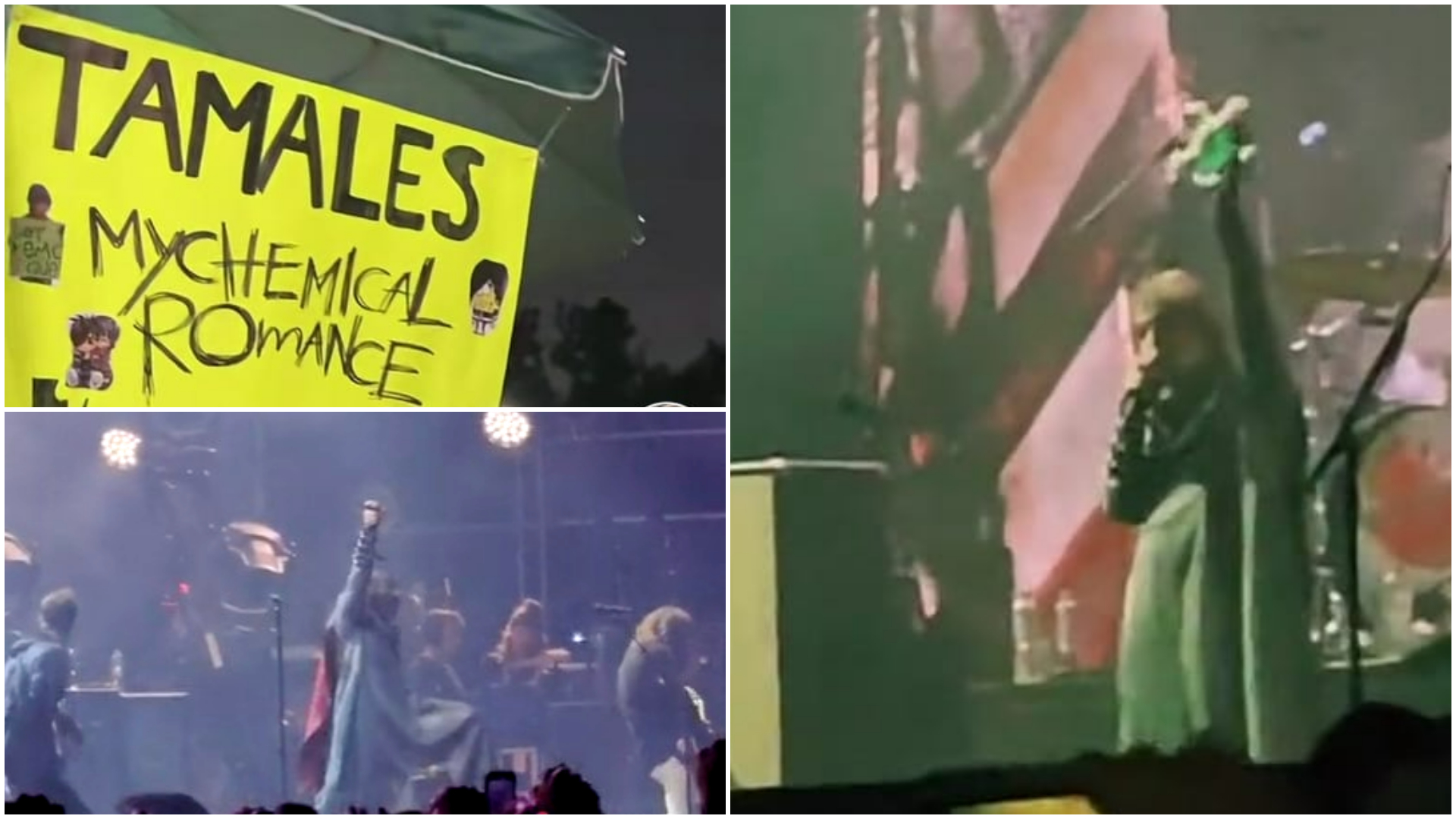 Social network users were puzzled when the concert ended and “I don’t love you” was not played. (TikTok Captures)

My Chemical Romance closed with a flourish on the first day of the Crown Capital 2022 and, although his fans went crazy with his set listmany expressed their discontent because they did not play one of their greatest hits, I don’t Love You. However, their show at the Hermanos Rodríguez Autodrome was full of surprises, from their “emo anthem” to the Dr. Simi stuffed animals they received and some tamales inspired by his concept.

The American group has been breaking it all over the world for more than two decades and every time they visit Mexico they unleash euphoria among their fans, since their music accompanied a whole generation of adolescents who were part of the urban tribe emo. Many have grown up and, although many no longer only dress in black, white and fuchsia, they remain faithful to their favorite artists. 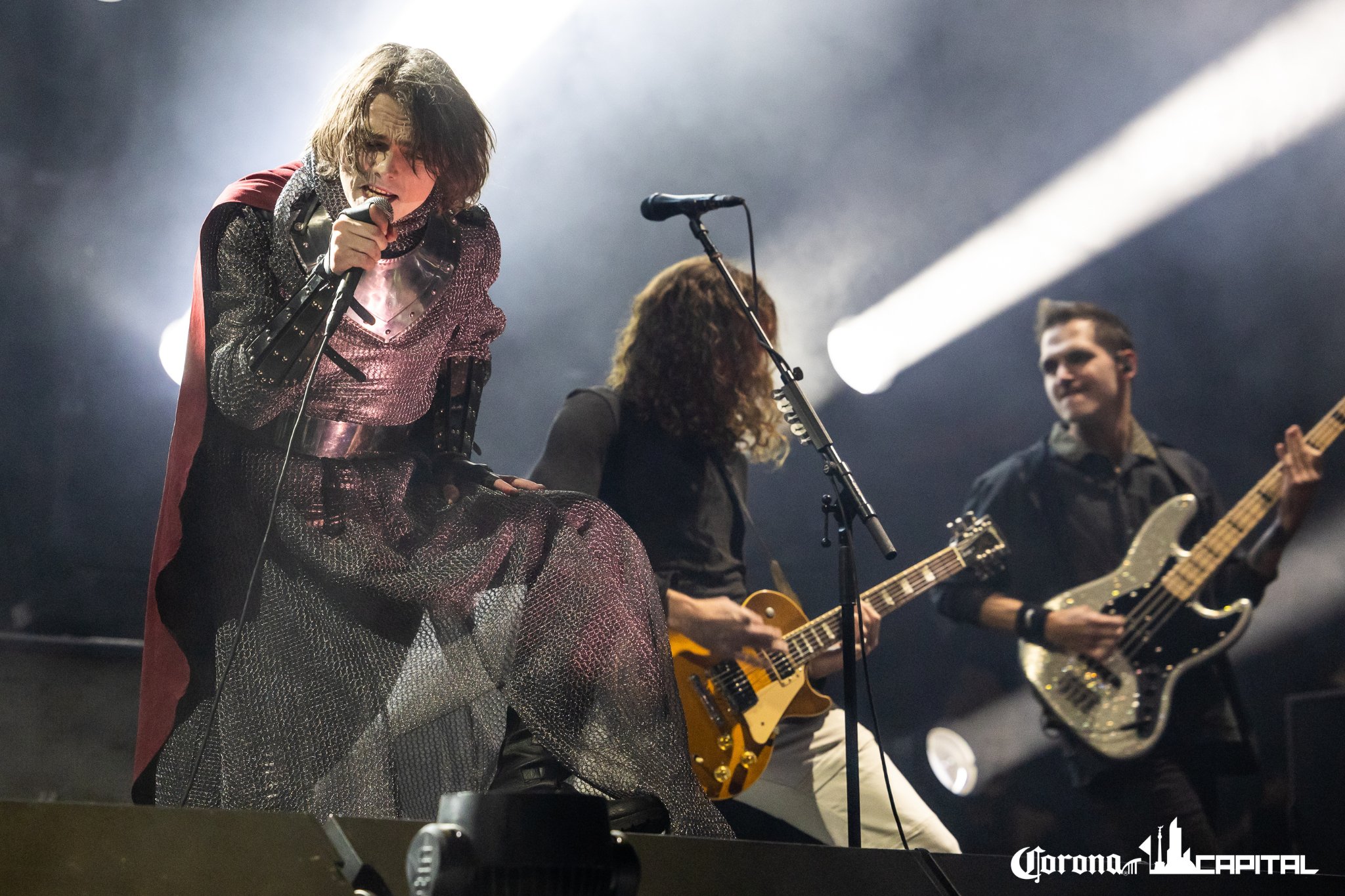 After six years apart, My Chemical Romance returned to the music scene with a tour that passed through Mexican lands thanks to Corona Capital 2022. On this occasion, they jumped on the Corona stage at 11:30 pm sharp wearing their iconic looks. The one who undoubtedly stole the looks was Gerard Way -vocalist- thanks to his medieval costumes and a skeleton costume.

This is what the Dr. Simi look like that fans prepared for the artists and groups of Corona Capital 2022

Throwing the peculiar stuffed doll onto the stage has become a tradition for the Mexican public, so it could not be left out of one of the most anticipated festivals this year.

The screams and jumps were not present when My Chemical Romance It started with Bury Me In Blackthey followed with The Foundations of Decay, I’m Not Okay and Three Cheers for Sweet Revengebeing this last release from 2004. Among other songs that they played stand out Give Em Hell Kid, Boy Division, The Ghost Of You, Planetary Go, Teenagers Y helena.

Although TikTok broadcast his presentation live, the best moments are available on the festival’s official account in the same application or in other profiles, since many attendees captured their performances.

The massive event will take place from Friday, November 18 to Sunday, November 20 with the stellar presentation of Miley Cyrus, My Chemical Romance, Paramore and Arctic Monkeys

Among the videos that attracted the most attention is one where an attendee boasted that at the festival My Chemical Romance tamales were being soldsomething that without a doubt unleashed laughter among users.

The classics Thank You For The Venom, Na, Na, Na Y Motherhowever, was missing I Don’t Love You. Many attendees turned to their social networks to express their dissatisfaction with what happened, such is the case of Gaby, who confessed to being a little sad for not listening to this song live, since she considers it a fundamental piece in the group’s trajectory. .

“My heels are well peeled by the boots, I am well peda, everything so that My Chemical Romance will not touch I don’t love you crazy they didn’t touch it, but hey, the net was really cool because it was like going back to that time, to puberty, when My Chemical Romance was very trendy and it was like wow. But crazy they played all the hits […] but they did not close with I Don’t Love You”, he counted. 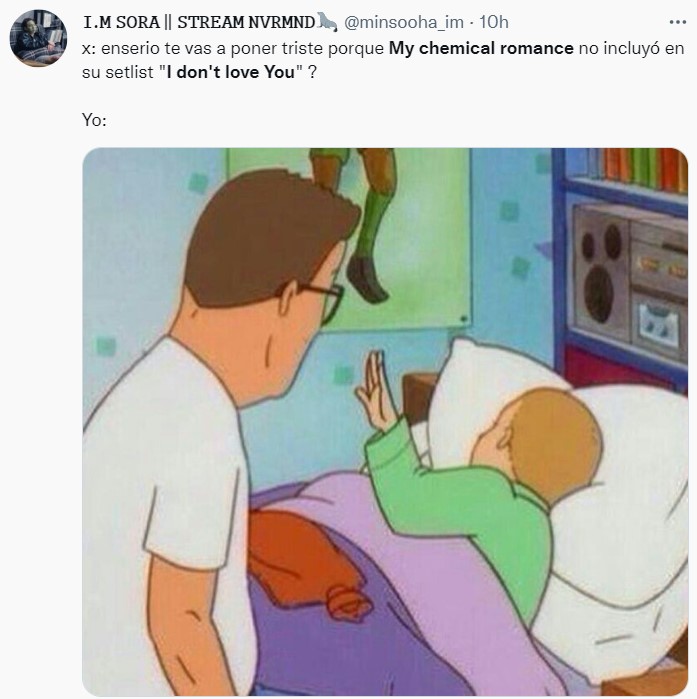 On the other hand, during the concert the band received several stuffed animals from DR. Simi, a gesture of affection that marked all the presentations offered by big stars this year in Mexico. It is worth mentioning that, when they became a trend on social networks, they caused some Mexicans outside the country to look for a way to follow the now tradition in other events.

This happened to the band itself in Budapest, when they unexpectedly received a doll without knowing what it was. Because of this, this time he did not take them by surprise, on the contrary, they received them with great affection, even Gerard Way asked for more.

Where to see the most anticipated concerts of Corona Capital 2022 for free
Bad Bunny in Mexico: they announced more tickets for their concerts in Monterrey
Eduin Caz announced the sweet expectation of his third child with Daisy Anahy: “The best is already happening”

In Ukraine, showed the algorithm of actions in case of a nuclear attack

Russia may use nuclear weapons over Ukraine – AFP