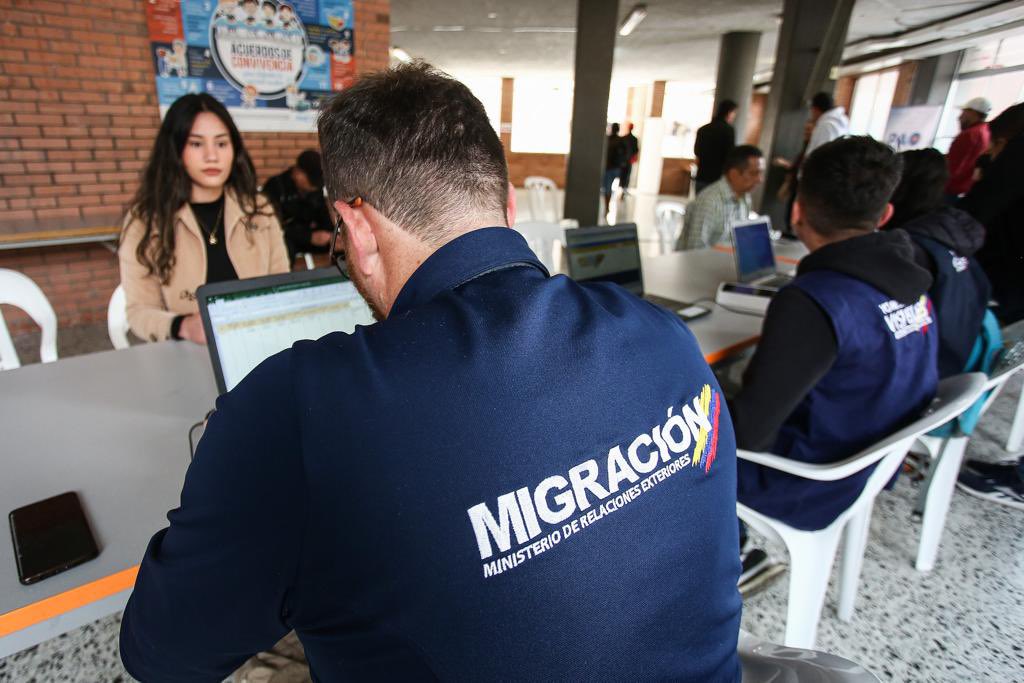 Colombian Migration started a series of massive deliveries of Permits for Temporary Protection (PPT) to Venezuelan migrants under the slogan ‘PPT Delivery Guaranteeing your rights’ which will allow them to regularize their stay in the country and start an integration process towards access to rights and duties.

The first day, which began on Monday, November 21, 2022, and that will go until Friday the 25th, from 7:30 a.m. to 4:30 p.m. at the Palacio de los Deportes, will look for summon 40 thousand migrantswhose documents are already ready to be claimed.

It should be noted that the following conferences will be held in 2023, in Medellin, Cali, Cucuta, Barranquilla Y Cartagenaand the dates of the meetings will be reported in a timely manner on the migration social networks and on the indicated mayoralties.

For his part, the new general director of Colombian Migration, Fernando García Manosalva, added that “the PPT is a first step towards a longer integration process that leads to the exercise of rights. Although it does not automatically guarantee your access, it is the key that opens the door to this process, with the first right, which is to have an identity”.

García added that according to figures from Colombian Migration, of the 2.5 million Venezuelan migrants who started their pre-registrationIn application of the Temporary Protection Statute, more than 1.6 million permits have been authorized, of which 1.5 million have been printed and delivered.

It should be noted that the conference held in Bogotá is organized by Migración Colombia, with the support of the Spanish Agency for International Cooperation for Development AECID and in partnership with the administration of the Mayor, claudia lopez.

Of the nearly 2.5 million Venezuelan migrants who began their pre-registration under the Temporary Protection Statute, more than 1.6 million permits have been authorized. Photo via: migracioncolombia.gov.co

During this first “Entregatón”, Migration Colombia sent via cell phone to the migrants whose document was ready, the date and table for its delivery. In addition, it had a button on the web portal migrationcolombia.gov.co to enter and check in advance if the PPT is ready, so that they can schedule an appointment for the day that corresponds to them.

This permit will be delivered to those Venezuelan citizens who have complied with the different stages of the Temporary Protection Statute and to date have not yet been able to claim it. During this day, biometric registration services will be provided to categorize migrants who have not completed the second phase of the process.

The Spanish ambassador in Colombia, Joaquín De Arístegui, assured that Spanish Cooperation has committed 100 million euros for projects in Venezuela and the region, of which, “more than 30% have been invested in Colombia to promote comprehensive care, which guarantees the rights of both migrants and returnees and promote the processes of social and economic integration.”

For her part, the mayoress of Bogotá, Claudia López, stated that the commitment and willingness of the city to host the ‘Entregatón’, one of the largest that has been held in the country since 2021, is essential. stressed that the city continues to consolidate as the capital of migrations in Latin America and the Caribbean.

In addition, for the Inter-American Development Bank (IDB), Bogotá is a model for the region to include, welcome, and generate development and care strategies for populations in situations of human mobility.

Among the initiatives that the Bogota administration has arranged for the “new bogotanos” highlights the facilitation of the nine Specialized District Attention Centers (CADES and SUPERCADES) for the operation of the nine Visible Points of Migration Colombia, where registration, biometrics and the delivery of Permits for Temporary Protection (PPT) are carried out.

Finally, among the other services provided for the ‘Entregatón’, the new Bogotanos will be able to access vaccination in the permanent scheme and scheme against covid-19, attention to EPS affiliation requests, Sisbén survey request, attention from local mayors and Coexistence Managers, advice on school access routes for children and adolescents who are currently out of school, among others.

Easy charity: how social entrepreneurs in Russia are helped to occupy the shelves in stores

The US was horrified by the Biden clause