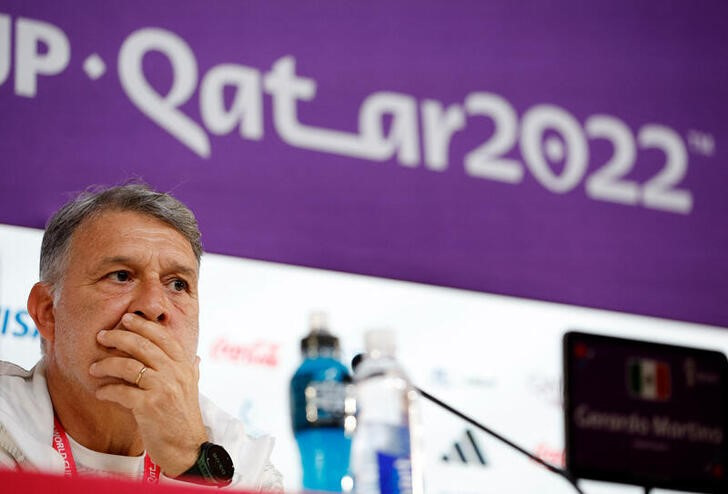 The DT of Mexico, Gerardo Martino, seeks to reconcile the fans with the “Tri” due to the results obtained (Photo: REUTERS / John Sibley)

Prior to the first match of the Mexican National Team in the Qatar World Cup 2022the technical director, Gerardo Martinooffered a press conference in which he warned that the match against Poland will define what happens in Group Cwhere Argentina and Saudi Arabia are also located.

Faitelson and Javier Alarcón destroyed El Tri after Mexico vs. Sweden: “We go with the blessing”

In their last preparation match before making their debut against Poland, Gerardo Martino’s team could not overcome Sweden, a team that will not play the World Cup in Qatar

Accompanied by the starting goalkeeper of the Mexican National Team, Guillermo Ochoa, the daddy Martino acknowledged that the outlook in Group C seems “complicated” to him, as he acknowledged that Argentina is one of the candidates to win the World Cup. Faced with this situation, he revealed the plan he has to reconcile the fans with the tri, Well, he recognized that trust has been lost in the team.

“Group (C) seems complicated to me due to different circumstances. Argentina starts as a candidate to win the World Cup. arabian They have had a different preparation process than the rest of the other teams, as they have more time with their players”

Despite the difficulty of reaching the round of 16, Gerardo Martino He assured that Mexico had had good games since the summer, although they did not achieve the expected results. “The key is that the performance is accompanied by the result. In a World Cup you can play as well as you need, but if you don’t win the match, you stay out”, he asserted. 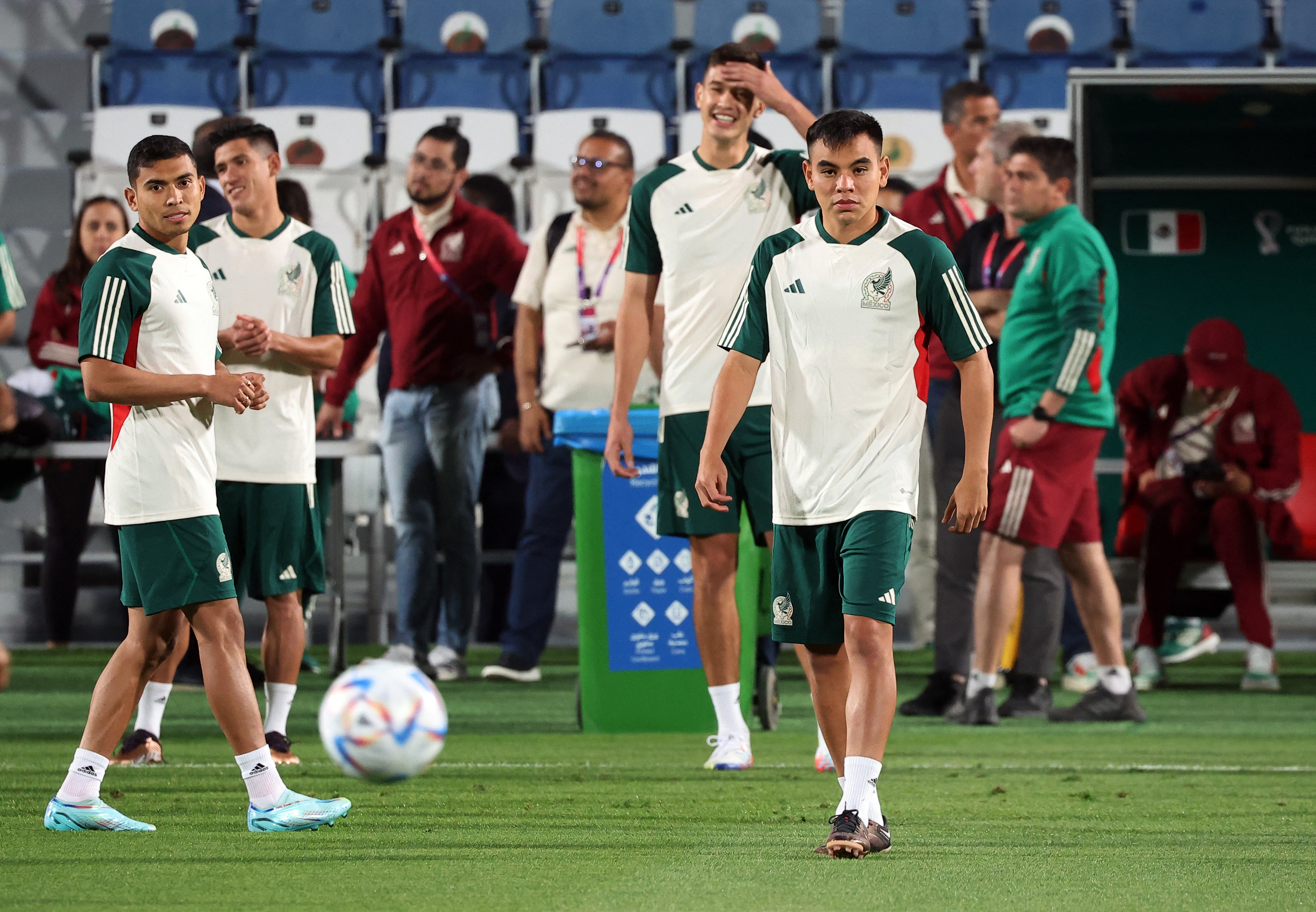 The Mexican National Team is in Group C along with Argentina, Saudi Arabia and Poland (Photo: REUTERS/Kim Hong-Ji)

The tuesday november 22 It will be when Mexico faces the Polish team in search of the first three points of the tournament. However, the strategist of the Aztec team did not want to focus on the performance of Robert Lewandowski, so he limited himself in his statements. Instead, he preferred to focus on the Mexican players.

Martinoli was furious with Raúl Jiménez for his call to Qatar 2022: “I shouldn’t be there”

The Wolves striker returned to play with the Mexican National Team; However, for the TV Azteca analyst he would not have to play in the World Cup

“When you play the World Cup you always find decisive players. It is very difficult not to find very outstanding players. His stage in Barcelona is ambitious and obviously I wish the club all the best for what is to come”, Martino commented on the Polish striker.

Although the face of “Tata” Martino before the media was not worrying, it did not express tranquility either. And that some of the questions had to do with his future within the three. Given this, the 60-year-old Argentine assured that his permanence in the Mexican National Team will not be determined by the results obtained in this tournament.

Tata Martino turned 60; what is known about how he celebrated with the Tri

The Argentine coach is days away from debuting with the Mexican National Team in Qatar 2022, so he is focused on preparing the lineup against Poland

“I don’t feel different from when I debuted with Paraguay in 2010,” Martino said. Regarding the support of the Mexican fans, he indicated that he seeks to recover the confidence that has been lost. Although he warned that with a press conference they will not be able to change the perception that is had, he assured that will try to win the game against Poland to reverse the image of the three. 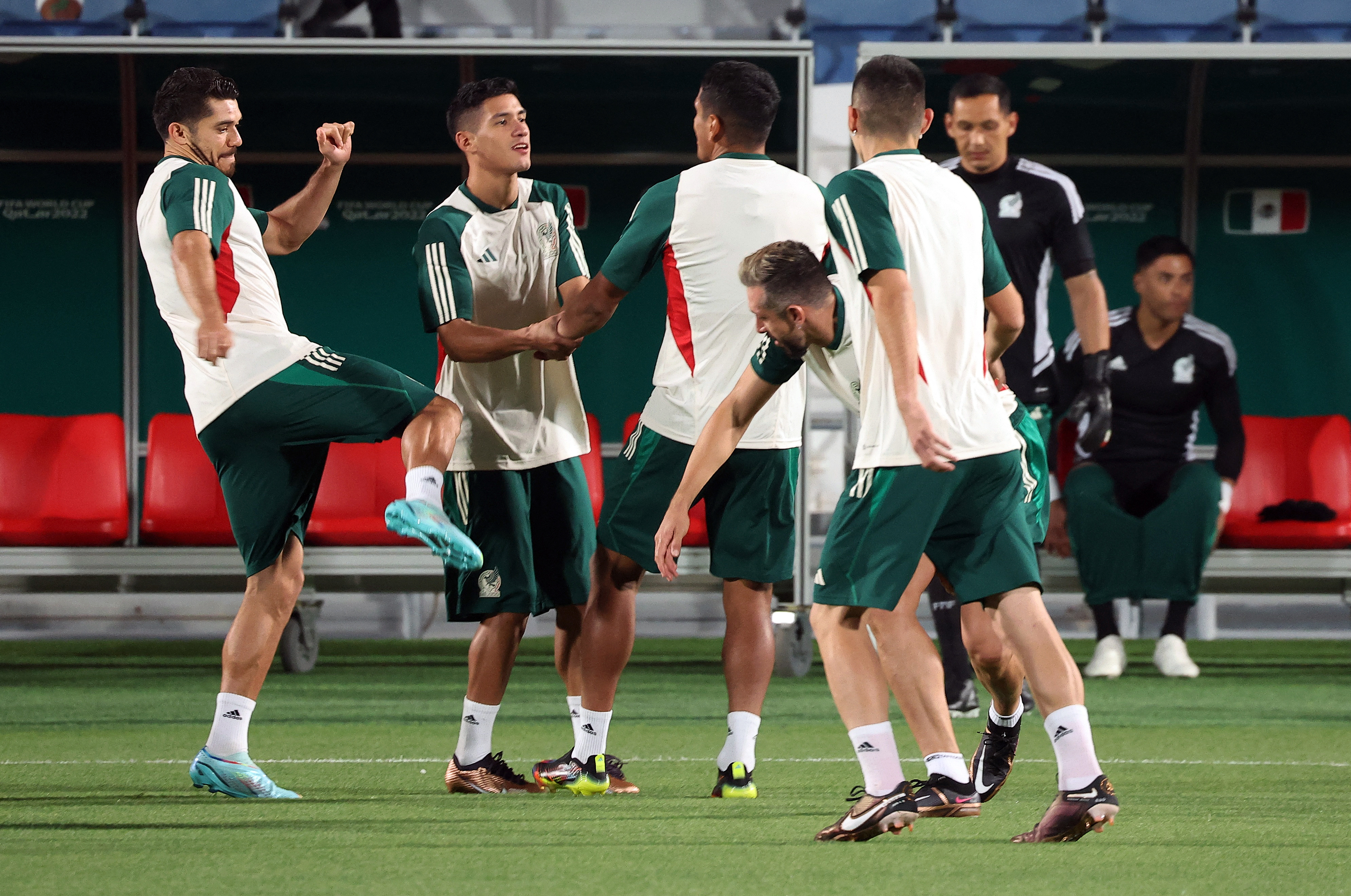 Gerardo Marino assured that he has already defined the number 9, but did not reveal the player who will wear it (Photo: REUTERS / Kim Hong-Ji)

The Argentine strategist explained that Poland usually has a way of playing: “wait and go to space”. For this reason, he indicated that Mexico’s game mode could be the same as the one used with Sweden, in which they tried to have the ball as long as possible.

He also assured that he has already defined the player who will wear the number “9”, although he did not reveal who it will be. However, it is presumed that it could be the América striker, Henry Martín, instead of Rogelio Funes Mori and Raúl Jiménez, according to a reporter from Fox Sports.

For his part, goalkeeper Guillermo Ochoa -who will play his fifth World Cup- commented that he has sought a way to provide support to players who have no experience in the tournament. Similarly, he pointed out that the match against Poland will be key to advance to the next round, so they will seek to get the three points.

Tata Martino turned 60; what is known about how he celebrated with the Tri
The bracelet that Kane wore and the gesture of the England team open a question about what Argentina will do after the government’s request
The Netherlands achieved a long-suffering victory against Senegal in their debut at the Qatar 2022 World Cup

Backbone enterprises in Russia: a list of who is included

4,618 residents of Kherson region voted at polling stations in Russia