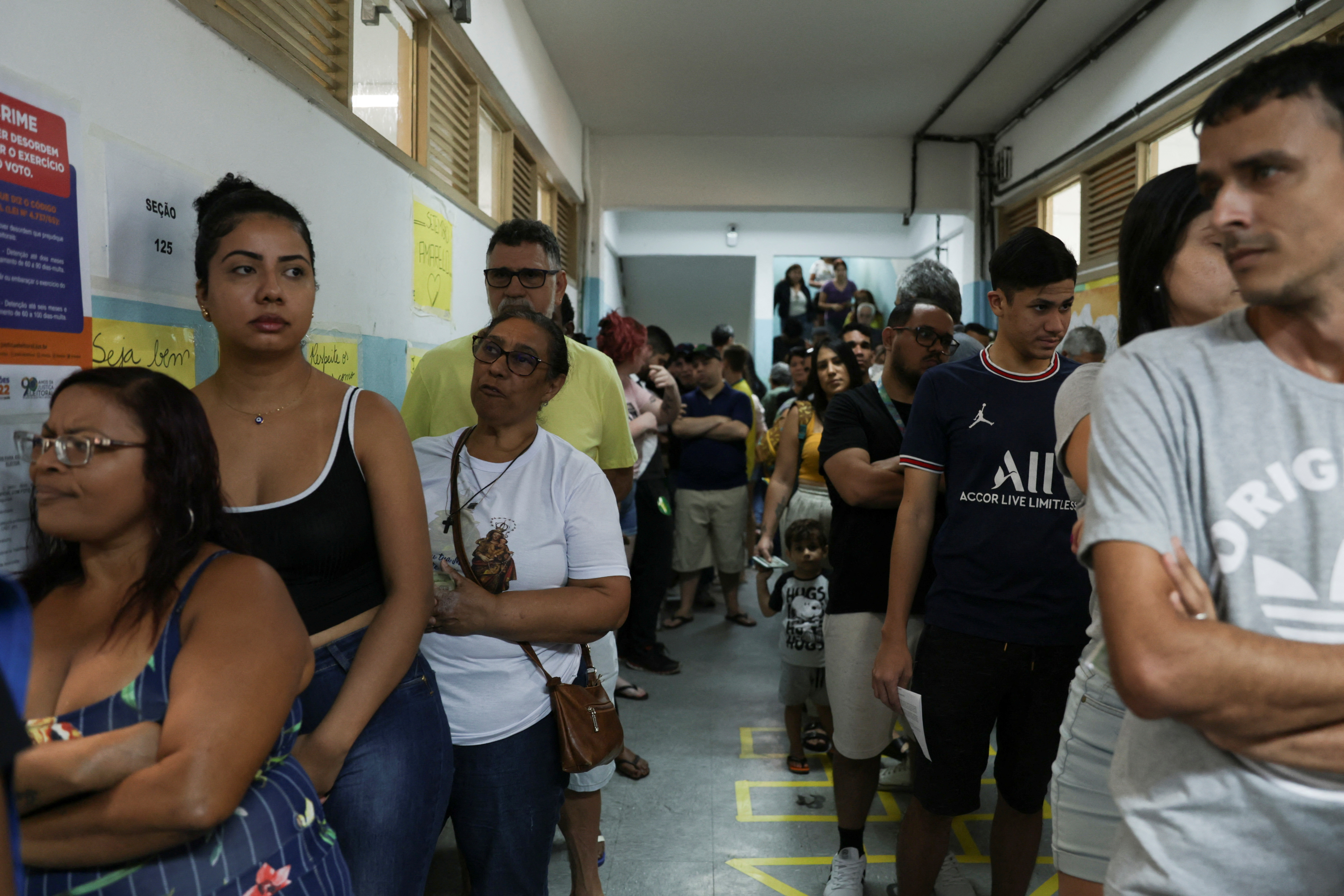 About noon this Sunday, hundreds of citizens from different parts of Brazil expressed their discontent because they are registered long lines at some polling places. According to local media, this is because many people did not register their fingerprint.

The delay has been attributed to the collection of biometric data, which is not yet mandatory in all municipalities. In Campinas, at the Coronel Firmino State School, the delay caused a wait of several hours. Even among the registered some had to try multiple times to get validation and thus be able to vote.

The head of the polling stations of the Municipal Citizenship Center Rinaldo Delamare, in São Conrado, Rogerio Emygidio, believes that “the lack of agglutination of the candidates” caused the delay in the people’s voting. “Voters are not bringing a necklace and so the delay”, he indicated in a statement to Or Balloon. The “necklace” is a piece of paper on which many have the number of the ballot they are going to choose written down.

For its part, Rudy Baldi, judge of the Regional Electoral Office, guaranteed that whoever arrives before 5 in the afternoon, when the polls close, will not be left without voting. “Whoever arrives before 17:00 will vote. Passwords will be distributed in some cases, but it is good to keep in mind that these queues can decrease throughout the day because the process is very dynamic. We already expected this consequence of validationbut when considering this small inconvenience for the voter and the advantages that this initiative can have, the balance tipped towards the advantages”, he added. 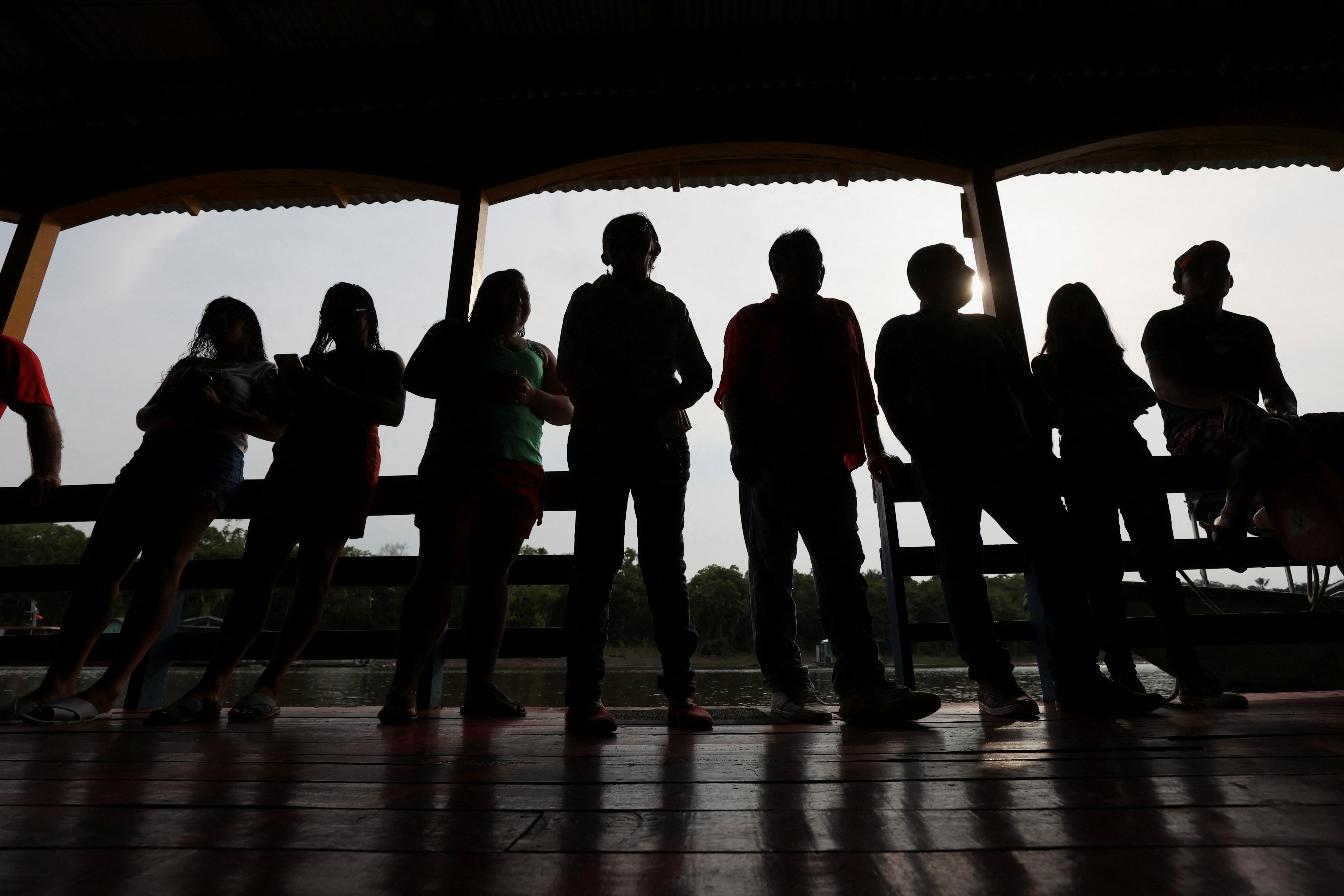 A line at a voting center in Rio Negro, Brazil (REUTERS/Bruno Kelly) 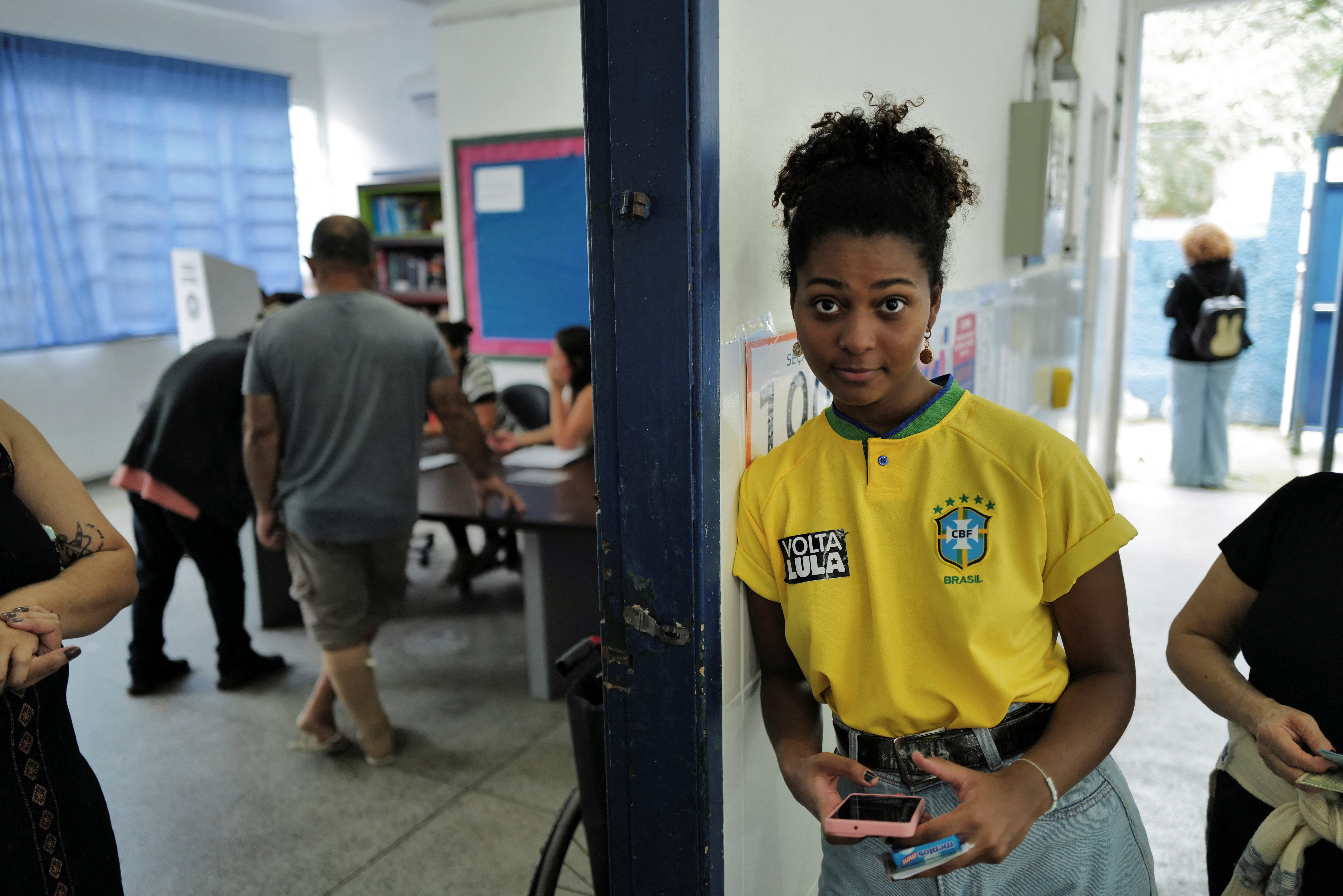 The aforementioned newspaper reported that the wait can be up to two hours. For example in Fecommercein Flamengo, south of Rio de Janeiro, where the government candidate votes Marcelo Freixo, the inspector asked people to come back later. “It’s too crowded. Inside there is still a long queue. If I were you, I’d be back in the late afternoon. I’m sorry, but it’s too crowded,” he expressed. 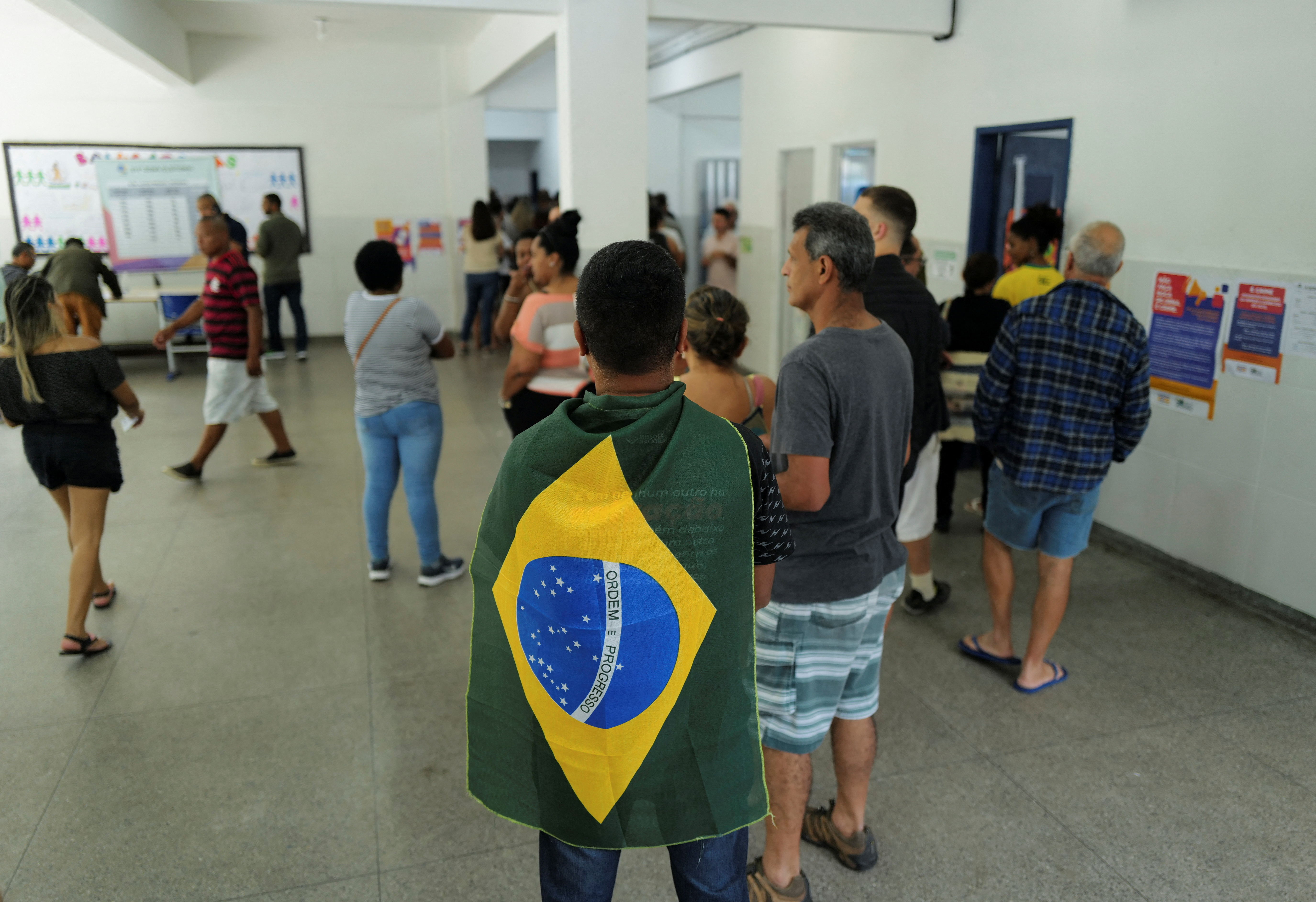 Meanwhile, in Tijucapeople face long lines in the different sections. At the Nossa Senhora da Misericórdia School, on Rua Uruguai, they spread out into the street. Also in Catete, at the Zaccaria College, voters face long queues. The place is the largest polling point in the south of the city: more than 11 thousand voters are expected to vote in 30 sections. 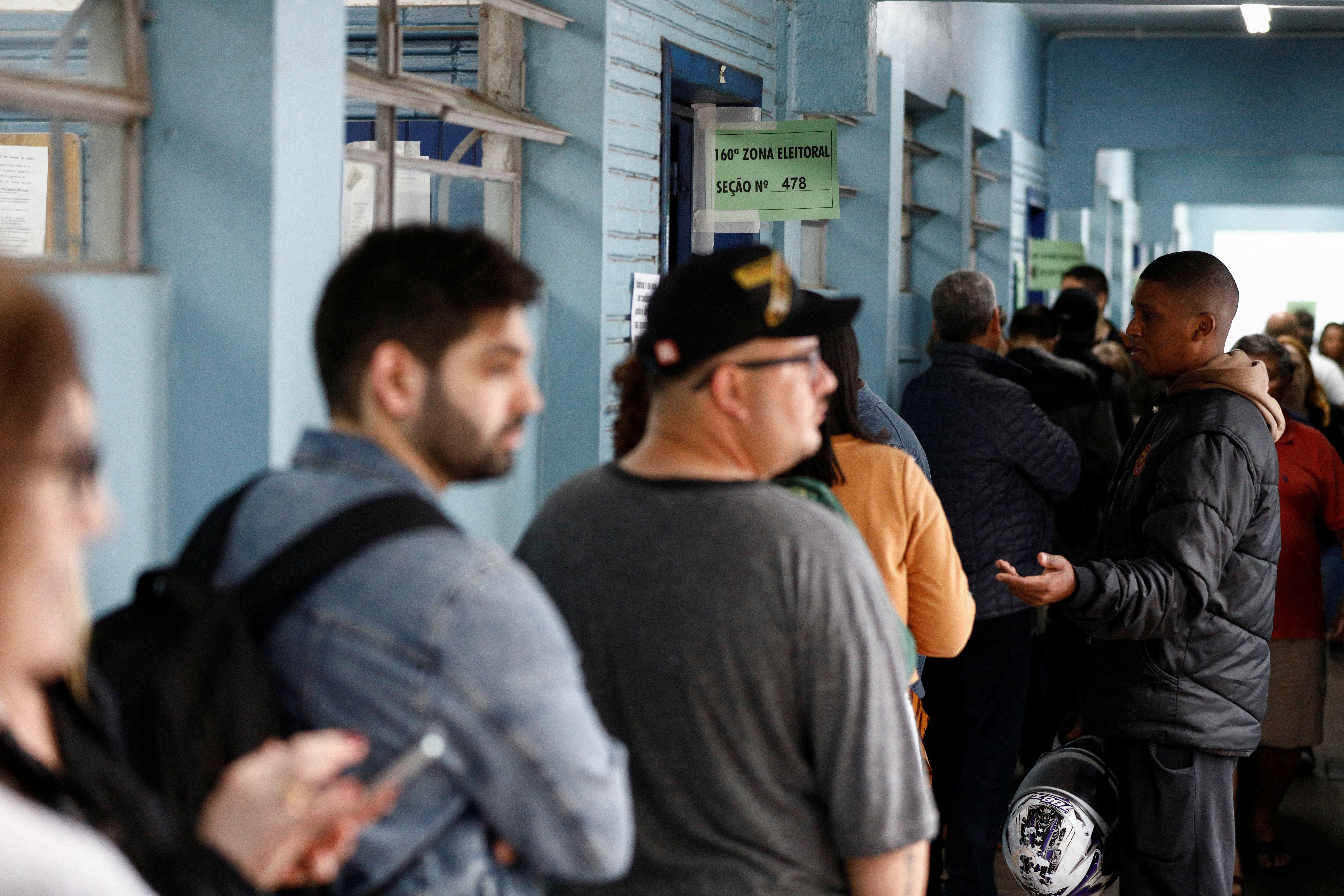 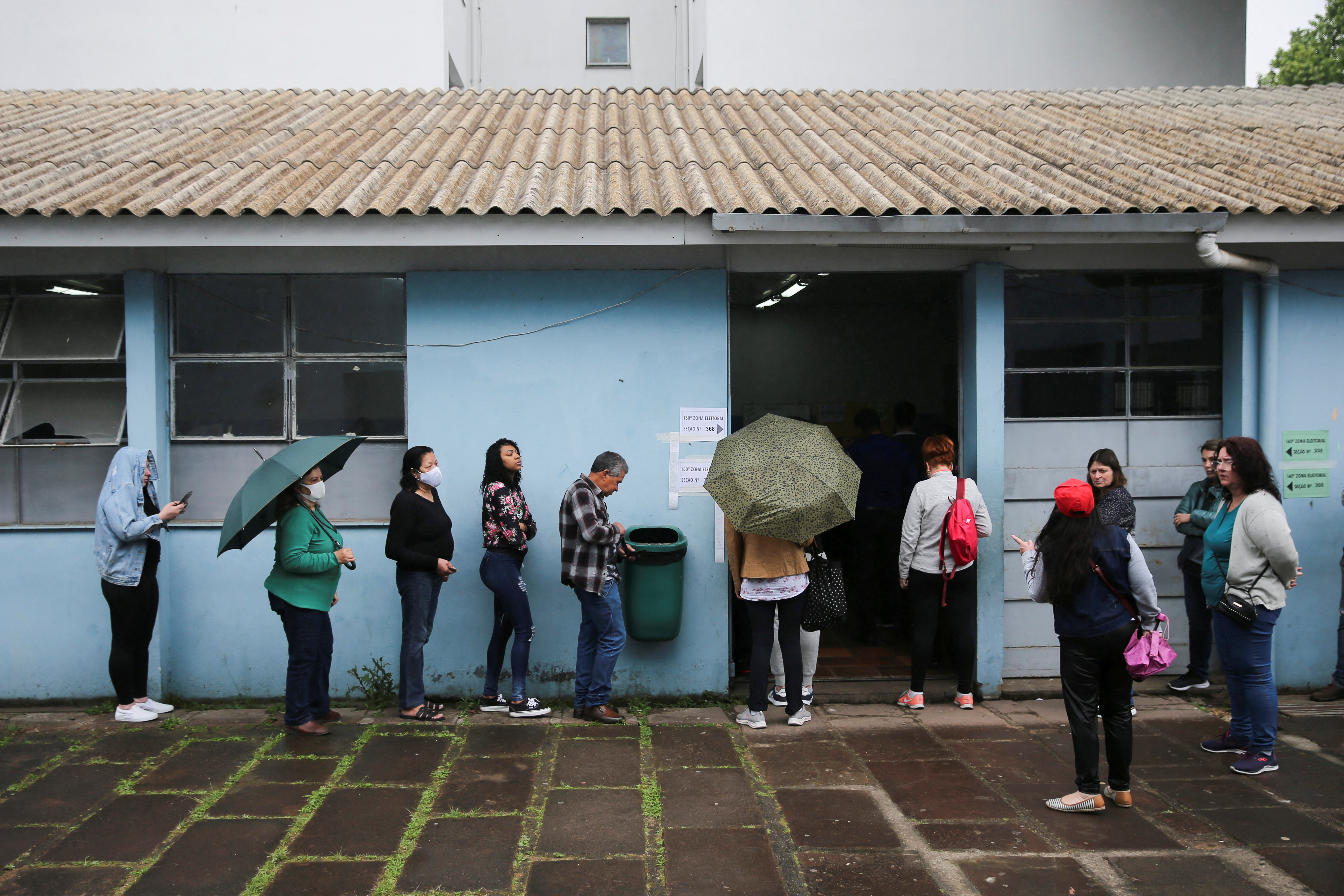 People on the street waiting to vote (REUTERS / Diego Vara) 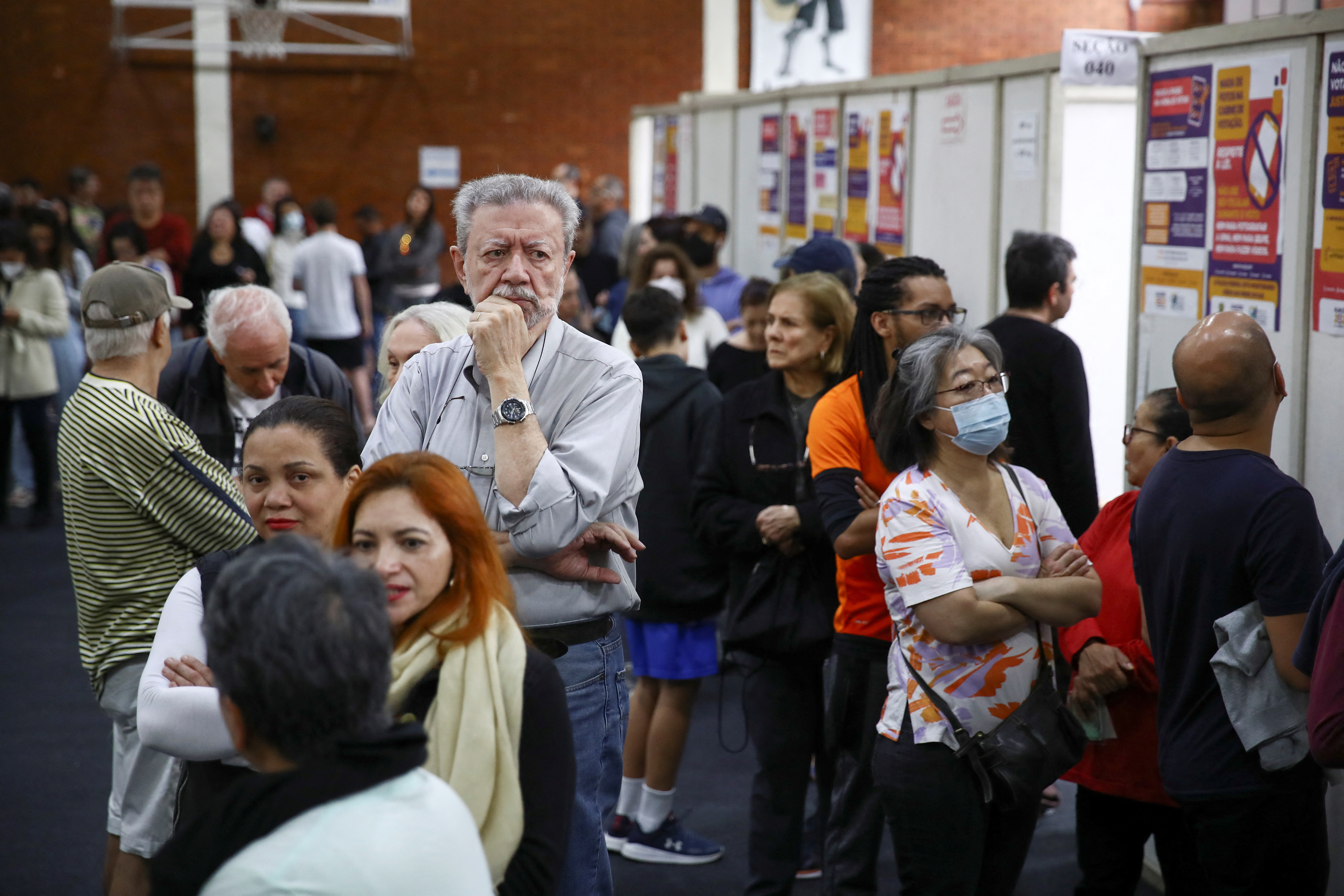 In San Pablo there were also delays (REUTERS / Carla Carniel)

Regarding the general development of the elections, the Organization of American States (OAS) reported that so far there is “absolute normality”.

The latest voting intention polls before the presidential elections left open the possibility that the progressive Luiz Inacio Lula da Silvawith 50% to 51% favoritism, guarantee your choice no need for a second round. 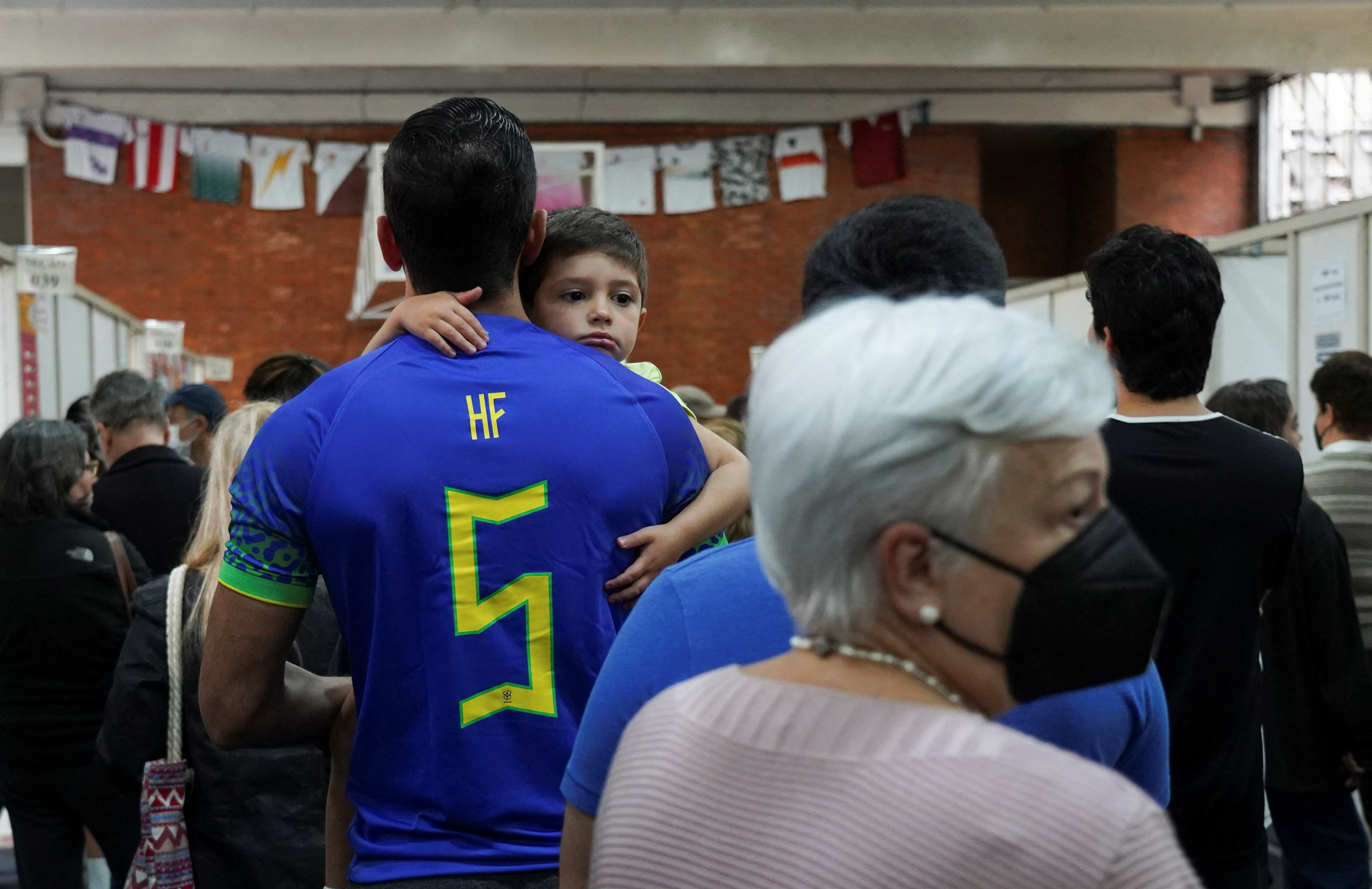 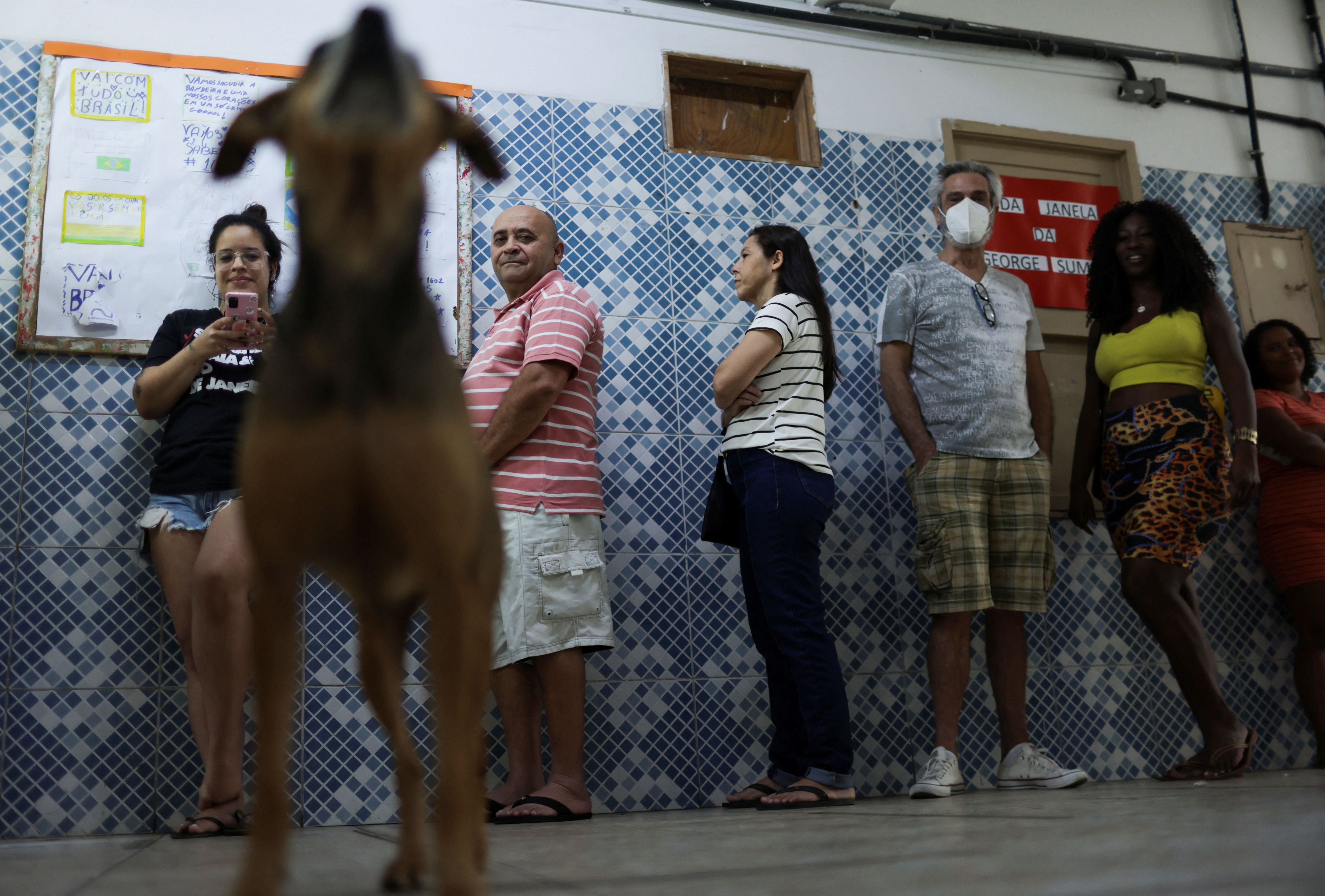 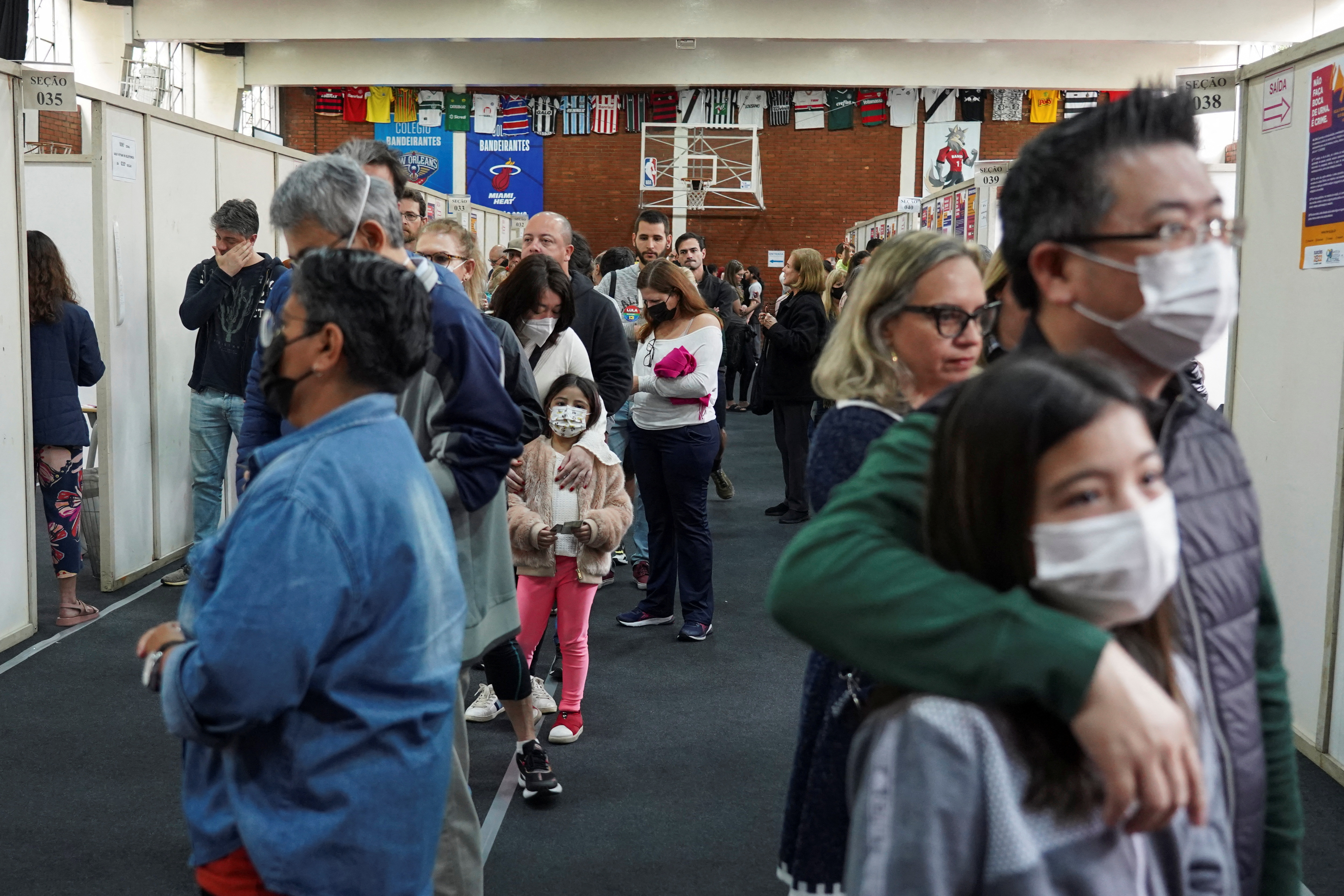 According to the survey of Ipec Institutejust one day away from the most polarized elections in the history of Brazil, the former president (2003-2010) had 51% of the valid votes (one point less than last Monday) and the current president, Jair Bolsonarowho is running for re-election, has 37% (up three points).

The firm survey Datafolhafor its part, attributes 50% of the valid votes to the socialist leader (without variation with respect to the previous poll) and the far-right leader 36% (also without variation).

Jair Bolsonaro voted: “If they are clean elections, there is no problem, may the best win”
Lula da Silva voted: “The country needs to recover the right to be happy”
Brazilians elect president in the most polarized elections in their history and surprises are expected until the count of the last ballot

Magaly Medina celebrated her 25 years on TV with a queen look and a luxury party: all the details here