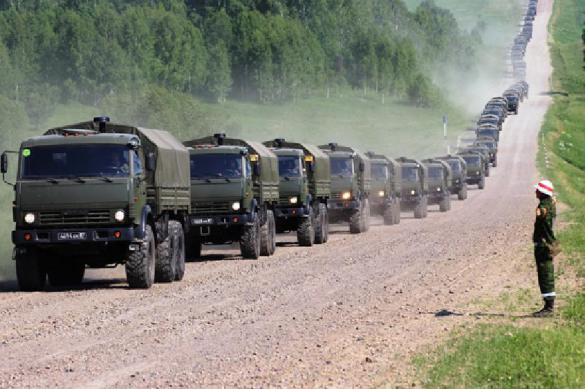 The information disseminated in social networks that Kazakhstan is allegedly transferring military equipment to Russia is not true. This was stated in the Ministry of Defense of the country.

Earlier, a video appeared on social networks, which shows a column of military equipment walking. The caption to it states that the technique allegedly sent from Kazakhstan to Russia by agreement of the presidents of the two countries.

The press service of the Ministry of Defense of Kazakhstan denied this information, explaining that this was not a shipment of Kazakh equipment to the Russian Federation, but a transfer for joint CSTO exercises, which take place from September 26 to October 8, 2022 in the Zhambyl and Alma-Ata regions.

The happiness of the famous, before the debut of Argentina in the World Cup Qatar 2022

The border will be determined not by referendums, but by the results of the battles

The British Ambassador condemned the pseudo-referenda of the Russian Federation