The Public Ministry revealed this Tuesday that Juan Pablo Villafuerte, the alleged femicide of the Mexican tourist Blanca Arellano, acted in complicity with his best friend, Edson Amir Flores Obregon.

In a hearing that is being held this afternoon at the First Preparatory Investigation Court of Huaura, prosecutor Marcos Collantes said that Flores Obregonowner of a Bajaj motorcycle, accompanied Villafuerte to buy eight bags of garbage, two packs of cigarettes and cookies at a store near the house where the victim lived.

It was at 6:59 pm on Monday, November 7, one day after she was reported missing. So, they compared products for a total of 33.80 soles and paid for the Yape application. Then they both went to the room where Arellano lived and that day, according to the Prosecutor’s Office, the macho crime was committed.

It may interest you: Blanca Arellano case: PNP intensifies the search for a suspect in the disappearance of a Mexican tourist

Half an hour later, Villafuerte told the tenant of the room he was renting that he would leave a motorcycle parked in the hallway of the house. 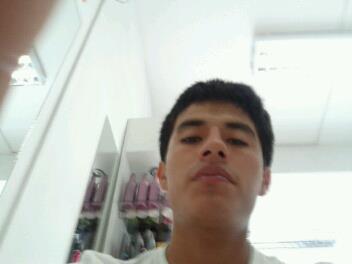 The next day, he went to buy disinfectants. Since then, he did not attend his Biology classes at the José Faustino Sánchez Carrión National University on Monday 7, Tuesday 8 and Wednesday 9 November, when the Police reported the discovery of human remains in the port of Huacho.

The Public Ministry has already summoned Edson Amir Flores Obregona native of Huacho, according to his Facebook account.

In the hearing, which has already lasted more than two hours, the prosecutor Collantes has presented more than 60 elements of conviction that support the requirement of nine months of preventive detention for Villafuerte Pinto.

In his presentation, the prosecutor revealed that the forensic anthropological report confirmed the identity of the human remains found on a beach in Huacho, and they belong to Blanca Olivia Arellano Gutiérrez, a 51-year-old Mexican citizen reported missing by her relatives.

Last Thursday, the Police captured him in a house on Las Celedonias street, in the Lima district of San Juan de Lurigancho in compliance with a court order after the Public Ministry found traces of blood and hair in the room he rented in Huacho , as well as women’s clothes and a suitcase, and a Mexican flag.

Villafuerte Pinto, who has a son and is divorced, is also being investigated for human trafficking and organ trafficking. The Prosecutor’s Office supports the request for preliminary imprisonment given the risk of flight, the lack of collaboration and obstruction in the investigation.

The Public Ministry has also collected videos posted on its TikTok account showing human organs such as a stomach, a pancreas and a brain.

The psychic announced the end date of the Ukrainian conflict

Tourism in Cuba will not reach pre-covid levels in 2023, according to the Government

How to deal with noisy neighbors, human rights activist explained