Among the detainees, two foreign citizens were captured who were expelled from Peruvian territory a few months ago. Source: ATV

One day after the intervention of 19 citizens of Venezuelan nationality During a high seas Halloween party, the Peruvian National Police (PNP) has revealed details of the operation led by divers and rescue workers. It happened in Callao and disintegrated part of the gang ‘Pure assassin brothers’which had even designed its own logo.

According to a report by ATV Noticias, the intervention began when two of those involved threw a package into the sea. Then, the troops went to the boat and found drugs, in addition to a firearm owned by a security guard killed in Lince two months ago. The pistol was supplied with 14 ammunition and an additional 8.

The 12 men and 7 women were having a party inside a yacht near Plaza Miguel Grau, on the Callao pier. Another group of agents found a Toyota vehicle parked in the square, which would have been rented by one of the subjects.

It may interest you: PNP intervened 19 foreign citizens with records during Halloween party in Callao

According to the Criminal Investigation Department (Depincri) of Callaothe members of ‘Pure assassin brothers’ they were engaged in contract killings and had opulent jewelry and watches on their property, as well as different types of drugs. At the time of the arrest, they also threw five cell phones into the sea, which were later recovered by the divers to carry out investigations.

Two of the detainees had been expelled from the country and were prohibited from returning. One of them is a DJ who, in 2020, had been raided at a clandestine party in Punta Negra, where drugs and weapons were found. The Police will review the legal situation of the other 17 Venezuelan citizens.

Regarding the case, the head of the Callao Police Region, General Jorge Castillo Vargas, commented to PTR that said seized pistol belongs to Frank Alvarado Altamirano, a security guard who lost his life in a shootout in the Lince district on September 16. 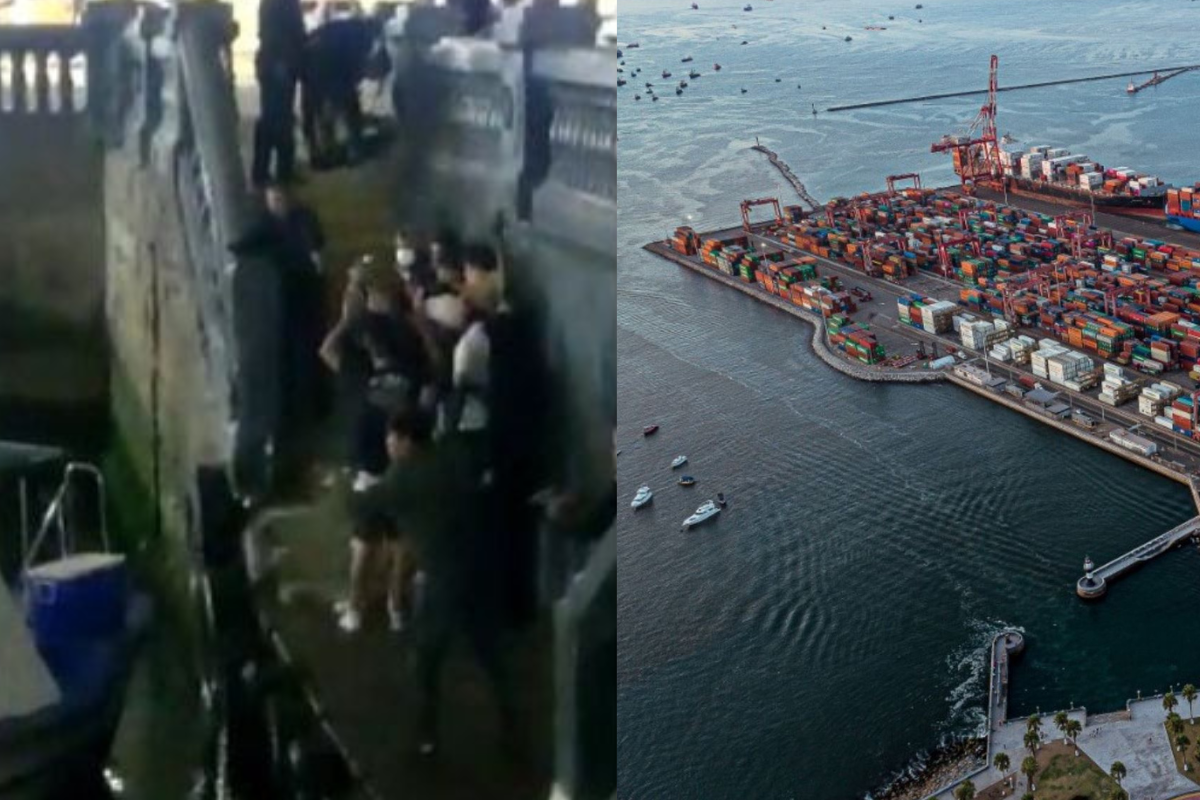 10 of those intervened would have an irregular migratory situation. (PNP/Andean)

In this sense, he indicated to the media that one of the citizens foreign had already been stopped in Punta Negra on January 12, 2020. This was when 114 citizens of Venezuelan nationality and another four of Colombian nationality were detained at the ‘Hotel Rojo’, where a large number of firearms and drugs.

After the intervention, specialized divers from the Salvage Unit entered the sea and managed to recover five high-end cell phones, which had been submerged by those intervened. These teams would have important information about the acts in which they would be involved. This was specified from the pnp.

On the other hand, the National Police detailed that 10 of those intervened would have an irregular migratory situation. Added to this, their ages are in an interval between 22 and 29 years. They also stressed that they would be part of a criminal gang that is dedicated to human trafficking, contract killings and collection of quotas, based on their background.

It should be noted that, although none of the women who were in the place have backgroundit was also not ruled out that they could be involved in a Network trafficking.

Half a thousand pilot whales stranded in New Zealand die