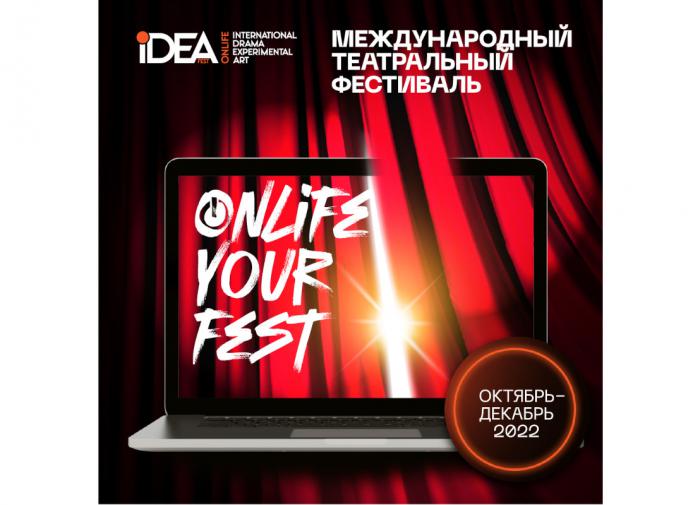 Now the modern theater is available to everyone: all the performances of the festival program can be watched for free and from anywhere in the world.

Performances from Germany, the United Arab Emirates, Moldova, Kazakhstan, Estonia, Kosovo and Russia take part in the autumn season of Onlife IDEA Fest. 11 performances are specially adapted for the stream format and are broadcast live, and after each premiere, the audience will have a discussion with actors, directors and experts in real time.

The debate is attended by 20 experts – key figures from the world of theater, cinema and media:

According to the Festival President Yana Balachevtsevain the first season, all experts unanimously recognized online as a new theatrical format.

“We are building an open theater that does not dictate any rules and has no boundaries. The viewer always has the feeling that the actor is playing just for him. A very high degree of trust and intimacy. And the theater is built differently, there are other directorial moves,” – said Yana Balachevtseva.

Onlife IDEA Fest gives viewers open access to theatrical art: thanks to modern digital technologies, all performances can be watched on any device.

Job opportunity: public institutions offer jobs with salaries of up to 11 thousand soles

Venezuela not aware of US plans to lift sanctions

“hysterical reaction” to mobilization should not be

Zyuganov called the results of referendums in Donbass, Kherson and Zaporozhye “joy with tears in his eyes”