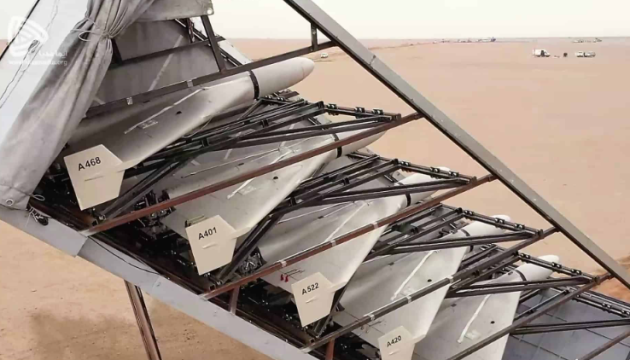 In the Nikolaev region, the Air Force of the Armed Forces of Ukraine destroyed four Iranian kamikaze drones “Shahid-136” tonight.

According to Ukrinform, the command of the Air Force reports this in Telegram.

“September 22 at about 20.00 hours in the Nikolaev region, soldiers of the Odessa anti-aircraft missile brigade of the air command “South” shot down four Russian Shahed-136 kamikaze drones of Iranian production with two medium-range anti-aircraft missiles at once,” the report says.

As Ukrinform reported, Russian troops in southern Ukraine intensified air attacks using Iranian kamikaze drones of the Shahid-136 type. In particular, with the use of such devices, the enemy once again struck at the port infrastructure of the city of Ochakov, Mykolaiv region. One of the two drones was shot down by Ukrainian units, the other hit the port tug.

The EU will ban the import of precious stones from Russia

Anti-war protests in Russia, or real crimes according to the authorities