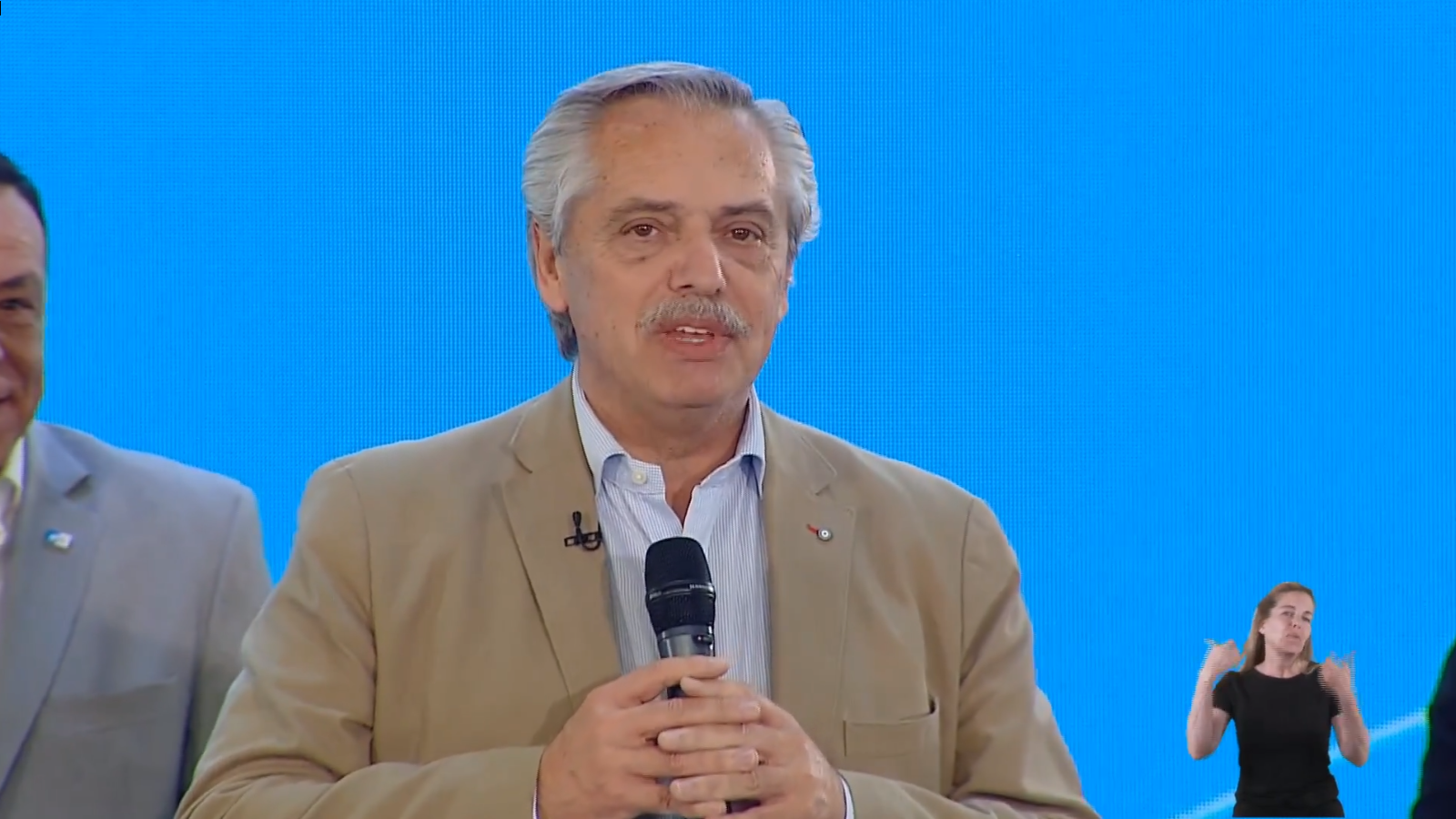 In the midst of the official party, Alberto Fernández warned: “We are all on the same boat and no one is saved alone”

Using football jargon, President Alberto Fernández said today that “what is needed is to unite Argentina” and gave coded statements to the inside the Front of All, stating that “when we all join together in a team we can achieve better results”. He said it at the opening of the stadium Diego Armando Maradona in the Buenos Aires town of Zárate and a few hours before the new anniversary of the birth of the former captain of the Argentine National Team.

“The results are achieved when you play as a team and when everyone does what they have to do on the field of play,” he said. And he remarked: “We are all on the same boat and no one is saved alone”.

“We have to put aside any hatred and think of a fairer and more equitable society that includes us all,” said the president at the inauguration of the stadium. Diego Armando Maradona in the Buenos Aires town of Zárate.

Despite Peru’s request for non-intervention, AMLO said of Castillo: “if the people chose him, why are they going to remove him?”

The Bulls overwhelm some Mavericks without Doncic