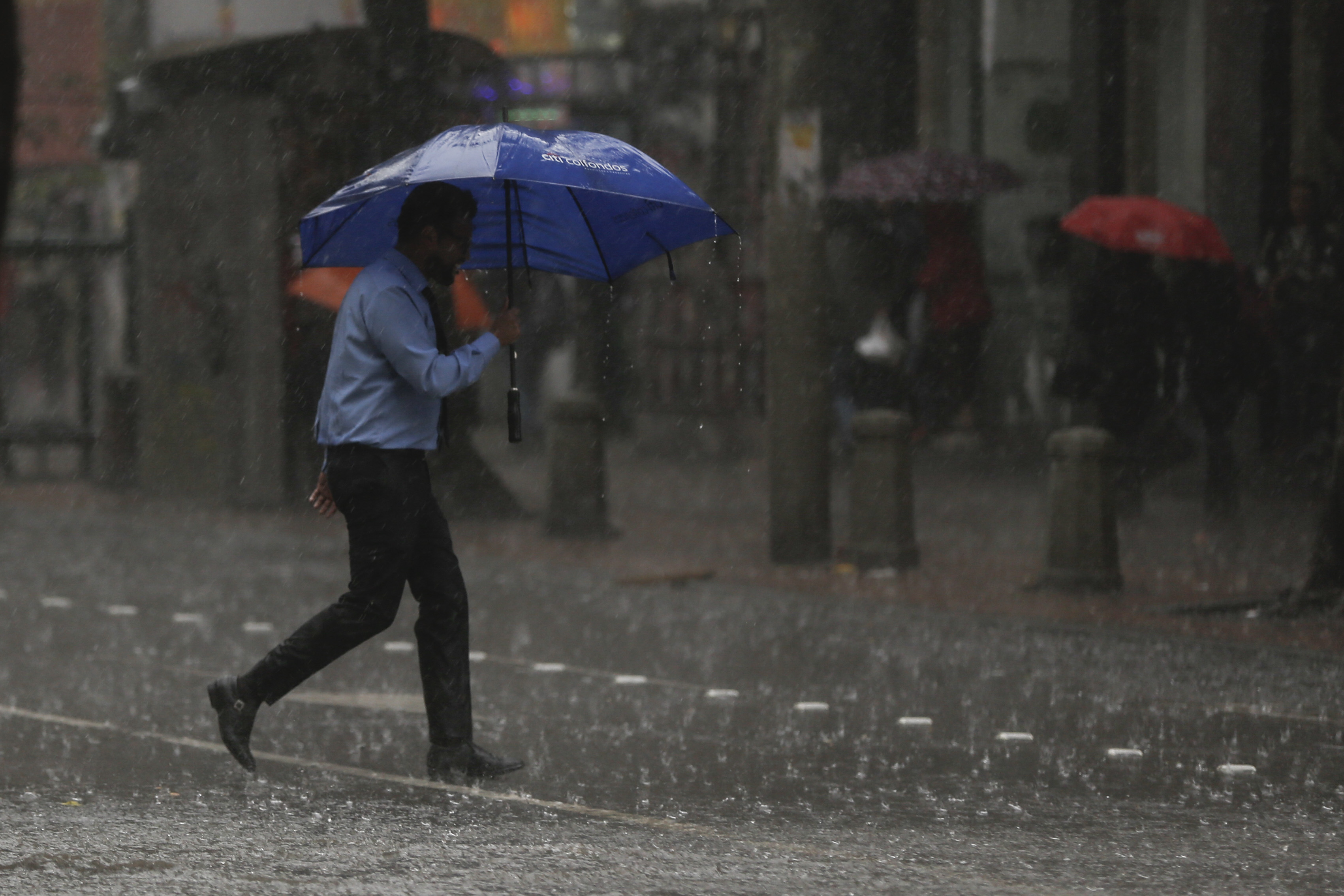 203 deaths, 281 people injured and 450,000 people affected have been the consequences of the downpours of the last 10 months in the national territory according to a balance made in the National Unit for Disaster Risk Management (Ungrd), and As if that were not enough, the rainfall will intensify from this Tuesday, November 1, they predicted in the Ideam (Institute of Hydrology, Meteorology and Environmental Studies of Colombia).

According to that entity, The Amazon region, some sectors of the Orinoquía and the south of the Andean region will be the first areas of the country to experience this new onslaught of rains. Already on Wednesday the downpours will spread in the total of those regions and towards the north of the Pacific, the center and south of the Caribbeanand will remain on Thursday and Friday in those territories, they added in the forecast.

They also indicated that there are alerts for sudden floods in the Meta river, whose increased flow could affect the municipalities of Puerto López and Cabuyaro.

In the Andean region, IDEAM pointed out that attention should be maintained in Inzá, Belalcázar, La Plata, Nátaga, Paicol and Tesalia (Huila), due to the intensity of the rains.

They also highlighted that in the lower part of the Bogotá river there are high levels, which could generate floods in the tributaries of that body of water.

In addition, they requested to continue monitoring in the municipalities of San Antonio del Tequendama, Tena, La Mesa, Anapoima, Apulo, Anolaima, Tocaima, Agua de Dios and Girardot in Cundinamarca due to the increase in the flow of the Magdalena River, as well as in its middle part, which could cause emergencies in Puerto Boyacá (Boyacá), Puerto Nare, Puerto Berrio (Antioquia) and Barrancabermeja (Santander).

“It is recommended to be vigilant downstream of these municipalities in the face of possible effects due to overflows and floods,” they indicated.

Cauca too It is another of the rivers that was most recommended to be monitored, since its high levels could affect Yotoco (Valle del Cauca).

In the Ideam forecast they warned that There are alerts for possible landslides in the vicinity of the Sierra Nevada de Santa Marta, in the Caribbean region. There are also alerts in large areas in the Pacific, Orinoquía and Andean regions.

It should be remembered that Due to the rainy season, which was exacerbated this year by the Las Niña Phenomenon, the President of the Republic, Gustavo Francisco Petro, is about to declare a natural disaster in the face of the consequences that the downpours have caused in the country, in order to facilitate the transfer of resources to attend to the multiple emergencies.

According to the Ungrd, the rains have destroyed 4,387 homes and another 69,953 houses were damaged, while 2,110 roads, 233 vehicular bridges, 111 pedestrian bridges, 305 aqueducts, 84 sewers, 19 health centers, 235 educational centers and 46 community centers have also been affected.

Likewise, 754 of the 1,103 Colombian municipalities have suffered the rigors of heavy rainfall that have 26 of the 32 departmentss of the country in public calamity.

The floods have also caused other effects, such as the destruction of crops and the loss of animals, especially cows and poultry.

(With information from agencies)

Video: leader Beatriz Mosquera suffered an attack on the roads of Arauca while she was in the company of her granddaughter
They murdered a social leader who was mediating land invasions on the Caribbean coast
Diosdado Cabello assured that a meeting between Petro, Lula and Maduro “is going to give a crowd hives”

The show “Voice.60+” was won by Raisa Dmitrenko, who performed the epilogue “Hallelujah” in the rock opera “Juno and Avos” 42 years ago