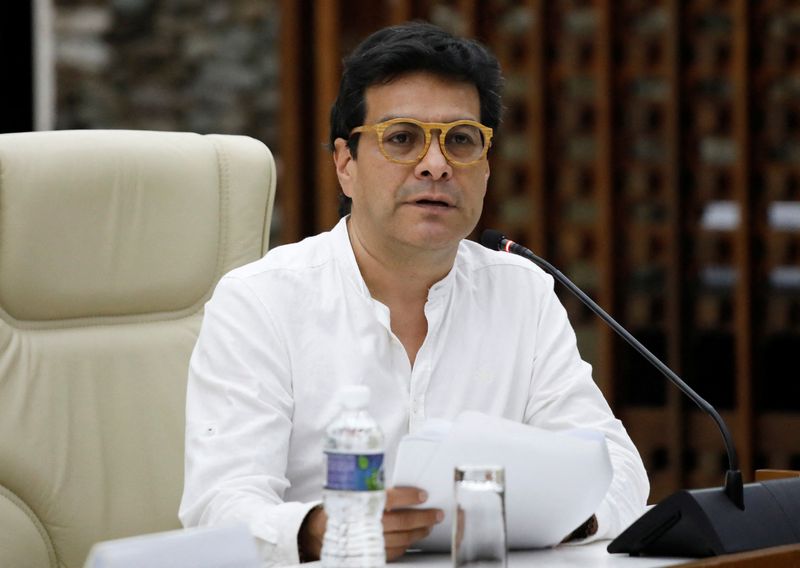 Since the Office of the High Commissioner for Peace, a call was sent to the armed groups that have been holding hostilities for several weeks. This situation puts at risk the life and safety of the communities of the municipalities of the department of Arauca that are in the middle of the crossfire.

According to disclosed information, About 700 people from the municipality of Puerto Rondón (Arauca) remain confined due to the confrontations between the Eln guerrilla and the Farc dissidents. Although this is a situation that has occurred very frequently since January of this year, since mid-September these actions have been recorded steadily.

“We have heard the clamor and anguish of the communities of Arauca, which are in the midst of armed confrontations between the National Liberation Army (ELN) and units of the FARC’s Joint Chiefs of Staff,” said Danilo Rueda, high commissioner of Peace.

Due to the harassment by both armed groups and the prohibitions that they would be exercising in the region, the daily activities of Puerto Redón and other municipalities in the south of Arauca have been suspended. What has caused a shortage of food, cleaning supplies and serious effects on workers and the education sector.

Faced with this situation, the High Commissioner for Peace, Danilo Rueda, asked the armed groups to take the civilian population into account so that they stop hostilities.

Recently, the local representatives of the municipalities of Puerto Rendón, Arauquita and Tame (Arauca) made a public complaint about several cases of forced recruitment that are happening in these rural areas of the department. This complaint was made known in the framework of the session of the extraordinary and extended committee of Transitional Justice that took place in Arauca.

According to the data provided by the representatives, in total, they would be fifteen minors who were recruited by the ELN guerrillas and by the FARC dissidents. In this regard, Commissioner Danilo Rueda said that he understands that they are in arms, but that it is necessary to stop the military actions to show signs of peace.

The situation that would be motivating these two groups to confront each other would correspond to the territorial control of the department due to its border location with Venezuela.

“We invite you to cease your armed operations at this time. We have agreed, we have raised the importance of demonstrating credible gestures and signs to the population so that we can build scenarios of peace. We understand that they are armed, we understand their motivations, but please stop using them because they are affecting the population. Listen to the Araucanian community,” added the peace commissioner.

It is valid to clarify that President Gustavo Petro, earlier this week, announced the resumption of peace talks with the Eln guerrilladetermination with which a de-escalation of the conflict is expected by this criminal structure.

On the other hand, on September 28, the High Commissioner for Peace, Danilo Rueda, had announced that ten armed groups had unilaterally agreed to a ceasefire, among which were the Joint Chiefs of Staff of the FARC and the Second Marquetalia, dissidences that are the protagonists of the confrontations in Arauca.

Political reform: due to lack of quorum, debate is postponed for October 10
They confirm the sentence against the driver of the van in which Martín Elías died
Gabriel González was recaptured by CTI agents and will now answer for the crime of aggravated homicide

The schedule to declare the Income Tax of 2022 came out: see when it corresponds to you

Russia may strike airports in Poland, says US senator