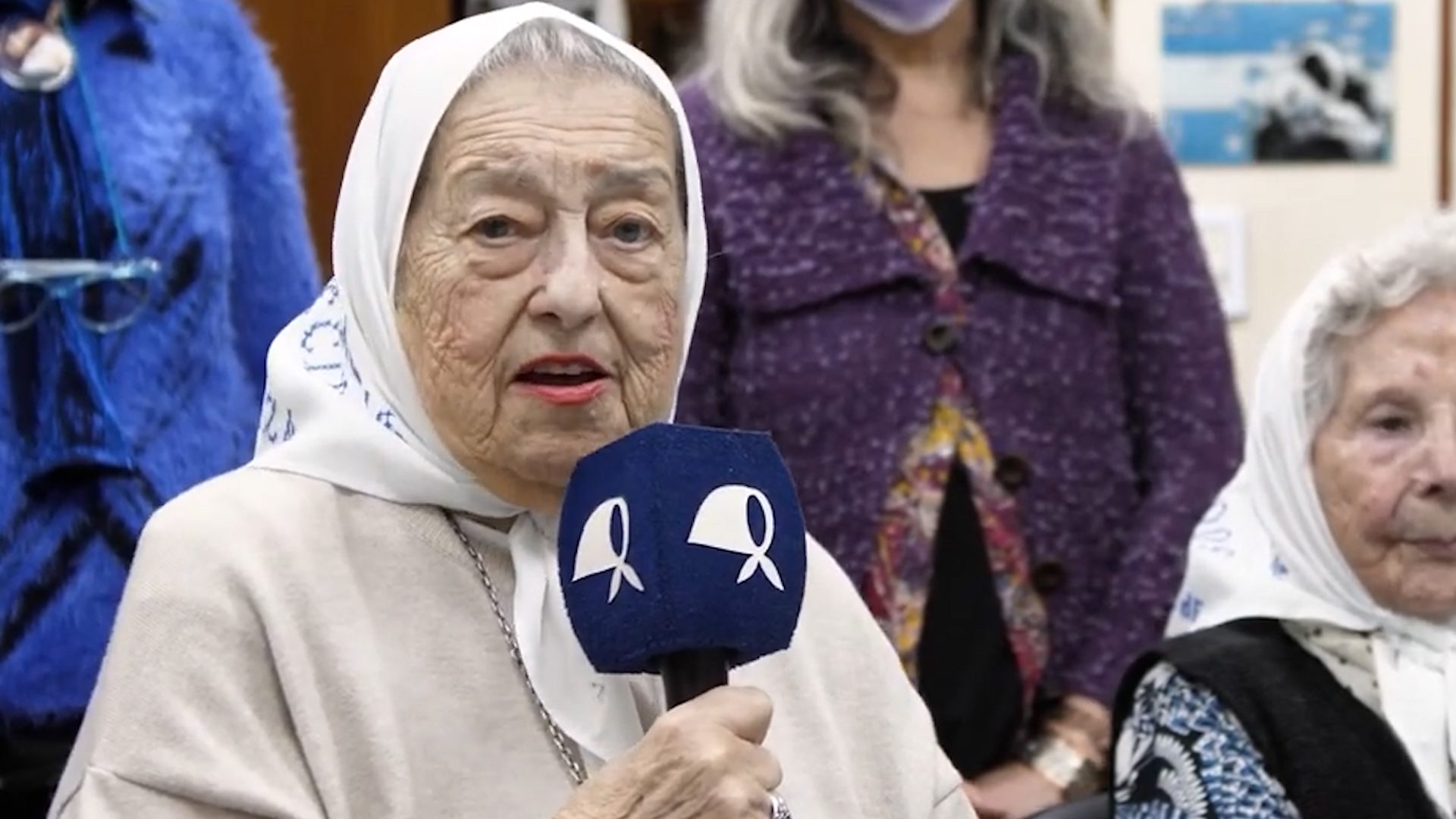 Hebe de Bonafini died yesterday at the age of 93

The national government defined the characteristics of the National duel arranged by the death of the historic president of the Mothers of Plaza de Mayo, Hebe de Bonafini.

Through a decree published this morning in the Official Gazette and signed by Alberto FernandezJuan Manzur -Chief of Cabinet- and Martín Soria -Minister of Justice-, the public administration declared three days of homage that began on Sunday, the date of the death of the head of the human rights organization.

“During the days of mourning, the National Flag will remain hoisted at half mast in all public buildings”, it was specified in article 3.

In addition, the Secretary of Human Rights, Horacio Pietragalla, will formally express the condolences of the national government to the Bonafini family.

There are no more definitions, so both public and private facilities will function normally during the days of mourning. There will also be classes as usual, except for the schools that defined special hours for the match that the National Team will play tomorrow at the start of the Qatar 2022 World Cup.

In the recitals of the administrative act, the arguments that prompted the national government to adopt this decision were listed. “Hebe de Bonafini became a figure of international order; There is no country in the world that does not know the tragic years of State terrorism in Argentina and that has not seen the Mothers of Plaza de Mayo as a symbol of the fight for human rights”, he highlighted.

“With enormous bravery, with immense courage, with their tireless search, their decades-long struggle has generated a better society, which carries human rights as an element of its own national identity,” they added.

Fernández fired Bonafini yesterday with a message on social networks.

With the departure of Hebe de Bonafini we lost a tireless fighter. Claiming truth and justice together with the Mothers and Grandmothers, she faced the genocidal when collective common sense went in another direction.

With great affection and sincere regret, I bid you farewell. See you forever Heb. pic.twitter.com/MfNoadWa0p

The president’s message generated an aggressive reaction from motherswhich through the Twitter user “Prensa Madres”, replied to the President.

Mr. President, nothing was lost, the legacy of the Mothers lives in the town.
Linking our President’s struggle with another organization is an insult.
Luckily Hebe went public with everything she thought of you.

In just a day, Biden gave out a whole extravaganza of his new eccentricities

The reason for the destruction of the giant aquarium in Berlin was the fatigue of the material. But no one believes in her