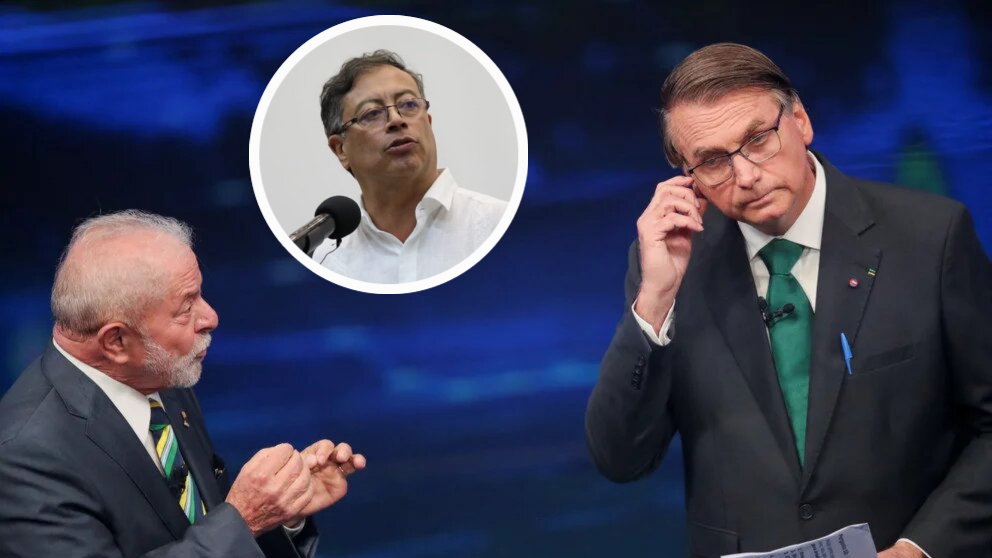 Through a link with Petro and other leaders, Bolsonaro attacks Lula in a harsh debate. Photos: Reuters and Colprensa.

The president of Colombia, Gustavo Petro, referred on the afternoon of this Saturday, October 29, to the presidential elections in Brazil, whose second round will take place this Sunday, the 30th, and will face the current president, Jair Bolsonaro, with former president Luiz Inácio Lula da Silva, radical right and left politicians, respectively. The Colombian president assured that fascism must be stopped, referring to a possible victory for Bolsonaro.

“May Brazil make the light of Latin America shine. There are those who say that fascism does not exist. It is in each of us. It stops inside and outside. If we want more days for humanity, fascism must be stopped,” the president said.

“No more land seized in the hands of mafia figureheads”: Iván Cepeda
“We are visiting social networks more than traditional media”: the mayor of Cali defends himself against hiring influencers
“We surprised the autistic people of the Historical Pact”, the controversial statement of Enrique Gómez

The meeting of the headquarters for the KRT of St. Petersburg turned into a “booth”