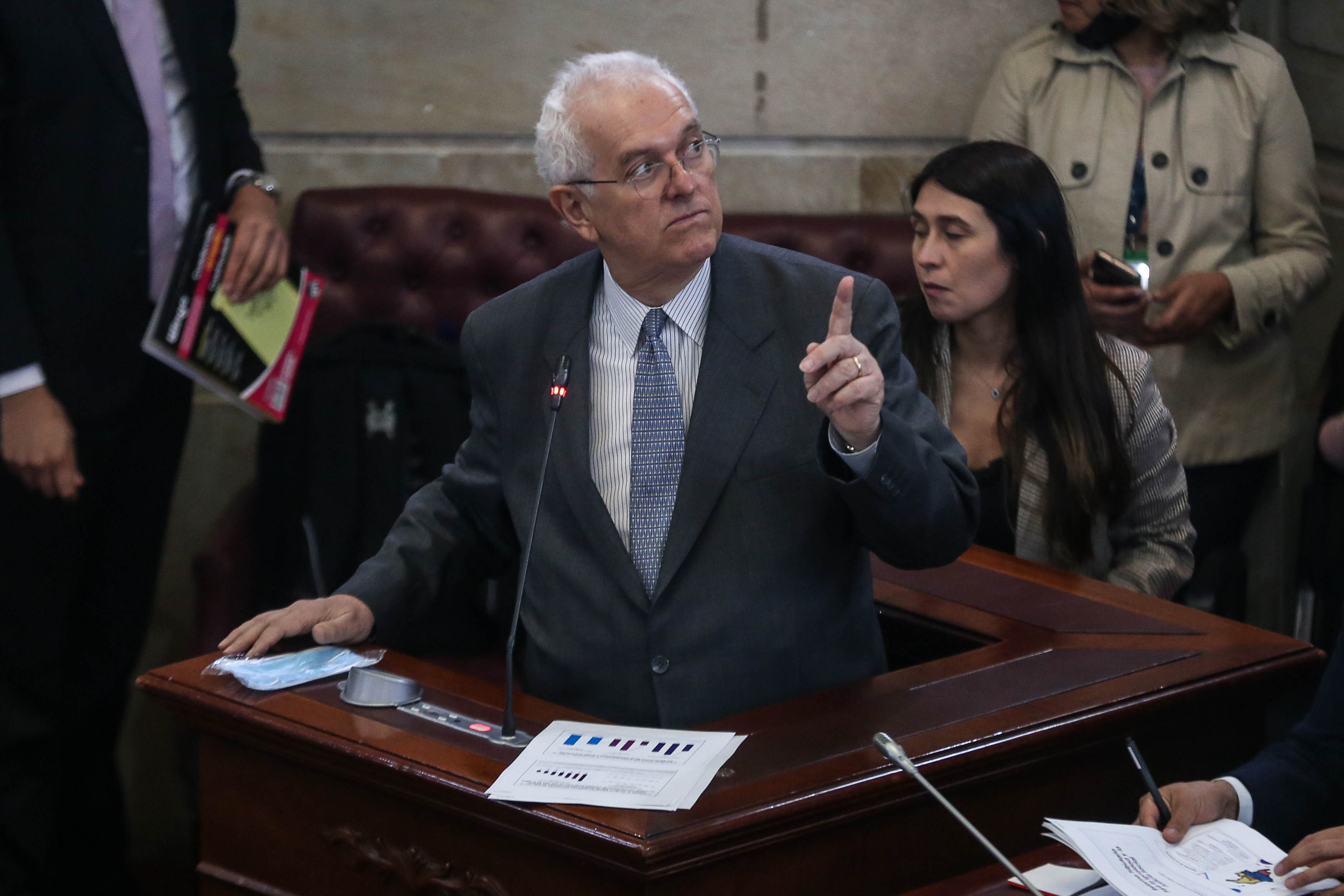 BOGOTA. August 23, 2022. The Minister of Finance, José Antonio Ocampo (photo) and the Director of the DIAN, Luis Carlos Reyes present the tax reform in a joint session of the economic commissions of the House of Representatives and the Senate. (Colprensa – Camila Diaz)

One of the main tasks carried out by the National Government, after assuming positions since August 7, was to file the tax reform before the Congress of the Republic, an act that took place the next business day after the transfer of command. Since then, it has begun a process of socializing the project with the different benches to have a majority in Congress, with the purpose of having enough majorities to guarantee its approval.

One of the last achievements for the benches that established red lines to give their approval was the confirmation, by the Finance Minister Jose Antonio Ocampoabout what free zones will be taxed with a weighted tax, but that will have a differentiation of internal and external marketing. Decision that made the tax regime for companies in the country more flexible.

This important announcement, not only for the business sector, but also for the tax regime that will be established with the eventual approval of this bill, takes place within the framework of other changes that, the government assured, will be made regarding the document original.

The initial bill included a tariff system with which it was intended to tax in a special way the liberal professions, people who offer consulting services. However, several communities had expressed their opposition to this proposal, which was included in the tax reform.

This was a point of dialogue that the Government advanced with different groups to finally decide that the liberal professions will remain in the simple regime, as long as their income does not exceed 500 million pesos a year.

Parallel to this announcement, it was also known that donations made to food banks and non-profit entities will remain protected.

Similarly, another point that has reflected a concern for a broad sector, while support appears for some members of the government, has to do with article 72 of the tax reform.

This expresses that the centers of worship, rite or religious that carry out activities outside the matters of faith must pay a tax. This tax reform initiative had the support of the Historical Pact and members of the Alianza Verde party, while it generated rejection in the communities of the U, Conservative, Liberal and Democratic Center parties.

In this regard, the director of the U party, Dilian Francisca Toro to reflect her rejection of this tribute.

“Imposing taxes on Colombian churches would be unaware of the enormous social work they do and put at risk the aid received by thousands of people and families in vulnerable conditions,” said Dilian Francisca Toro.

Likewise, last Thursday, the National Government confirmed that it will not tax the resources of churches that have social purposes or activities that are within the activities of worship, rite or religion.

President Gustavo Petro denounces that he inherited a deeply corrupt Risk Management Unit
Rainy season: Gustavo Petro assured that he will declare a natural disaster next Monday
Gustavo Bolívar denounced the presence of Esmad in marches, deleted the tweet, and the Prosecutor’s Office ended up vandalized

Where to go in winter in Russia