… And – no, I’m not talking about Bulychev and his “Alician”. Although, there are enough funny parallels with the works of the science fiction writer in this inspiring story. The young heroine, which will be discussed below, is called “Alyssa” (that’s right – with a double “s”), she wants to become an exobiologist and … the first astronaut to set foot on Mars. 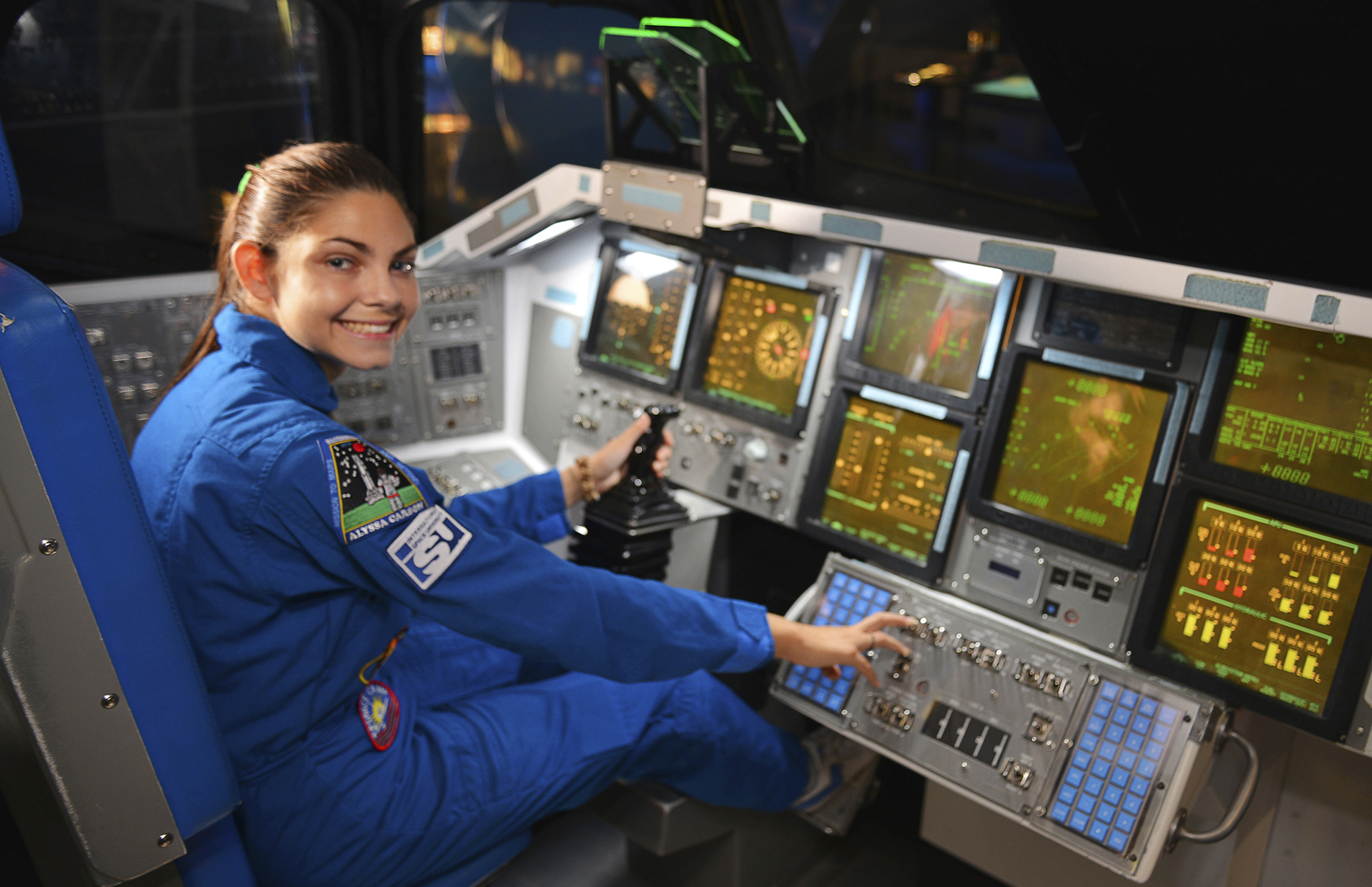 … A stunningly smiling girl with big brown eyes is looking at us, which shine with kindness and attentive curiosity and give her a resemblance to Japanese cartoon characters. Slender, long-legged, athletic, a typical positive American student who loves sports training and gatherings with friends … Except for the flight suit with the “NASA” patch on the chest, in which the girl often appears in photographs on her blogs on the Web.

Well, meet Alyssa Carson: a young American who, by the age of 21, had already graduated from the Higher Space Academy, visited all NASA space centers and received a certificate in applied astronautics, which gives her the right to perform a suborbital research flight and even spacewalks. But this is only the beginning: after all, the main goal of the “girl from Earth” is to become the first person to set foot on the Red Planet. And Alyssa has been relentlessly moving towards her goal from a very young age, inspiring all of us along the way to achieve our dreams, no matter how amazing it may be.

Yes, Alyssa’s life story can really be called amazing – already at the age of three, the young heroine firmly decided that in the future she wants to become an astronaut and go to distant and deserted Mars. Fun fact: the girl’s decision was influenced, among other things, by the episode of the animated series “Dreamers” she saw, in which the characters went to the Red Planet.

“The poster for this episode has been hanging on my bedroom wall for years,” says Carson.

But Alyssa’s dream turned out to be much more serious than simple childhood dreams after watching the cartoon, and did not remain a funny memory from a distant childhood, when, it seems, every second person answers the question “Who do you want to become?” proudly answered: “Astronaut!” The pursuit of the stars became Alyssa’s passion – and her main life goal.

Of course, everything could have ended right there, in the town of Hammond, Louisiana, where the future astronaut candidate was born – ended with a decisive childish exclamation “I want to fly to Mars!” and condescending smile of parents. However, Alyssa’s father, Bert Carson, took his baby’s aspirations seriously, although he did not quite understand how it would end.

“Then I still had a bad idea of ​​how everything would turn out, and that I would support my child in his intentions to leave our planet,” explains Bert.

The story that began with a huge map of the Red Planet on the wall of the children’s room, a spellbound reading of thematic books about the Cosmos and studying the starry sky through the eyepieces of the first telescopes in life, continued when Alyssa was seven years old – and her father enrolled her daughter in NASA space camp in Alabama .

The stars of our young heroine clearly favored: the Carson family found out about an unusual place by accident – driving by car past a billboard of the US Space and Rocket Center. Alyssa got the camp brochures and turned to her father with a fervent request to send her there.

“I always say it was fate,” comments the father of the young astronaut. “I feel that Alyssa will go to Mars because things happened to her that usually don’t happen.”

The first trip to the space camp in her life shocked Alyssa to the core – and once again proved that, despite her young age, the girl chose her vocation correctly.

“I liked all kinds of activities: from simulation systems to rocket science,” the girl recalls.

The trip to Alabama was followed by training at two more specialized NASA space camps (in Canada and Turkey), as well as at all 14 US space agency guest centers. It is worth noting that in each of the institutions the girl successfully passed all the exams. Alyssa became the first person in history to complete such an extensive under-12 program.

Studying at space centers had a very specific goal – it not only gave the girl the skills and knowledge necessary for her future profession, but also brought her closer to her dream. The idea for our heroine was prompted by Bill Parsons, the former director of the Kennedy Space Center, to whom young Carson turned for advice on her future career.

“…One of the things he recommended (besides that I need to get diver, sky diver and pilot licenses) are achievements that <…> will confirm that I have the qualifications in order to become an astronaut”, — Alissa reports.

And the stars once again winked at our heroine: in 2013, NASA announced a special program, according to which guests of its space centers receive special “stamps” confirming that visitors have been trained there.

… And now, Alissa, at the age of 12, is already leaving the 14th NASA space center with a “passport” of an astronaut candidate in her hands!

The next step on Miss Carson’s path to her dream was the PoSSUM Space Academy for preparation for suborbital flights, where the girl entered at the age of 15. Our heroine turned out to be the youngest among the students at the Academy – since the organization was established at the University of Aeronautics, most of the students were either senior students or had already received higher education. But, contrary to stereotypes, Carson was not the only girl in class and training – the sex ratio among students was approximately 50/50. 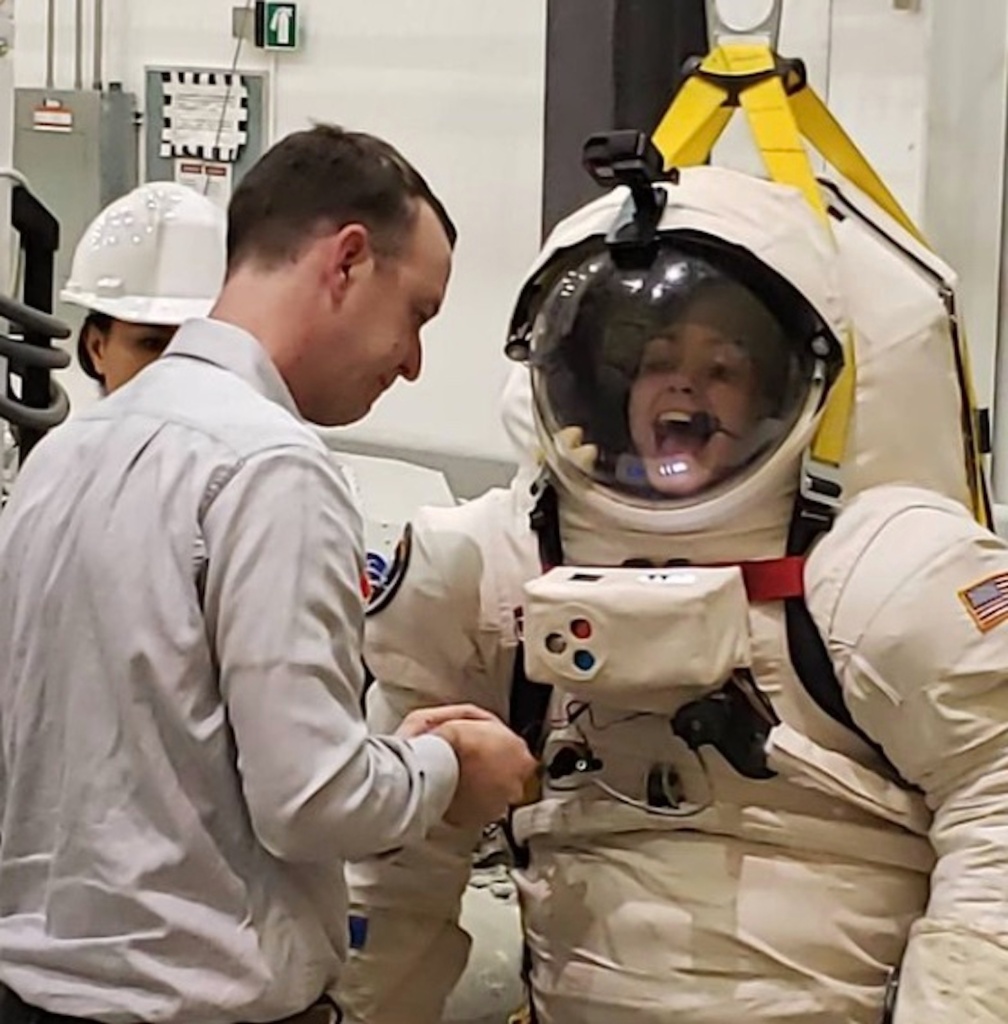 It was the period of study at the Academy that gave Alyssa the call sign Blueberry (“Blueberry”), which she would later use as a nickname on social networks and the name for her own foundation, the Blueberry Foundation, which supports children in their quest to do science. The thing is that when Carson entered the Academy, it turned out that the blue astronaut flight suits issued to students were great for her – but the girl really wanted to “look like an astronaut”, so her father found her a suitable jumpsuit in size – and it was not blue, like everyone else, but blueberry. Apparently, standing out from the crowd was written in Alyssa’s family.

In parallel, the girl continued her classical school education in four languages ​​- English, Chinese, French and Spanish. Combining the two curriculums was not easy, especially since, according to Alissa, the theoretical classes at the Academy were taught at the university level, and the practical training was physically demanding. But the dream that inspired the girl moved her forward – and as a result of the completed course, Alyssa received a certificate in applied astronautics, officially confirming her right to make space flights!

We once again look at the photos of Alyssa, which the girl regularly shares with fans on her blogs. Despite the harsh future of the space pioneer, in addition to a contagious wide “Hollywood” (or “Gagarin” – as you like) smile, Alyssa’s bright appearance is complemented by long straight brown hair – however, for convenience, they are mostly gathered in a ponytail: they oblige training in spacesuit under water and on special simulators. The tied hair reveals the girl’s large protruding ears, which, coupled with a sincere welcoming smile and a small snub nose, gives Alyssa’s high cheekbones a perky and good-natured expression.

However, “strong-willed”, with a “cowboy” dimple, the girl’s chin shows that, in addition to girlish charm, Miss Carson also has willpower and courage. And how could it be otherwise – when you are going to fly to Mars one way!

Despite the easy attitude to life, the girl is well aware of the dangers that await her outside of our planet. Moreover, the girl who is going to take part in the NASA mission to explore Mars clearly understands that, having stepped among the first colonists on the Red Planet, she will not be able to start a family and give birth to children. But this does not stop Alyssa: she understands why and what she is doing.

“Yes, Space is a dangerous place, and I will sacrifice so much to fly to the stars, but I consider my mission to be a great thing that will bring so many benefits to all of us. The main task is to explore Mars and turn it into a second Earth, another place, where people can live. I think many people want to be astronauts. But it’s one thing to want, and another thing to do everything to make your dream come true, “the girl reveals her inner convictions.

Despite the fact that we traditionally expect the dream of flying into a dangerous and unknown world from some daring young man, the young astronaut completely destroys the stereotype created by society, showing that the choice of profession should not depend on gender and inspiring girls around the world to do what they really like and strive for their dream!

“You know, girls, in particular, lose interest in science at a very early age. Because their parents unconsciously inspire them that a boy can succeed in the field of science and mathematics, and a girl needs to choose something else. <…> And I want to say to all girls: if you understand that science is yours, don’t listen to the doubts of others <…> Take it and do it. You will succeed. No matter how crazy your dream seems, follow it and never give up, “says the girl.

Now Alyssa Carson is studying astrobiology at the Florida Institute of Technology, while continuing her space (in all respects) training at special centers. However, despite the huge workload, the heroine of the “Generation Mars” (as the girl herself dubbed herself and her peers who aspire to become space pioneers) does not get tired of delighting friends and fans with new blog posts and even broadcasts on the Web.

Chatting with fans online, Alyssa never ceases to smile sincerely, sometimes jokes and accompanies a quick, clear, infectiously inspiring speech with active gestures. It seems that Alissa is ready to share her experience and inspire people to achieve their most incredible goals every minute of her life. The girl’s voice is clear, perky, sonorous – pure, like her very cosmic dream, which captured Alyssa from childhood – and just as inspiring.

“Don’t let anyone take away your dream. I believe that if you really live your dream, you can fulfill it,” our heroine shares in an interview. 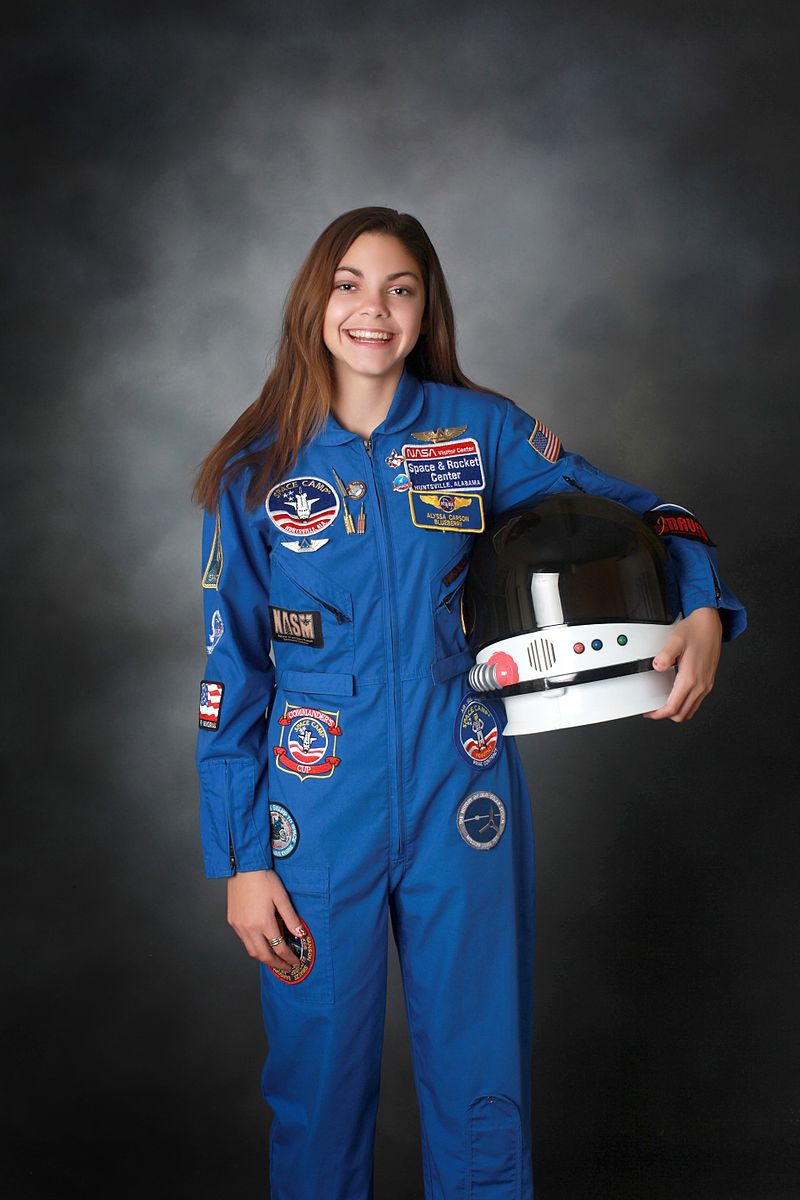 And although I’m just reading the text of the conversation with Alissa on the Web, it’s very easy for me to imagine how her eyes are shining at this moment.

And how Alyssa herself shines – like a bright guiding star for the modern generation in the big black sky of our cosmically complex and cosmically fascinating life.

In Kharkov, the enemy launched a missile attack on the enterprise

The main version of the show “Voice” may disappear from the air. At the same time, the children’s “Voice” is already being filmed without Dmitry Nagiyev