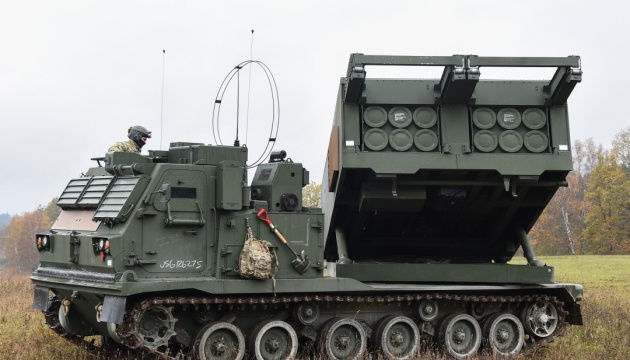 According to Ukrinform, this was announced by Defense Minister Oleksiy Reznikov in Twitter.

“The third brother from the Long Arm family arrived in Ukraine – MLRS MARS II from Germany,” he wrote.

Reznikov also expressed gratitude to Germany and personally to Defense Minister Christine Lambrecht for these systems. “Our gunners welcome the German partners,” he said.

As Ukrinform reported, on June 23, Reznikov said that the American HIMARS multiple launch rocket systems had already arrived in Ukraine.

Already on July 15, he added that the first long-range M270 multiple launch rocket systems had arrived in Ukraine.

Ministry of Defense: National Battalions of the Armed Forces of Ukraine mined a dam in Artemovsk

Podberezkin told what will happen after the Donbass