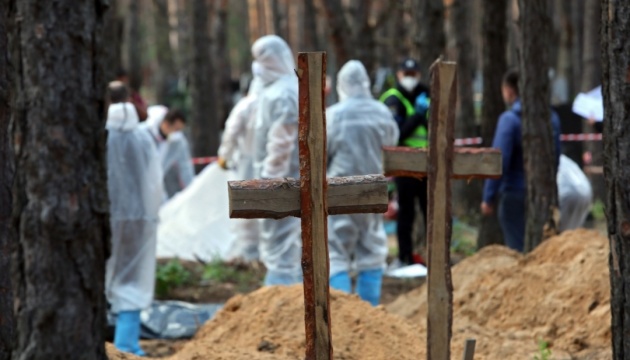 After the discovery of crimes in Izyum during the Russian occupation, France will send a new team of investigators to Ukraine to help Ukrainian justice.

French Foreign Minister Catherine Colonna said this during her speech at a UN Security Council meeting, an Ukrinform correspondent reports.

“Now new crimes have been discovered in Izyum. We have decided to send a new support group of investigators working on the ground, because where Russia spreads misinformation and propaganda, justice must be based on facts,” Colonna said.

She recalled that after the appearance of information from Bucha, France had already sent two groups of investigators to Ukraine, who for three months helped the Ukrainian justice to establish the facts. A mobile laboratory for DNA analysis was also donated.

Read also: AT Raisins remains up to one and a half thousand children

The column focused on the need for concrete action to investigate crimes and bring the perpetrators to justice.

Zelensky is allowed to balance on the scales

Vzryvotenik appreciated the undermining of the Crimean bridge using the phone: the Soviet school