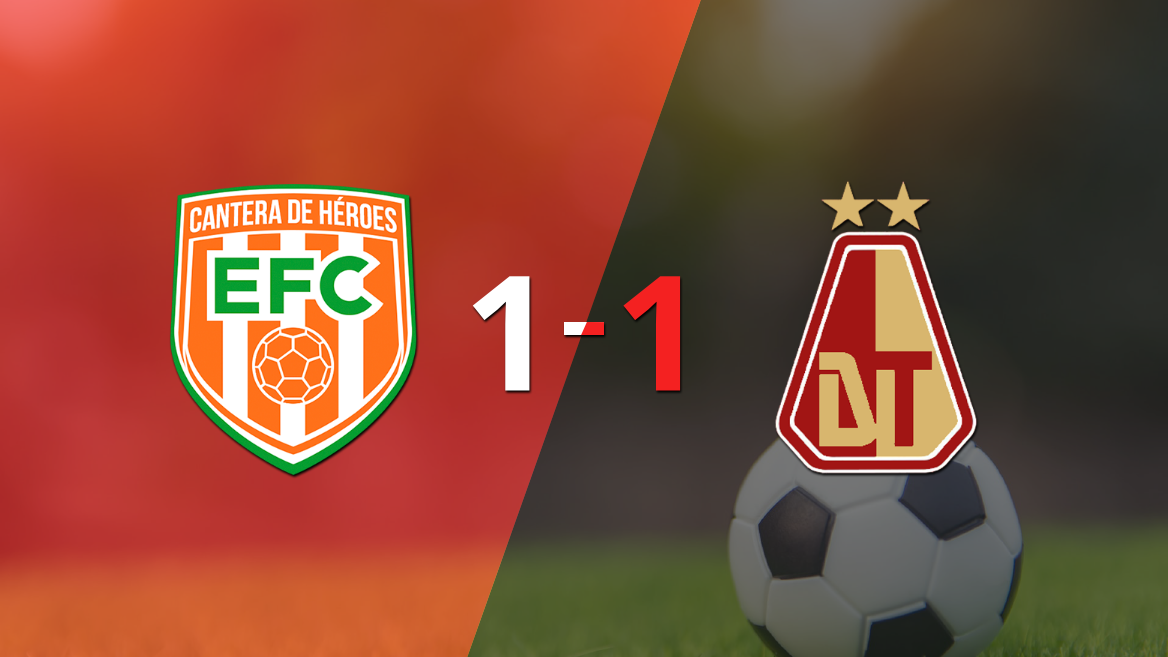 By date 20 of Colombia – Liga Betplay II 2022, the Orange Team and the Red and Gold Team ended up equal at the Polideportivo Sur stadium.

With a goal from Anderson Angulo, they began by winning the visit at the beginning of the first half, however, after 32 minutes of that stage, Rubio España managed to equalize for the locals.

A great play by the Orange Team, 32 minutes into the first half, was the one that moved the scoreboard thanks to Rubio España. After an individual play on the right, the midfielder finished off the goal from the door of the area and placed the ball at the left post. Impossible for the goalkeeper!

At 54 minutes into the second half, Luis Miranda had the chance to put his team ahead, but the shot hit one of the posts.

Envigado had more chances to win but he couldn’t find the way to score a goal to make the difference. He stalked the rival goal with 26 shots, of which 15 were on goal and 10 were wide.

The best player of the match was Rubio Spain. The midfielder from Envigado scored 1 goal, made 80 key passes and searched for the opposite goal twice.

William Cuesta also stood out at the Polideportivo Sur stadium. The Tolima goalkeeper was brilliant by saving 8 shots and making 10 correct passes.

The game was highlighted by a lot of friction and constant fouls that cut the game. There were a large number of cautioned: Santiago Jiménez, Anderson Angulo, Iván Rojas, Diego Rodríguez, Jonathan Marulanda and Andrés Rentería. Anderson Angulo was sent off after receiving his second yellow card, in the 46th minute of the first half.

For its part, Hernán Torres’ team took the field with a 4-5-1 scheme with William Cuesta under the three sticks; Jonathan Marulanda, Anderson Angulo, Sergio Mosquera and Junior Hernández in defense; Luis Miranda, Brayan Rovira, Eduardo Sosa, Cristian Trujillo and Andrés Ibargüen in midfield; and Juan Fernando Caicedo in the lead.

Edwin Trujillo Castro was the referee who directed the match at the Polideportivo Sur stadium.

With this result, the host of the match reaches 26 points and is located in fifteenth place. For its part, the visiting team remains at 26 units and is in fourteenth place in the tournament.

this is a huge complex, there are gaps

In the Kharkiv region, the invaders damaged and destroyed 113 cultural heritage sites