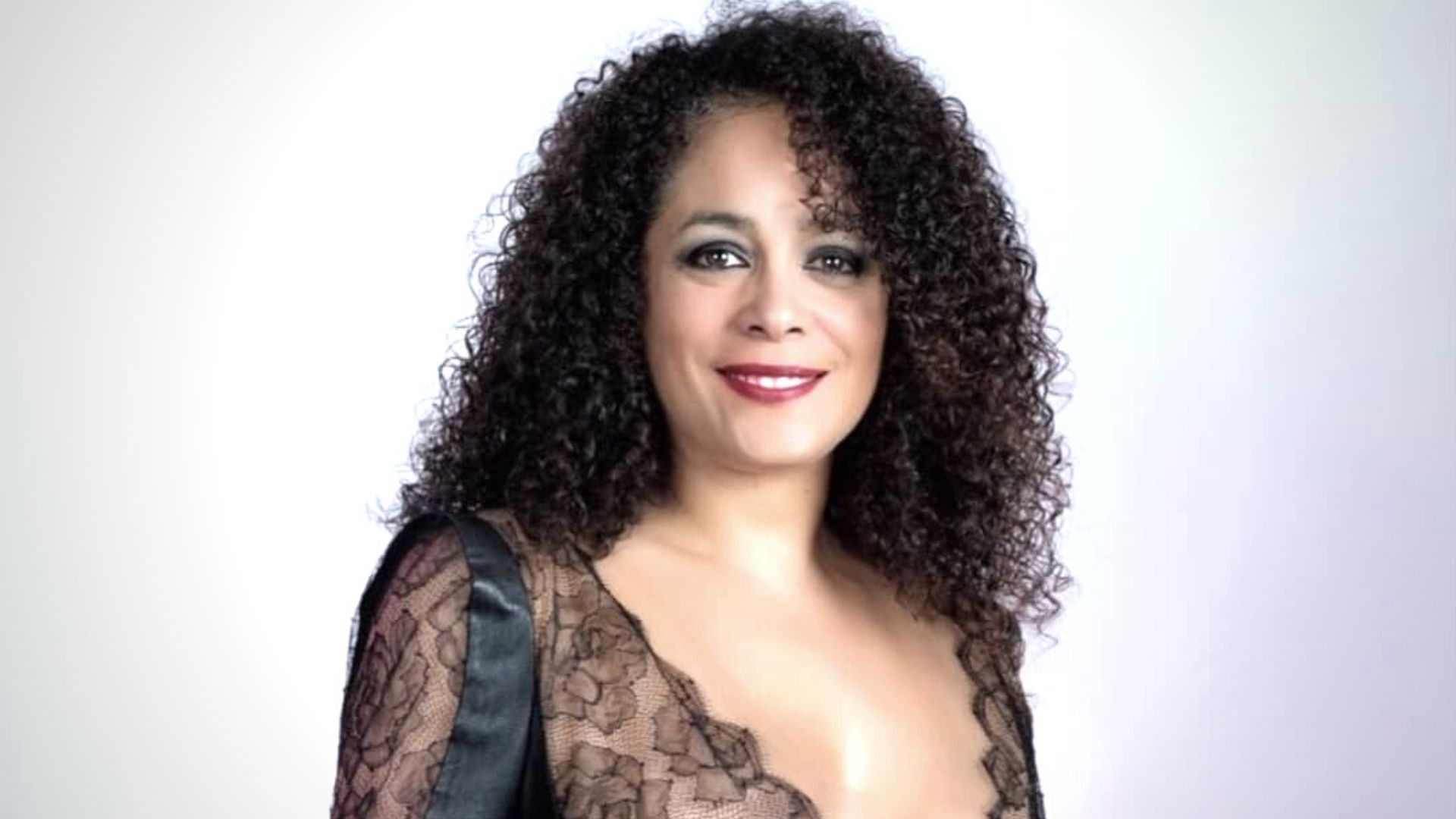 Ebelin Ortiz spoke with Infobae about her role in the Magnolia Merino series. (instagram)

Peruvian actress Ebelin Ortiz He was born and raised in Lince, next to his mother, uncles and grandparents. “I feel that it is a very Creole neighborhood, beyond Creoleism,” she tells us. Since she was little, she admired the work of Victoria Santa Cruz, whom he knew closely thanks to his family. According to her, she tells us, she was the Afro-Peruvian composer and the poem ‘they yelled at me black‘ which shaped her as an artist.

In fact, she was only 6 years old when she began her acting career in a children’s series for the Andean Pact at the end of the 70s. And he hasn’t stopped since then, managing to star in various roles on the small screen; as well as venturing into theater, cinema and music. She was even selected as a councilor for Metropolitan Lima this year.

In an interview with Infobae, Ebelin Ortiz She tells us about her artistic career, about her time on Peruvian TV as an Afro-Peruvian woman; and also about Magnolia Merinoseries inspired by Magaly Medinawhich has generated outrage in the last week amid the endless dispute between the ‘Magpie’ Y Gisela Valcarcel.

How did Victoria Santa Cruz come to influence your life?

My uncles and my mother worked with Victoria Santa Cruz. Her physical presence was imposing. Listening to her, saying the poem, was like a carimba for me. I remember that she was a girl and my mother left me at the house of some of her cousins, these guys would put me up on the table so that I would declaim ‘They yelled at me black’. My family has also encouraged me that artistic side.

Have they called you black at some point?

Of course, whether in the neighborhood, at school, especially in the playgrounds. You start getting these grievances, these negative adjectives, at a very young age. The fact that today here, in Barranca, there is a poster that says that he doesn’t want blacks… it’s funny. One as an adult is just beginning to see it, but in reality these practices come from when we are children and many times it is the adults themselves who do not know how to solve this problem.

And now, as an adult, how do you react when they yell at you black in the street?

I tell him that he is going to die (laughs). The truth is that I stop to clarify things, until now I do. They don’t call me ‘black’, but there is always some unfortunate phrase about my skin color, about my mouth, about my nose, about my bulging eyes.

In social networks, these types of comments abound…

Yes, and it’s even worse because they say it from the underground. I have people on Twitter who say that I don’t think because I published something after twelve o’clock. Or they adjective me with phrases like ‘zambita’ and ‘negrita’. That is a form of racism, discrimination, not respecting opinion, devaluing it with an adjective. 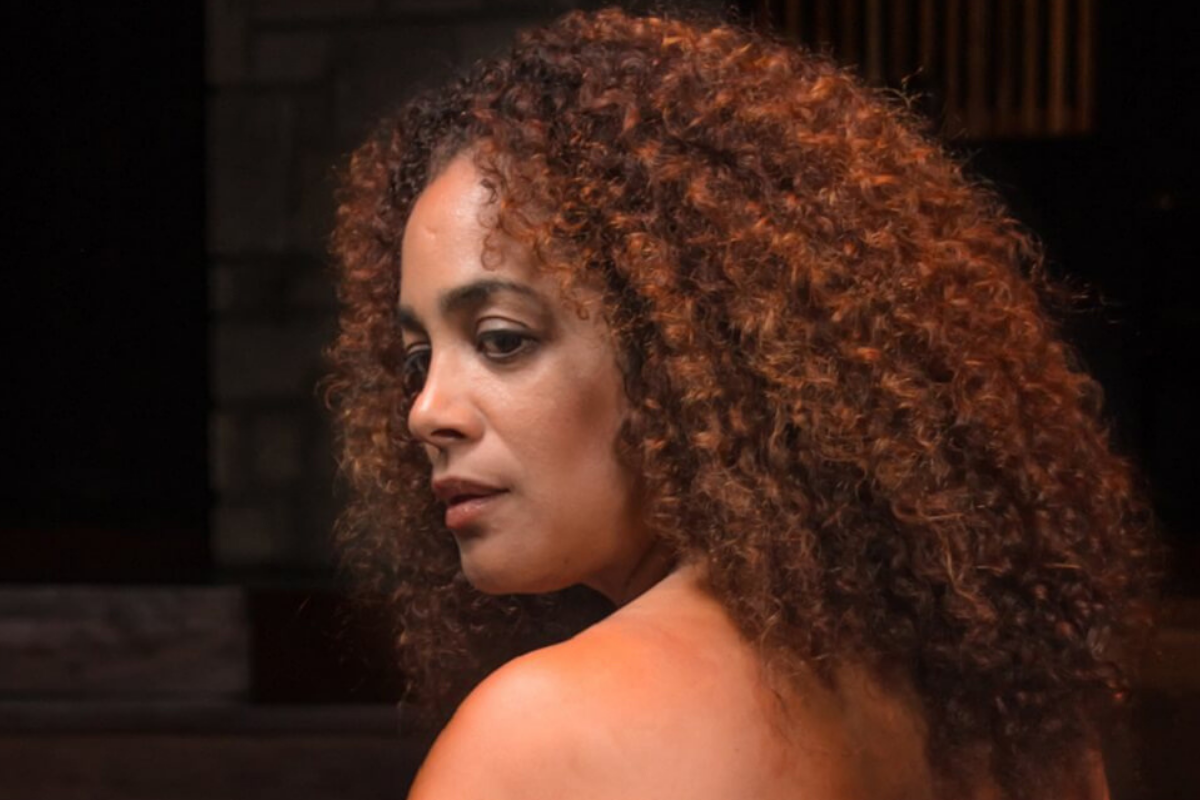 Ebelin Ortiz has more than 68 thousand followers on Twitter.

And what do you do in those cases? Block or ignore?

It depends on how much reach this person has. If I see that he is a troll, I don’t block or reply to him, I just silence him.

Looking back, have you ever made a discriminating comment?

Yes, there was an episode with Pold Gastelo. I had seen a play where he was, he had done an incredible scene. I thought ‘what a scene this cholo got into’. At that very moment I understood that I did not have to make adjectives. The only thing I had to say was ‘what a scene Paul got into’. Why put a racial issue first? This situation made me understand that I too could be a racist and that I had a chance to make a change.

Unfortunately, not many Afro-Peruvian artists get the leading roles despite the great talent they have…

There have been two actresses who have had leading roles, one was Tatiana Espinoza with a series that Michelle Gomez did, which was called ‘Bolero’. And the other was Zonaly Ruiz, who played an Afro character, the one from Lucha Reyes, called ‘Regresa’. Beyond that there has been, I think there are no daring producers to take that step. The second thing is that there are not many black actors either because, demographically, we do not reach double figures.

These roles are often pigeonholed into stereotypes…

Yes, it is necessary that the characters that they offer us have another major occupation other than being a salesperson, domestic worker, prostitute, or a character that is of a minor occupation. There are many professionals, intellectuals, beyond athletes, dancers and cooks. More important representation is needed.

Bartola recently mentioned that Afro-Peruvians put on a “sticker” because “they beat themselves up a lot.” What do you think about it?

Look, no one can deny the feelings of a person attacked by racism. I cannot invalidate the feelings of any person who feels discriminated against for whatever reason, because of their physical appearance, religion, political opinion, much less because of their race or sexual orientation. She can say that she is Peruvian, she is fully entitled to it, but she cannot say that Afro-Peruvians simply do not have more because we minimize ourselves. Not everyone has the same opportunities.

You have more than 40 years of artistic career, what lessons has TV taught you?

It’s fantasy, it’s just that. It creates realities for us that are not true. The world of TV is fantasy, you have to have a lot of character to be in it. If you are a somewhat weak person, this monster can eat you. Despite this, I love it, I love it, I have grown up in front of a camera.

Have you ever been ‘ate by this monster’?

I don’t allow it, no. I think it has to do with training at home. When I did TV, I never believed my life and that is why I continue to maintain myself throughout these 45 years in showbusiness. When I wanted to get half arrogant, my mom would sit me down and say ‘Ebelin, you’re not doing anything special. You are an ordinary girl, the only thing is that you have a talent and you appear on TV’.

Do you miss the small screen?

Of course I miss her, but I’m not dying to be.

Recently, on Twitter, you criticized the fact that television profits from people’s privacy. Many related them to the dispute between Magaly Medina and Gisela Valcárcel…

Totally. No one has the right to enter the privacy of your home. It’s not that I watch Magaly’s show, but it’s broadcast on social networks, and the last thing I saw is that they focus inside someone’s house. They have made us believe, that is the worst, that this is important. And it is not like that. I don’t have to care what my neighbor does, if he wants to go out naked it’s his house. I don’t have to be watching or gossiping about what’s going on in someone else’s house, much less expose it to public scrutiny.

Today, what is most seen on television are cases of infidelity…

We do not always talk about an infidel, but there are three affected groups: who committed the infidelity, with whom the infidelity was committed and for whom. But people put it as if it were the best. What do you care if he turns it around? What do you know if she lets him do it? Why do I have to expose my emotions, my life, my dealings, with the public?

Gisela Valcárcel has also been the target of criticism. In ‘El Gran Show’, many participants have been supported by Magaly…

We have a driver who appears in her program the most unfaithful, all the time. Both speak of morality, however, one affects the lives of families and the other boasts an act of infidelity. Do we want to preserve the family and good customs, or what?

You have participated in ‘The Artist of the Year’ in the past. If they offer you to come back, would you do it?

I appreciate Gisela, of course. If she calls me back and I have the time, she would go. But it does seem to me that she commits these inconsistencies, you can’t talk about the family and being pro-family, when you have a recognized infidel as input. Do not put yourself as the standard bearer of something when in practice you do not do it, in neither of the two cases because Magaly does exactly the same thing. She enters another’s life, but they don’t want them to enter hers.

Magaly Medina defended herself against Gisela by remembering the series ‘Magnolia Merino’, inspired by herself. Do you regret having starred in that production?

I don’t regret it at all. If they offered it to me again, I would do it because for me everything is an opportunity. All. Also, if I hadn’t accepted it, another actress would have accepted it because that series was going to be made and was scheduled to be made long before she was even judged, before a trial even started. 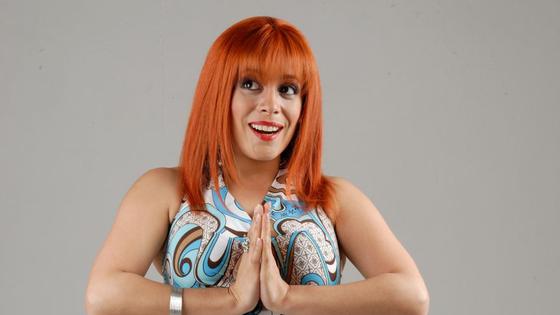 It was for this very reason that you were criticized a lot, because the series was broadcast when Magaly Medina was behind bars…

It is very easy to blame the actor for why he accepted. But wait a minute, things don’t work like that. As an actress, I saw an opportunity to play a character that seemed rich to me because of his characteristics and I did it and that’s it. Why don’t you ask Michelle Alexander why she did it? Why don’t you ask the head of programming at the time why he programmed her when she was in jail?

So, the goal was not to release the series when she was in prison…

Magaly gives information that is not real, there is always a lie in what she says. His followers are simply going to believe what he is saying. She is doing the exact same thing as her comadre, who says she victimizes herself and she does too. And I am in the middle of a war between two divas, when I do my work with the tranquility of the world. I don’t mess with anyone, I do what I like, I’m happy and I sleep peacefully every day.

Honestly, what inspired you to star in the character of Magnolia Merino?

I was based on the character that Magaly Medina sells on television. At 9 pm she offers us a character until today, because her form has never changed. That character is a journalist who is mocking, who attacks with her comments, who exposes public figures; and the character of Magnolia Merino was that. We were not talking about her intimate life, we have not talked about her son. A story was created from a character shown on TV. If she doesn’t like it, it’s probably because she sees herself. Now that’s his problem. It is not the problem of the writer, or the producer, much less the actress who played it.

Ukrainians are no longer deported – KP.RU