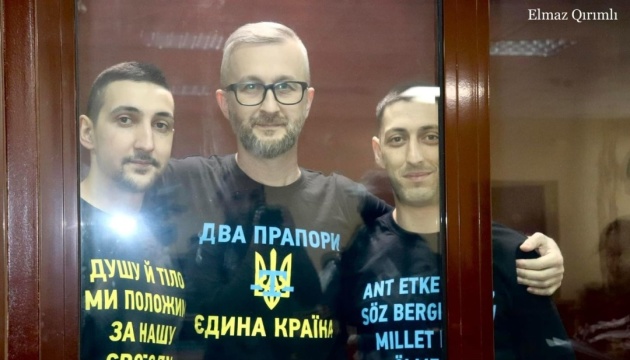 The defense of the first deputy chairman of the Mejlis of the Crimean Tatar people, Nariman Dzhelal, filed an appeal against the verdict handed down by the Crimean “court” in the case of blowing up the gas pipeline.

According to Ukrinform, about this in Facebook said lawyer Nikolai Polozov.

The complaint will be considered by the third appeal court Sochi (Russia).

According to the lawyer, the annex to the appeal with detailed evidence will be presented in court after reading the minutes of the court session, audio recordings and materials of the criminal case.

Read also: Illegal sentences Dzhelyalov and brothers Akhtemov: data on the Crimean “judge” will be transferred to the National Security and Defense Council

As Ukrinform reported, torture was used against the defendants and witnesses in the case of the first deputy chairman of the Mejlis of the Crimean Tatar people Nariman Dzhelal (Dzhelyalov) and the Akhtemov brothers, and secret witnesses were also heard.

A court in Crimea sentenced Nariman Dzhelal and the brothers Asan and Aziz Akhtemov to 17, 15 and 13 years in a strict regime colony, respectively. Everyone was also given heavy fines.

Not everyone will pass medical examination during mobilization – military expert

Russians with categories “A”, “B” and “C” fall under mobilization