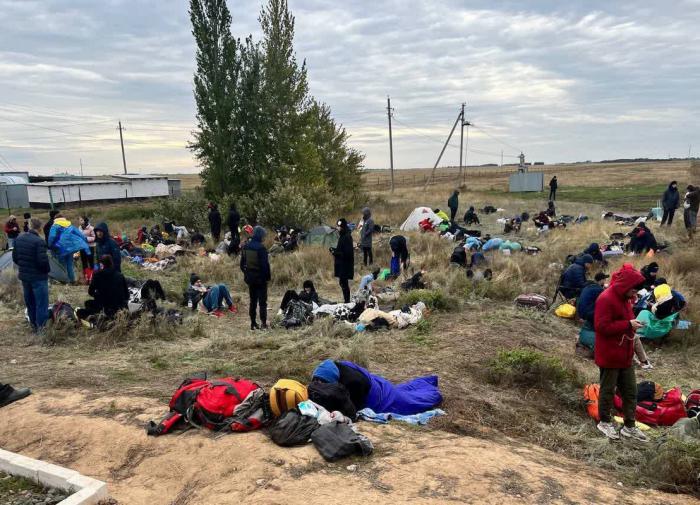 Citizens of Russia who decided to flee to Kazakhstan after the announcement of partial mobilization are undergoing a severe survival school on the border. This is reported by the military correspondents of the “Russian Spring”.

People build housing for themselves – tents made of branches and polyethylene, cook food in the field on a fire and endure any weather conditions.

As a result, several thousand hardened fighters will turn out of the draft dodgers, who can be immediately mobilized into special forces, the publication believes.

We add that residents of Kazakhstan began to offer Russians on social networks to enter into a fictitious marriage in order to accelerate the acquisition of citizenship of the country for a certain fee.