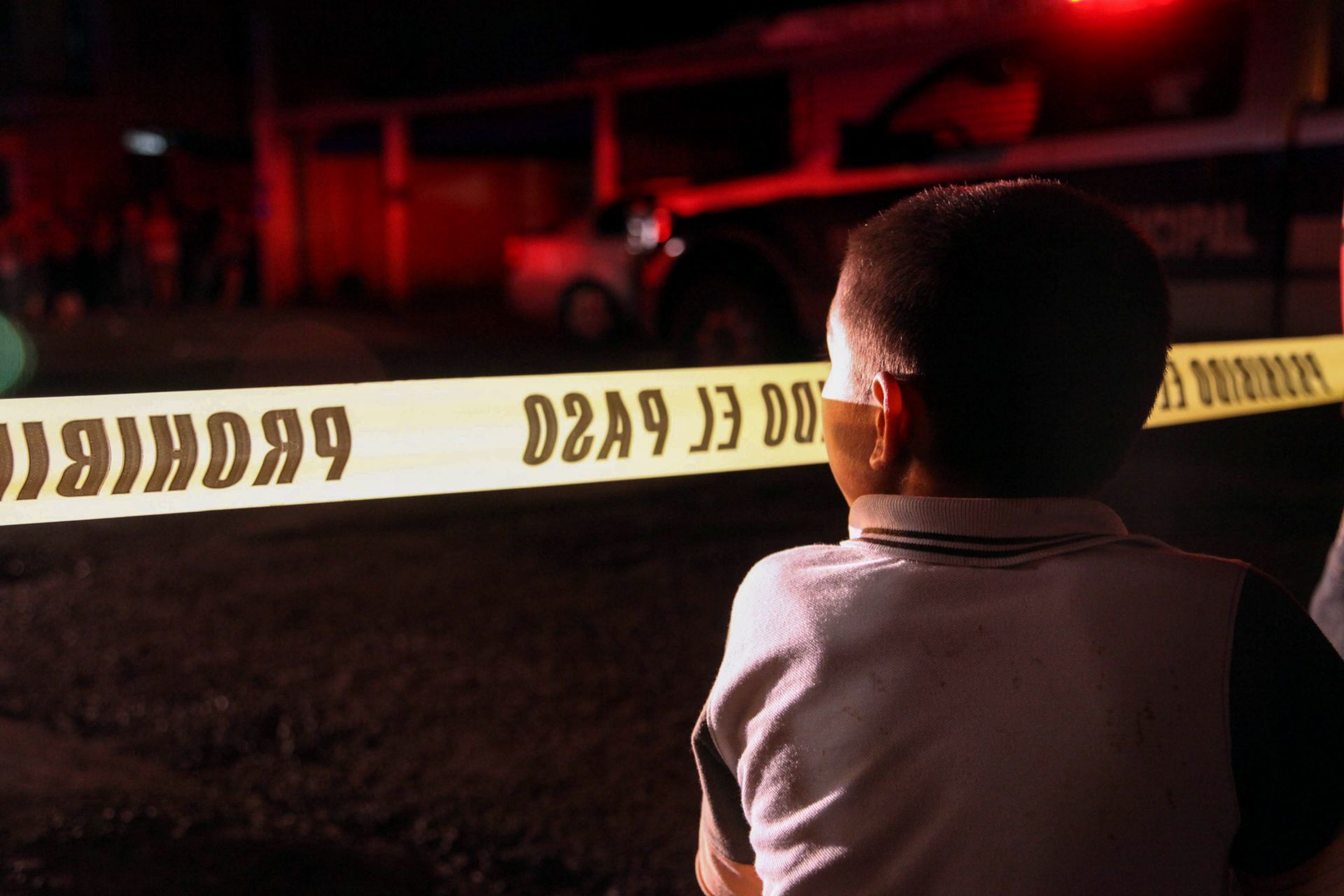 In October there was a rise in intentional homicides throughout the country (Photo: Cuartoscuro)

Rosa Icela Rodriguezholder of the Security Secretary and Citizen Protection (SSPC), recognized that in October there was a rise in intentional homicides throughout the country, however, noted the increase in violence as “slight”.

Torture and mutilation, the most frequent atrocities in Mexico during 2022 according to Common Cause

The states of Baja California, Guanajuato, Michoacán and Morelos registered the highest number of cases

This Tuesday, November 22, during the morning press conference of President Andrés Manuel López Obrador (AMLO), the Secretary of Security explained that during the month of october registered all over the country 2 thousand 766 intentional homicides.

“In October there was an increase in the number of victims, however, there have been good results and a downward trend in recent months”

However, he indicated that despite the rebound, in the first 20 days of November there was a “significant decrease” in crime, since the estimate is 2 thousand 395 victimsthat is, 22% less than the historical maximum of 2018 and 13.4% than October. 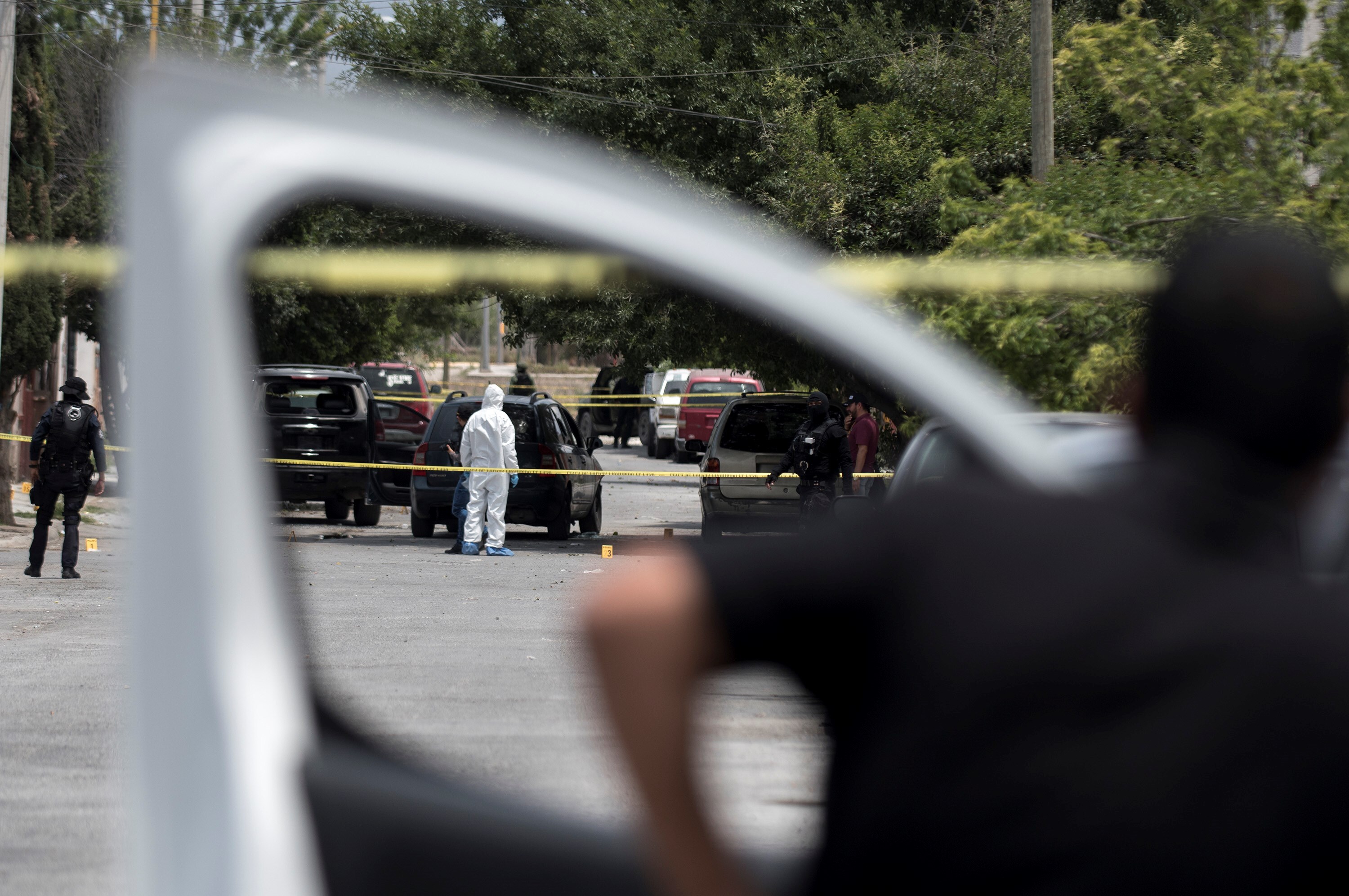 Judges freed “The Queen of the Riviera Maya”, the main drug trafficker in southern Mexico

Ricardo Mejía, Undersecretary of Security, reported that a complaint has already been filed for the release of “Doña Lety”, a former police officer accused of leading a drug cartel

In addition, Rosa Icela Rodríguez highlighted the decrease in the daily average compared to the four previous years, since from January to October 2022a registered average of 86 victims of intentional homicidethe lowest since the administration of the National Regeneration Movement (Morena) began.

Likewise, the Secretary of Security announced that Guanajuato remains the entity where the highest number of murders are committed, even when the number of homicides went from 309 to 293, “which meant a drop in crime.” For its part, the State of Mexico (Edomex) had 231 homicides in the last month, 33 less than the previous month. 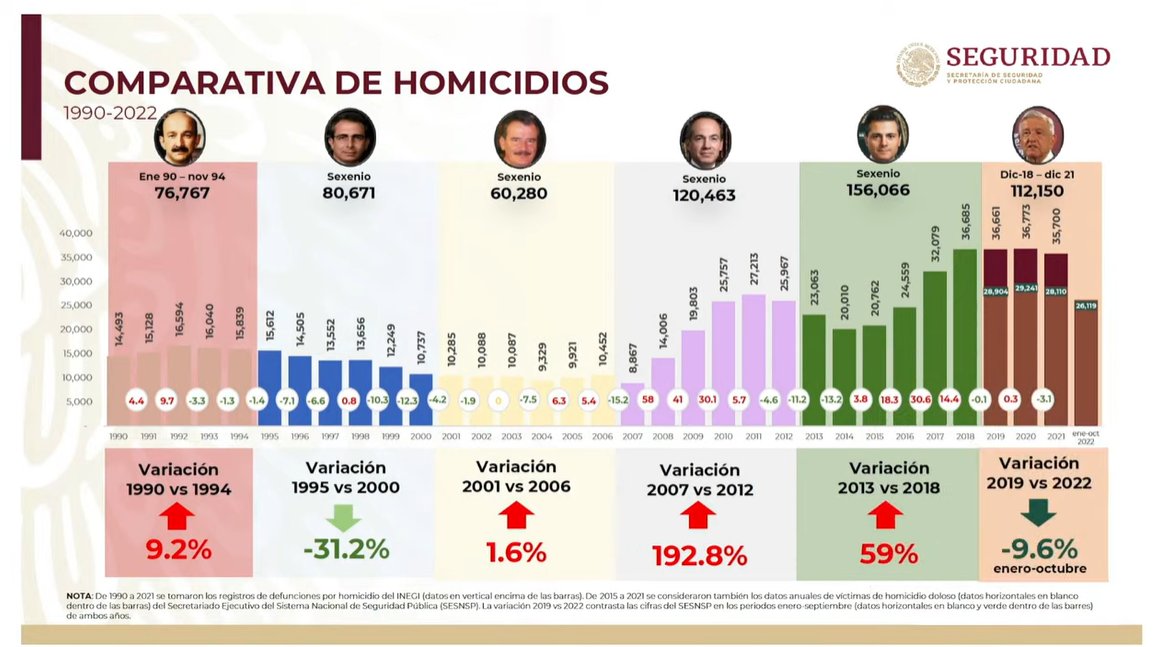 The entities that concentrate 48.9% of intentional homicides throughout the country, reported the secretary, are:

Violence against minors: Ombudsman warns of a 24% increase so far in 2022

The leader of the entity, Carlos Camargo, called on the International Day for the Rights of the Child to guarantee and protect the rights of minors who are victims of different types of violence

While the most violent cities are: 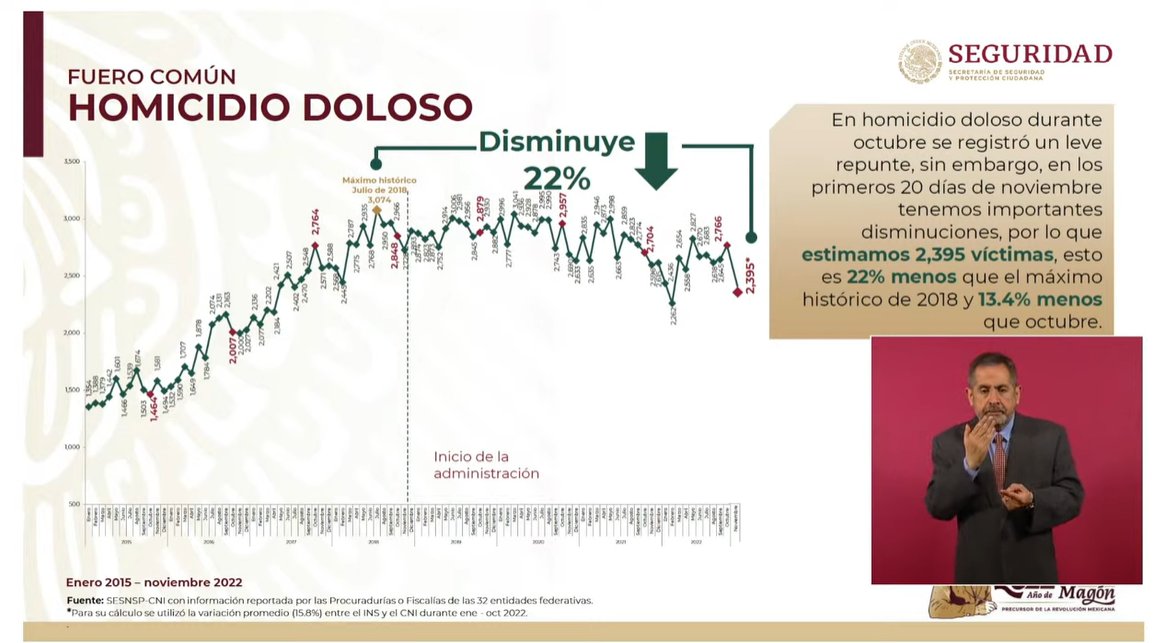 Guanajuato remains the entity where the highest number of murders are committed (Photo: SSCP screenshot)

Finally, the secretary of the federal agency pointed out that in the 50 priority municipalities where most of the intentional homicides are concentrated, there was a 12% reduction, although in the disaggregated report, in 18 of them, there was a 7.9% increase.

Between altars and offerings, Mexico said goodbye to October with the highest number of homicides in 2022
Judges freed “The Queen of the Riviera Maya”, the main drug trafficker in southern Mexico
Government exhibited a judge from Irapuato for stopping the transfer of the GN to Sedena: “It is exceeding”