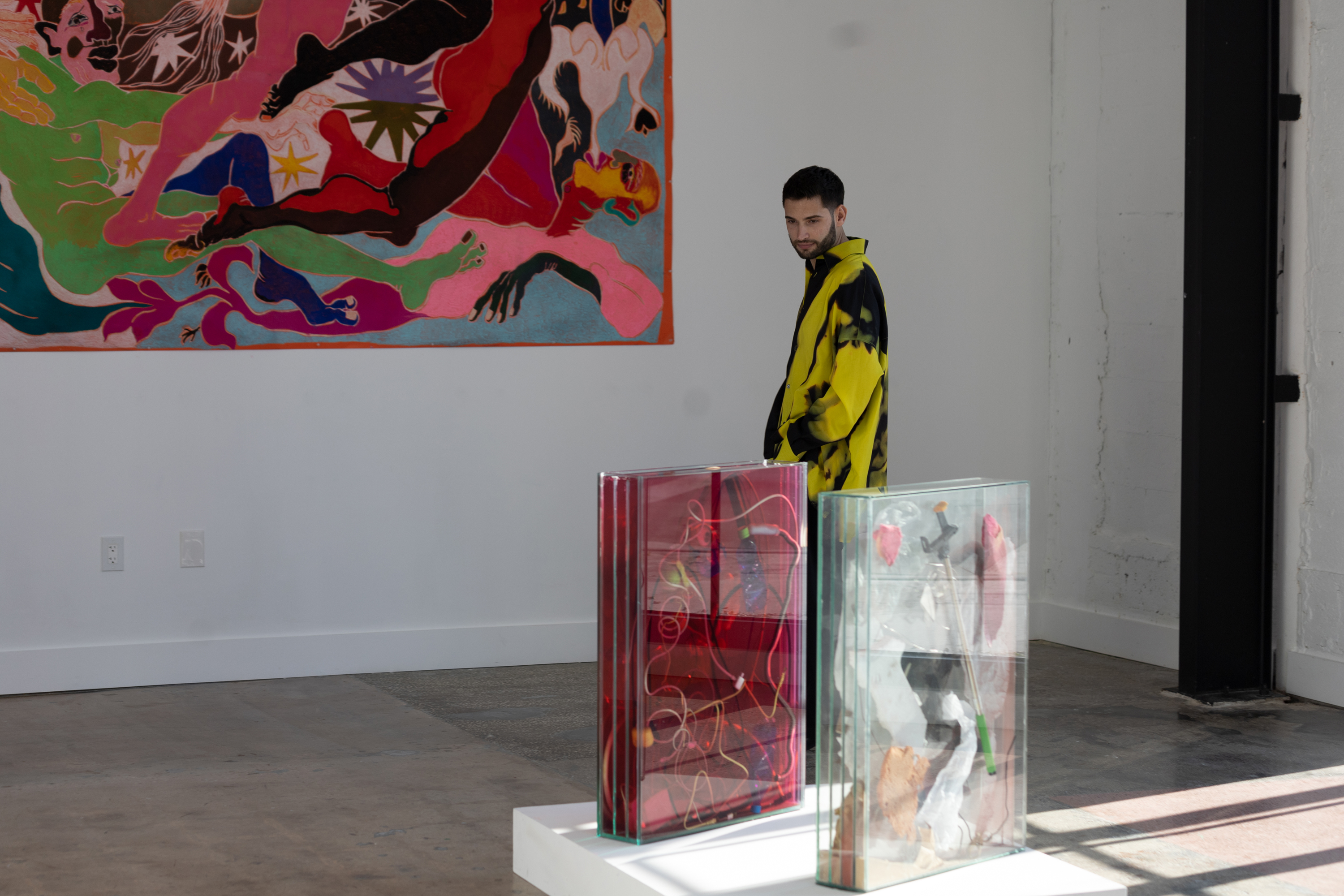 “What is cute? What is ugly?” asks the curator of Deform City Toura sample of contemporary Argentine art that can be seen until October 31 at Tomás Redrado Art, in Miami. “Nothing more cultural than taste,” he answers. “The taste of an era is the convention of the distracted majorities.” 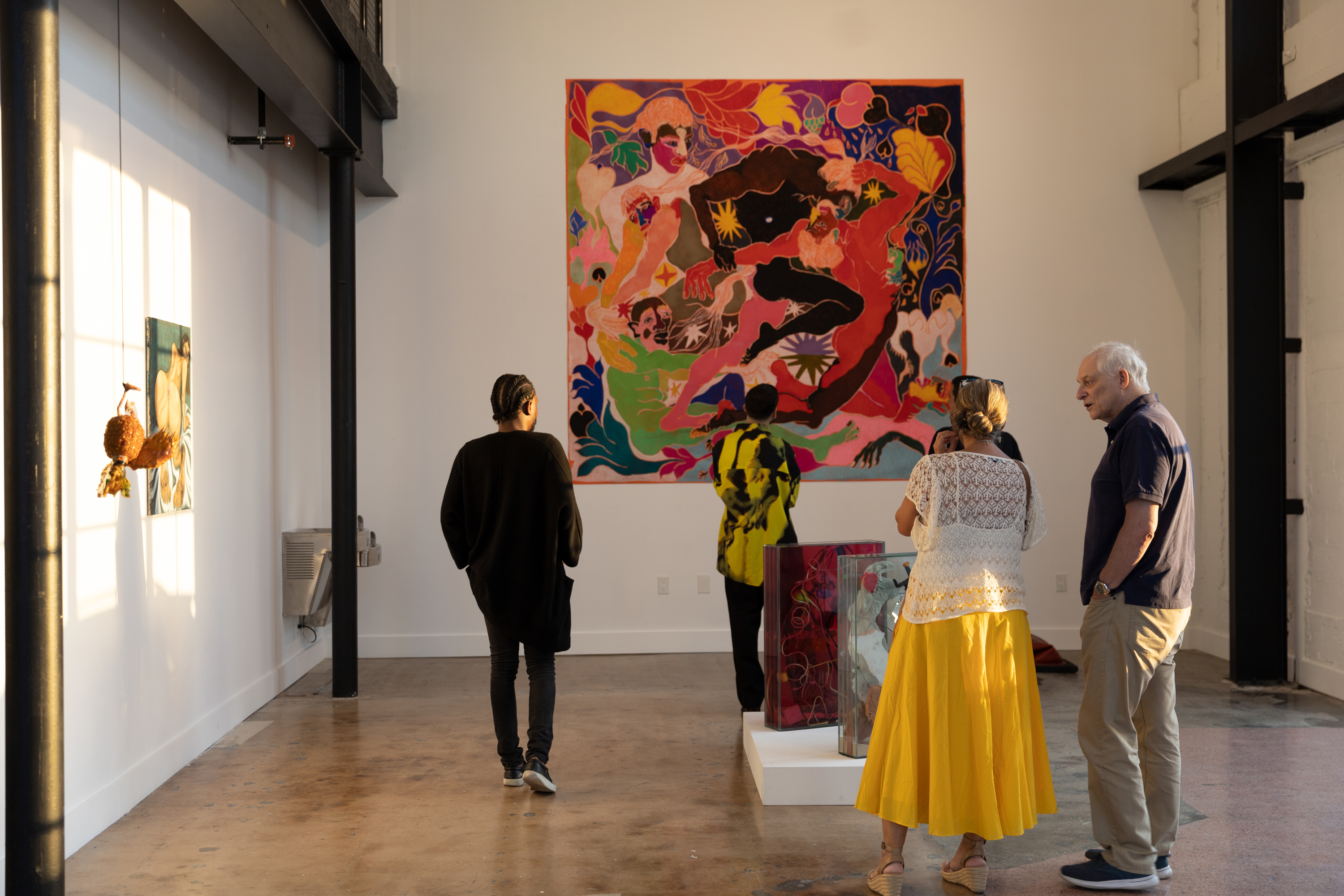 The eight artists brought together by Diego Bianche in this space that stands out among Miami galleries —an important node of the visual arts in recent years— they work in Argentina, and each of them had exhibited separately. Then Bianchi, whose works are also part of the exhibition, imagined them together, as a “wayward troupe”, as he introduced them, whose work complements each other to erect “a Disney dark”. 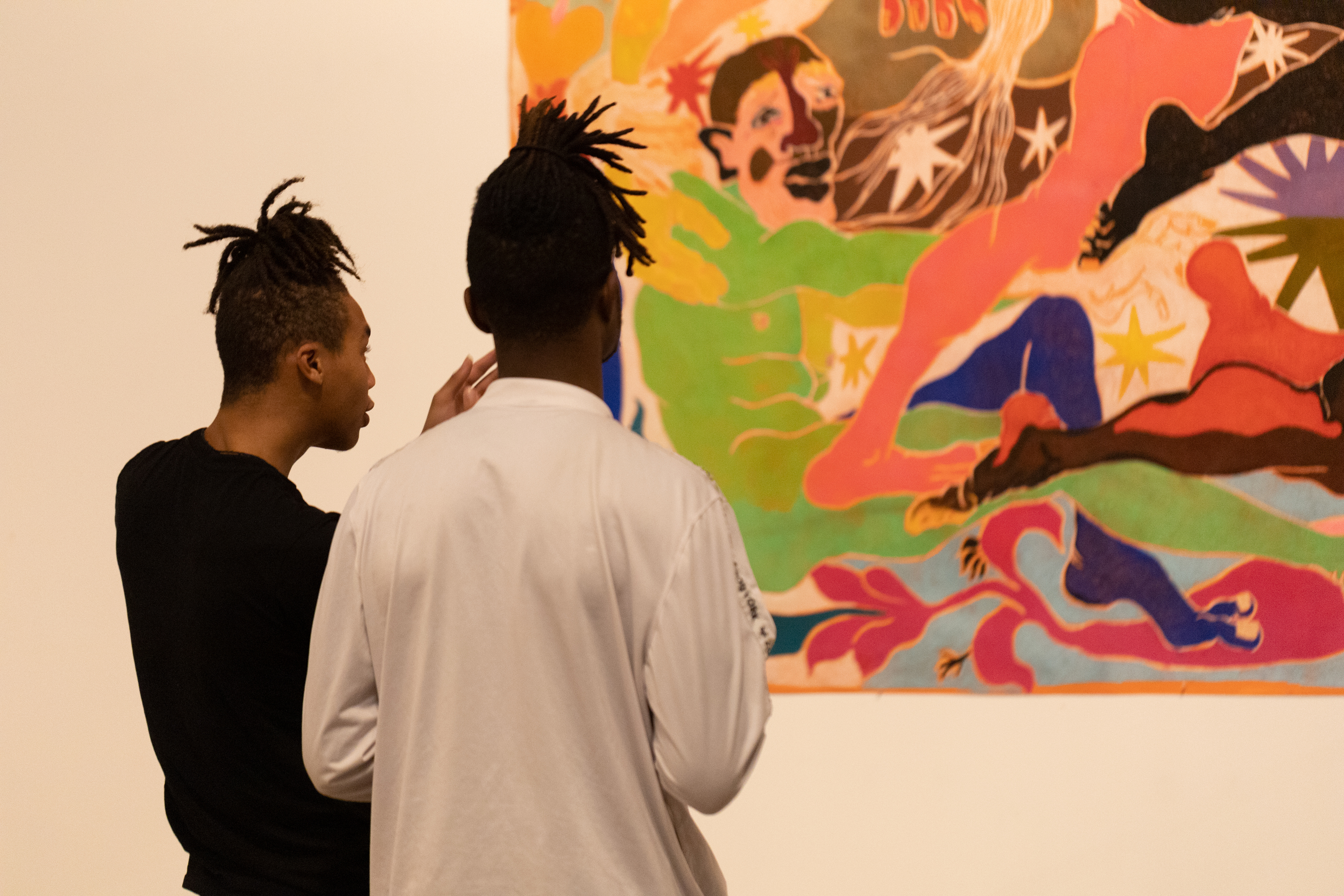 For the Argentine gallery owner based in Miami, “Bianchi is a strong and inspirational guide for these artists, intentionally and unintentionally.” This pioneer in underground art in Buenos Aires, today has international circulation and has exhibited in the Museum of Modern Art of Buenos Aires and the Pérez Art Museum (among others), in addition to having participated in the most prestigious international fairs, such as BOW in Spain. “As a curator, Bianchi synthesizes this group well”. 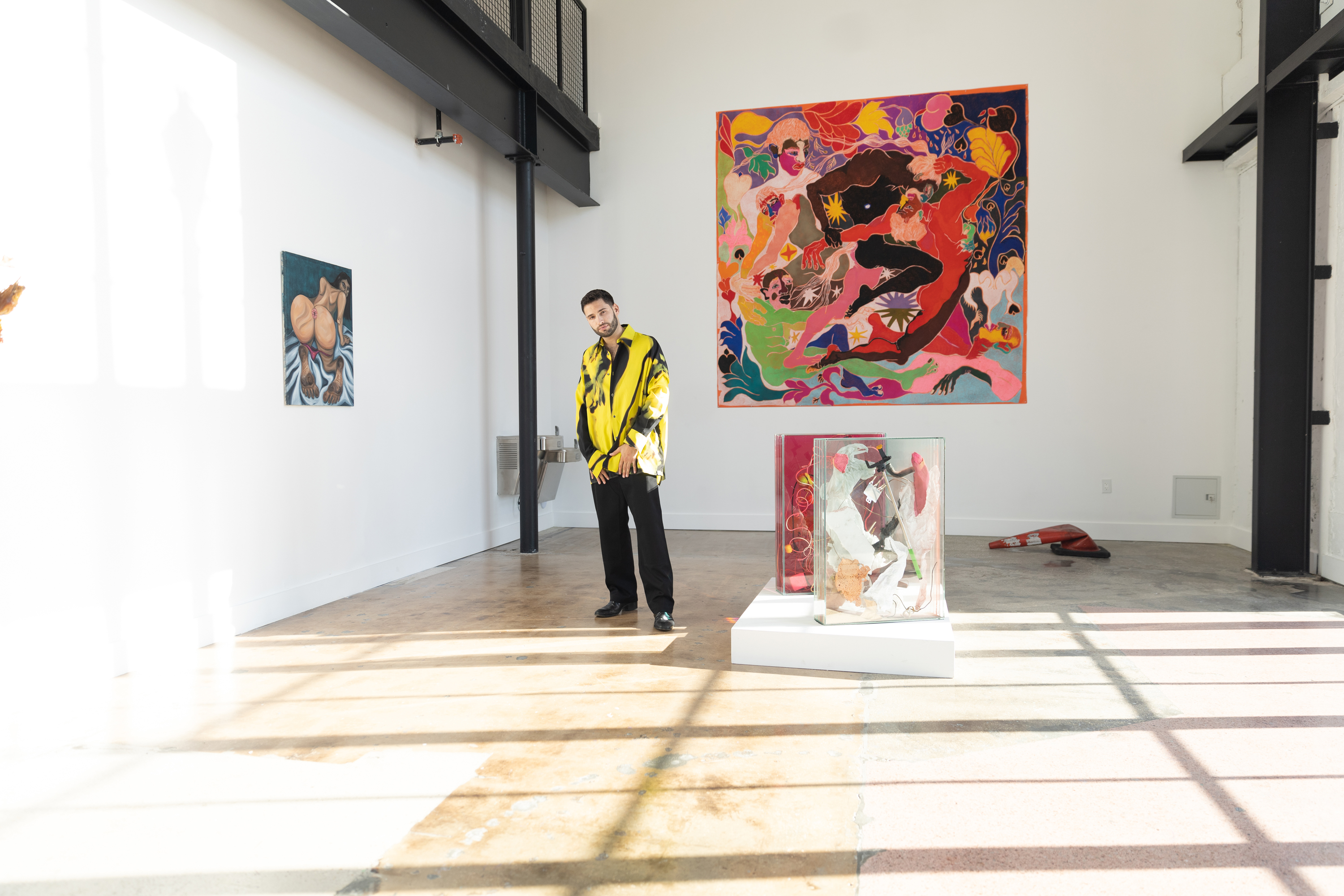 The effect it achieves Deform City Tour —another effort by Tomás Redrado Art to position contemporary Argentine artists in the US market—is solid: it gives the impression of a pre-show unity, like a collective decision to “recover opacity and lose shine”. 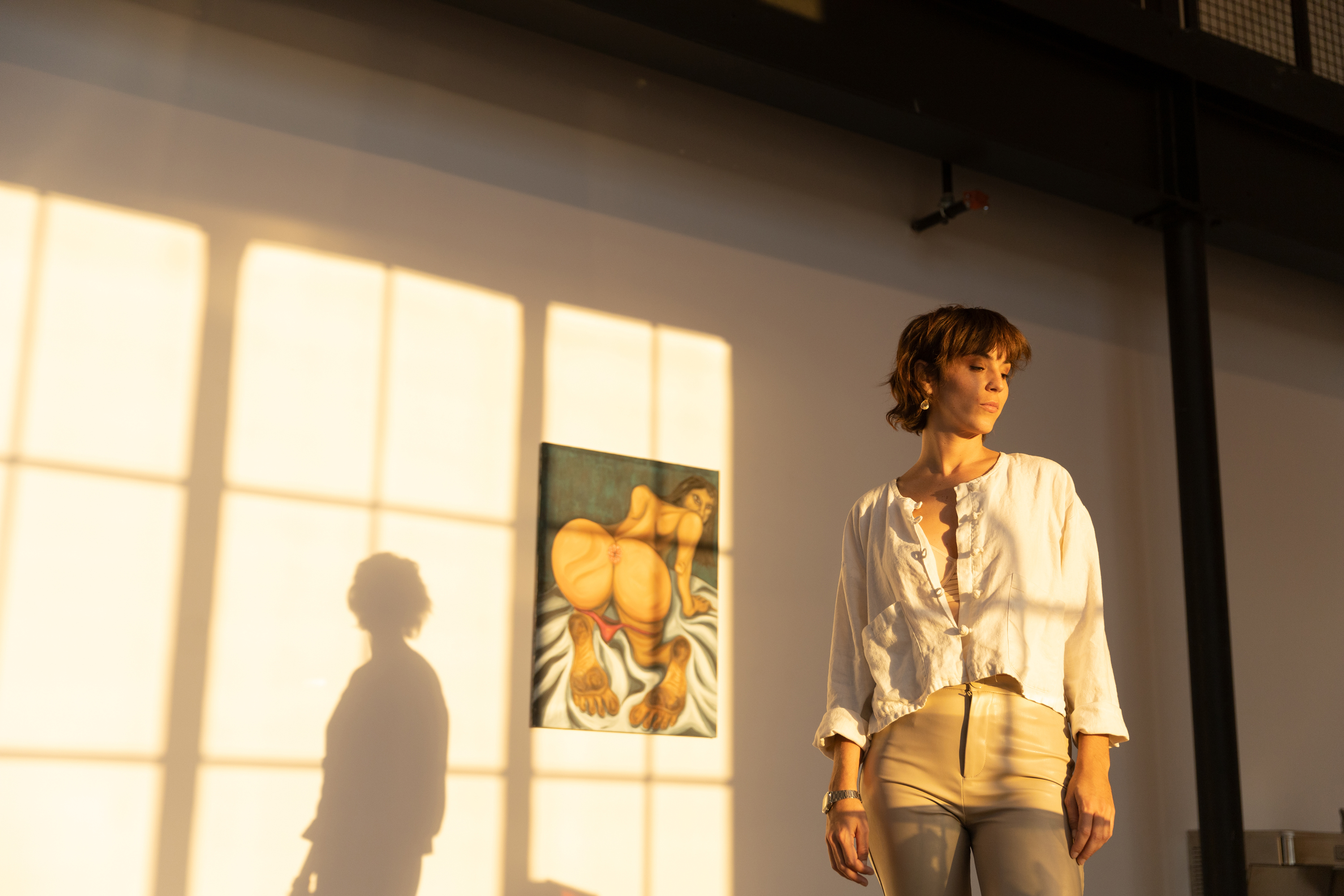 “This group of artists chooses to reject, to be dissatisfied,” Bianchi described them. “Choose fragility, distortion, out of focus to generate an aesthetic-political warp that redeems the condemnation of the perfidious to transform it into a blessing.” These creatorsextract the extraordinary from the darkThey dig, they go astray, they bleed to death, they poison themselves, they assume they are cursed, because they know that in normal there is nothing exceptional and normality is the real threat of our time”. 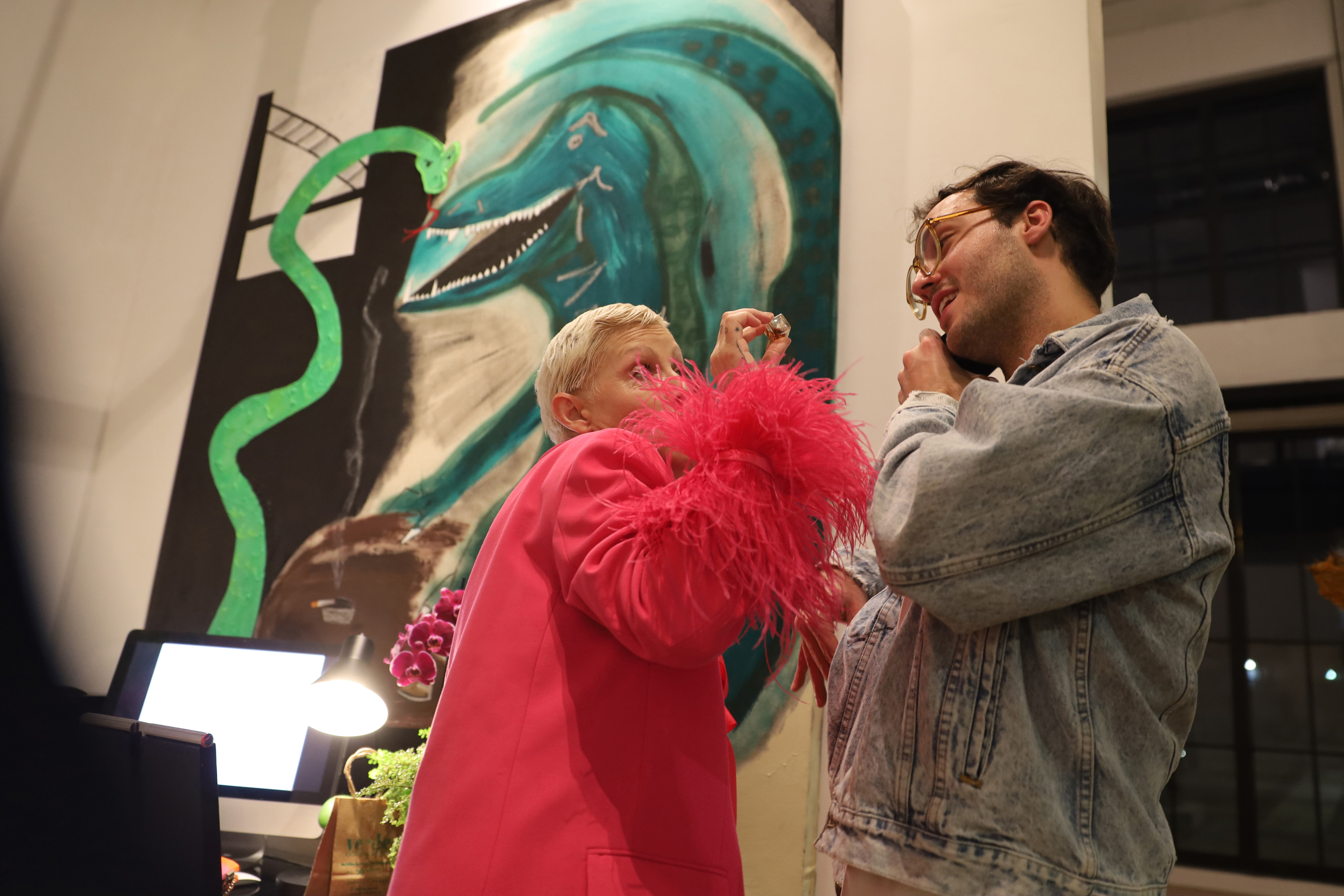 In a market where the art of the Cuban diaspora abounds, little by little other groups of artists emerge with a presence that aspires to be more regular in Miami. The gallery owner Redrado concentrates his efforts on “the strategic positioning” of those born in his country. “In the world contemporary art scene I see Argentina growing but still weak for the potential we have. I am very happy to be present at fairs like Art Basel, MACO and the São Paulo Biennial, with very good work and very good artists. I consider myself a small link in a great chain of Argentine art projects at an international level”. 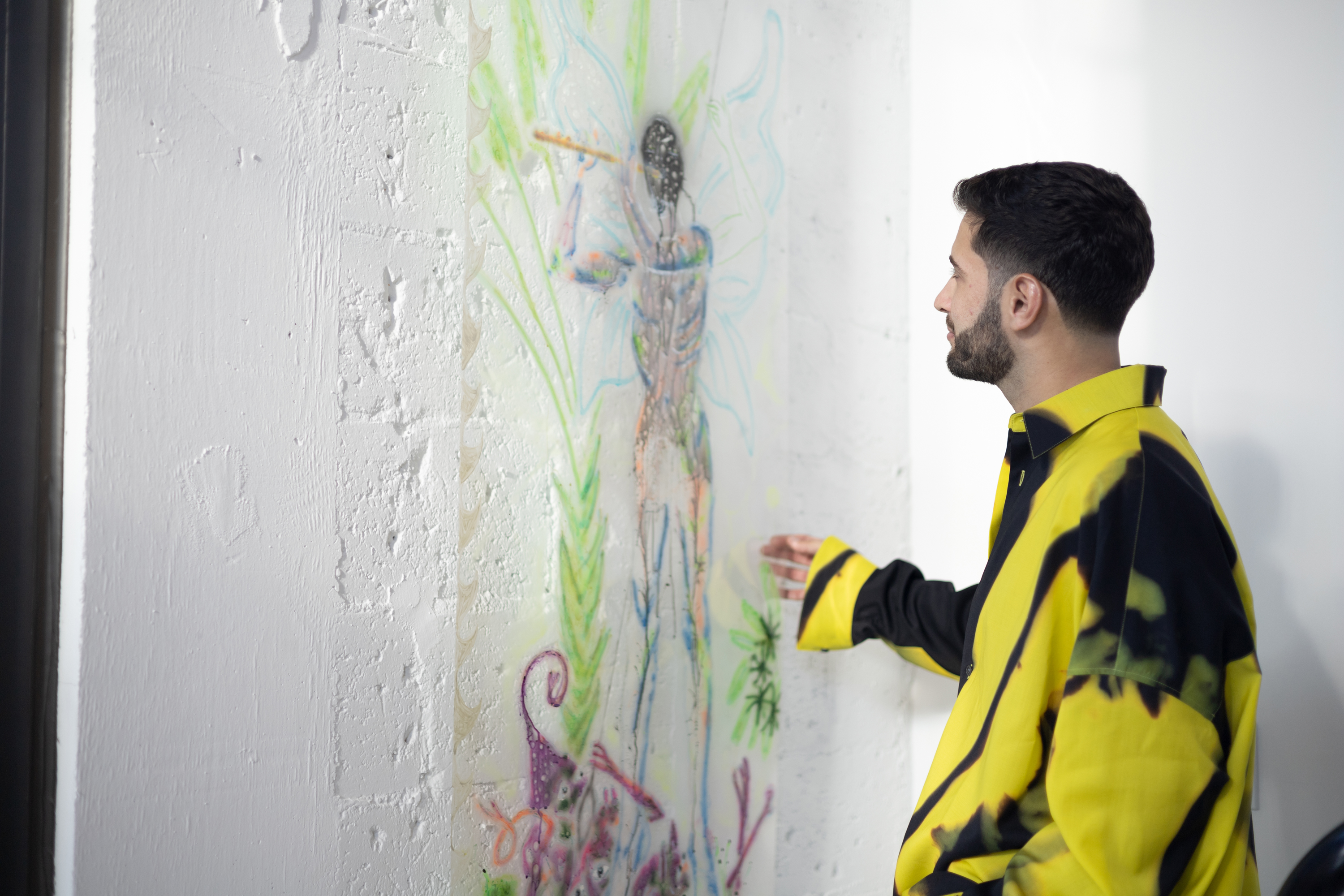 On this occasion, works of different materials and techniques show another form of beauty: “Look at the open sky or look under the oven, where the dirt hides and a landscape of mites, dubious dust and dead hair is assembled”, illustrated Bianchi . ” A beautiful-dark landscapewhere time is the agent and things start to be things when we stop paying attention to them”. 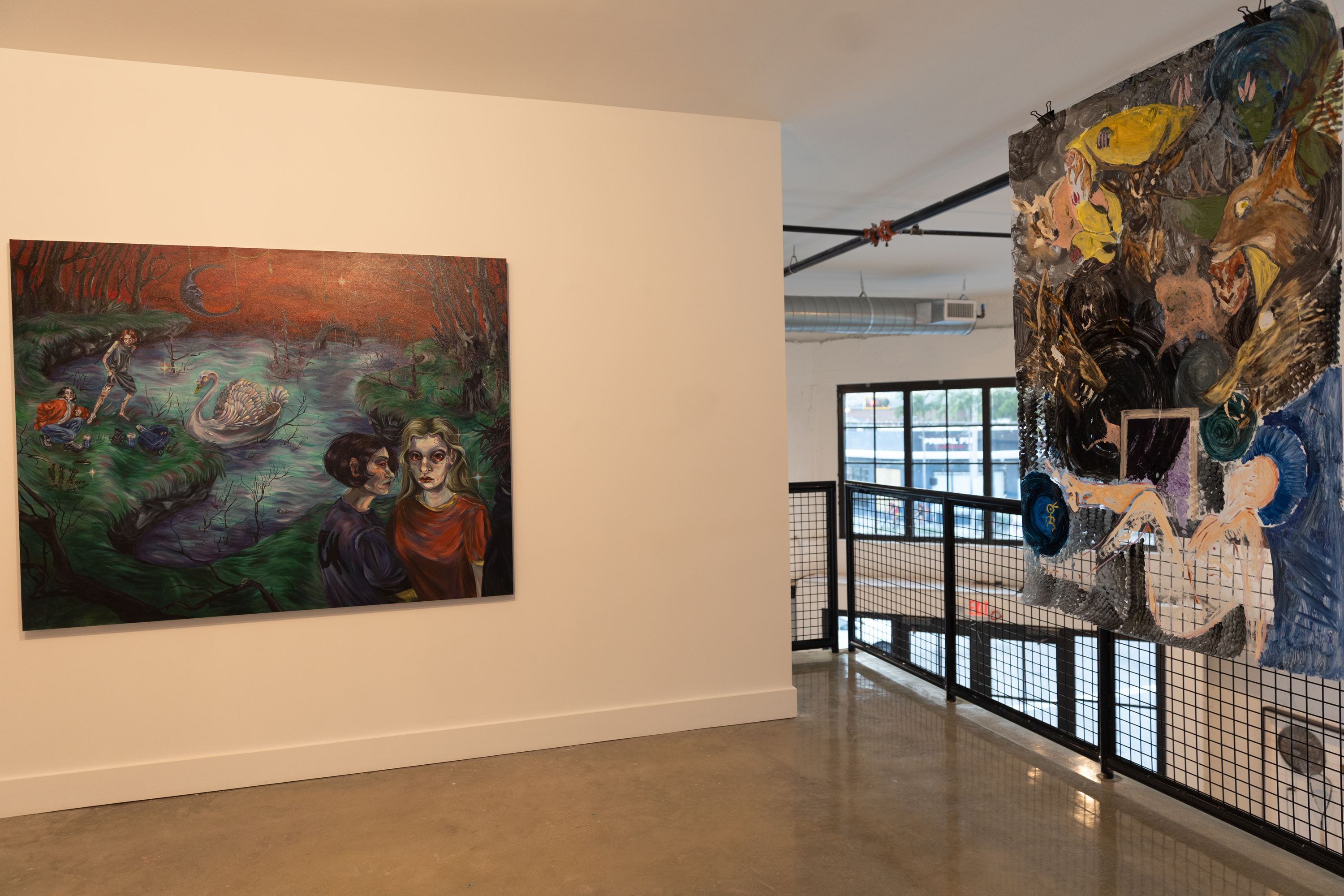 Bianchi conceives artistic practice as a space for rehearsal and experimentation, where the usual conditions of the real world do not exist and it is possible to alter and distort what exists.

Based in Brooklyn, New York, this painter, poet, and performer operates on her emotional experience, her inner lyrical voice, and her visionary imagination.

From audiovisual works to sculptures, from installations to performances, Belen addresses concepts such as the extended family, communication codes, spiritual marketing and the relationship with consumer goods. 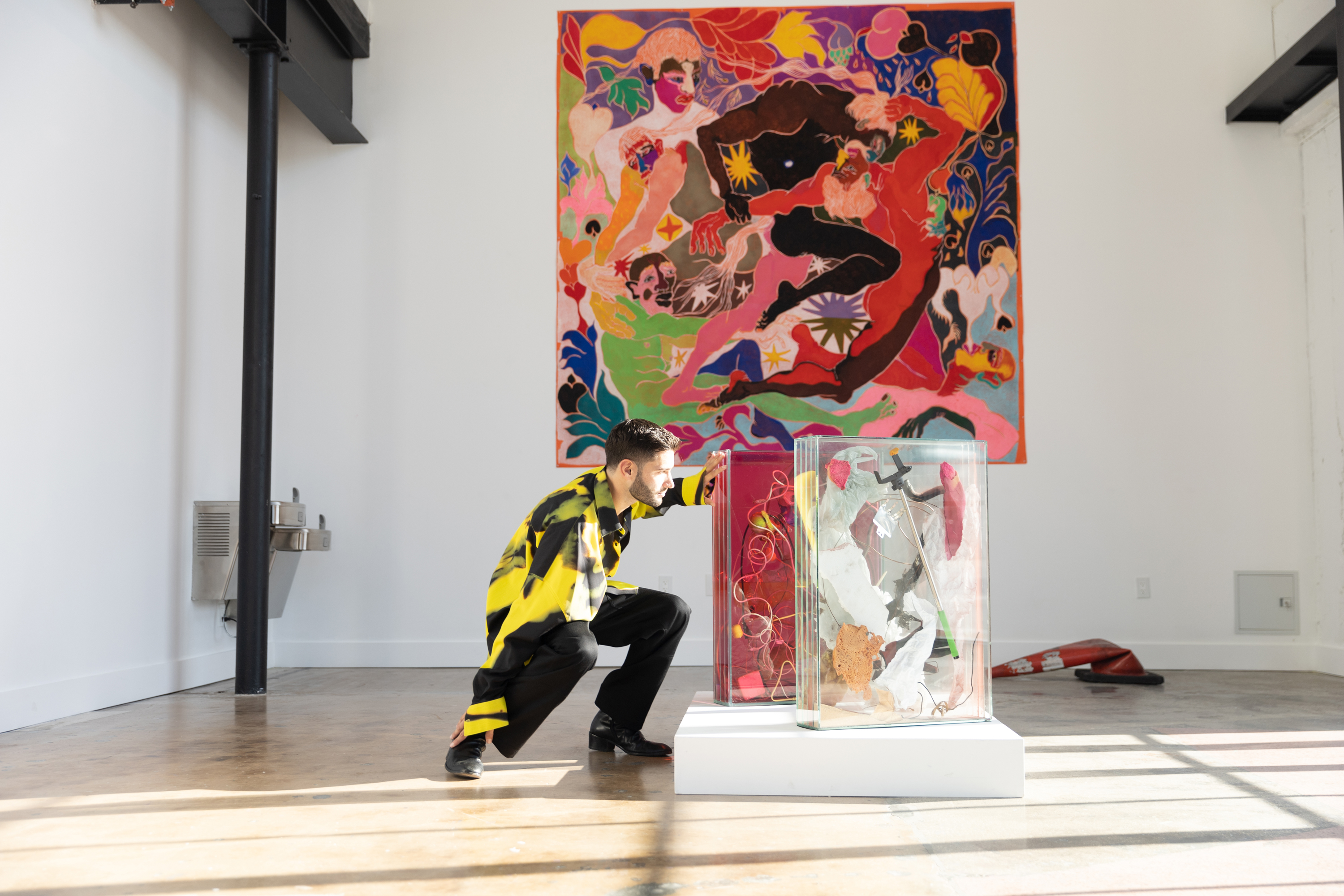 He works with different materials and in different disciplines: painting, sculpture and performance. She addresses issues such as the body, desire, sexuality, and social roles.

In a large size (270 cm by 270 cm), Viau traces bodies (not necessarily human) that narrate a kind of Latin American odyssey, punctuated by dreamlike elements that speak of the duality of hate and love.

It revolves around the practice of expanded drawing

Montes’ meditations are projected onto the transparency of polyester and tracing paper to form a sensitive encyclopedia. The flirtation between light, shadow and space speaks of the landscape, history and oblivion.

With painting, objects and installations, his work explores the discomfort of some spaces and the sensitivities that disintegrate. With elements borrowed from literary genres such as horror and fantasy, the oneiric, the paranoid and the psychedelic, they leave transfiguration and opacity in their wake.

His work is developed mainly in the field of painting and performance, and investigates the visual discourses present in the different scenes that he frequents from an early age: parties want, underground metal, clubs, internet trash, iconography of gangs.

The autobiographical is presented as a possible exponent of situations that, isolated from the context that justifies their existence, invite us to think of agitation as a way of inhabiting the contemporary world. 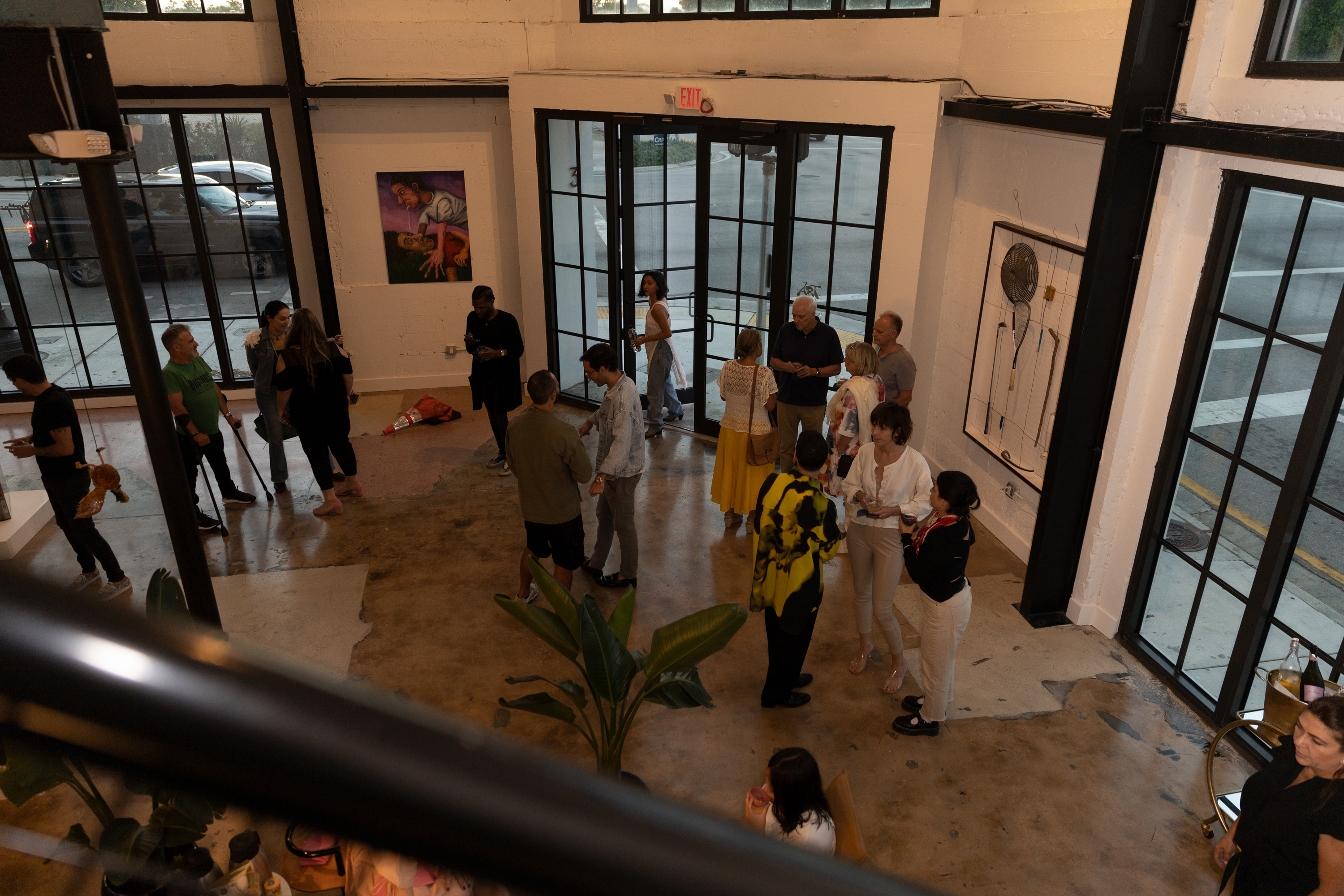 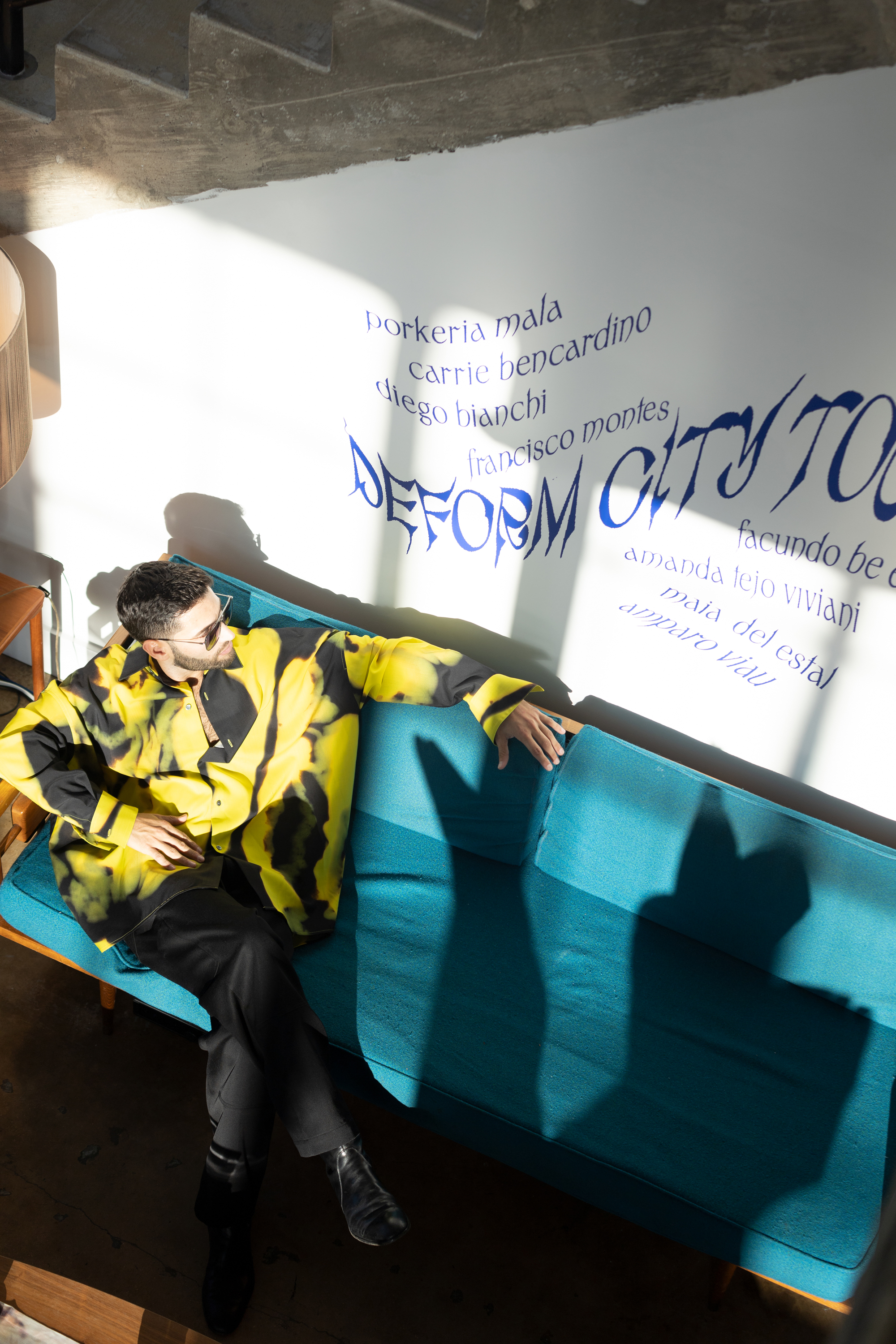 “Stranger Things” will have a store in Miami: when it opens and how to book a visit
Do you know the Circle of Miami, an archaeological structure surrounded by controversy?
10 tips for your next trip to Miami

″Absolute farce″: what they say in Germany and Belarus about the sentence of journalist Slavnikova | Belarus: view from Europe – DW special project | DW