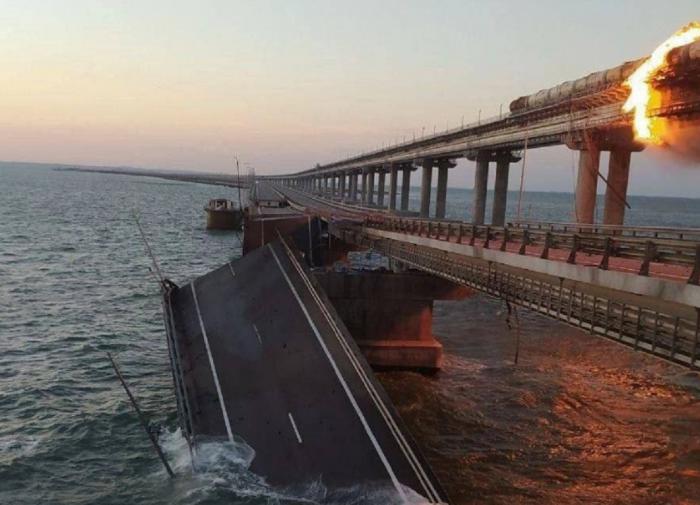 Fire and partial destruction of the road on the Crimean bridge occurred as a result of an attack by the Armed Forces of Ukraine, said a representative of the administration of Zaporozhye Vladimir Rogov.

“The Crimean bridge has been blown up. Both branches – the road and the railway – have been cut,” a member of the main council of the administration of the Zaporozhye region wrote in his own Telegram channel.

He added that traffic on the bridge is completely closed, at present, local authorities are preparing to launch a ferry across the Kerch Strait.

Rogov is sure that in response it is necessary to hit the Ukrainian decision-making centers, and therefore ended his message with the coordinates of the office of the President of Ukraine, the headquarters of the SBU and the Main Intelligence Directorate of the Armed Forces of Ukraine.

“I slowly unbutton the buttons on my jacket, and you quickly send tanks to Ukraine”