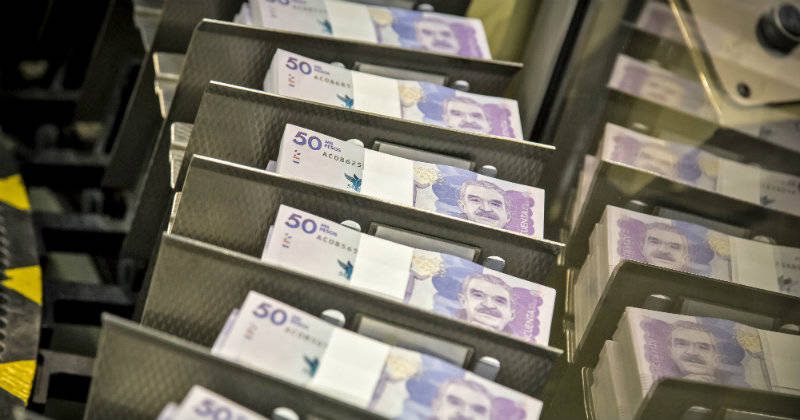 This Tuesday the report “New Approaches to Close the Fiscal Gap” of the world Bank in which the entity indicated the projections of economic growth of the countries of Latin America and the Caribbean.

As for Colombia, The World Bank projected that it will grow 7.1%, which places it as the fifth country in this region with the highest indicator. Similarly, in South America, it is the country with the highest growth projection.

In the report, the entity explained that the Latin America and the Caribbean region returned to some normality with an expected growth of 3% this year in a context of high inflation that could last.

In April, the World Bank predicted growth of 2.3% in 2022, which it now raises to 3%, due in part to the increase in the prices of raw materials due to the war in Ukraine, which benefits exporters.

In most countries, gross domestic product (GDP) and employment returned to pre-2019 levelsbut projected growth rates could be described as “resiliently mediocre”, the World Bank notes in its growth outlook for the region published on Tuesday.

“Growth is mediocre, let’s say what it is, but it is worth highlighting the progress we have made as a region,” the chief economist for the area, William Maloney, told the AFP agency, citing that inflation in most of the countries is not above the average of 6% (except for cases like Argentina where it reaches almost 80% year-on-year), much less debt in foreign currency than 20 years ago, although the general debt increased, and more reserves in central banks.

Despite the improvements, there are headwinds. The impact of the war in Ukraine is uneven, but lower than in other regionsnoted the WB.

The bank, however, lowered the growth forecast for 2023: from 2.2% to 1.6% due to higher interest rates, slower growth in the G7 and China, and an expected drop in commodity prices.

The most serious long-term problem is that “in five years we will grow around 2.5%”, that is, approximately the same as in the 2000-2010 decade, Maloney exemplified.

To promote growth, it is essential to “get your act together”, improve education, train a qualified workforce, boost productivity, innovate and adopt new technologies, the official described.

The unwelcome guest in the region is inflation and it is not known how long it will lastaffirms the World Bank, which highlights that in most countries it is below the index registered in the partners of the Organization for Economic Cooperation and Development (OECD).

The region’s monetary authorities “do a good job with inflation, it seems manageable to me,” said Maloney, who is more concerned about the debt, which has increased by an average of 10 percentage points. “That is serious,” he says.

The World Bank estimates that Latin American countries could improve income tax collection, given that in most countries only 20% of citizens pay the tax of natural persons (in the United States it is 80%).

The bank also considers that instead of raising taxes on the richest, who are the ones who invest the most, governments should strive to optimize spending.

Yulia Menshova publicly found out the relationship with Nikolai Tsiskaridze