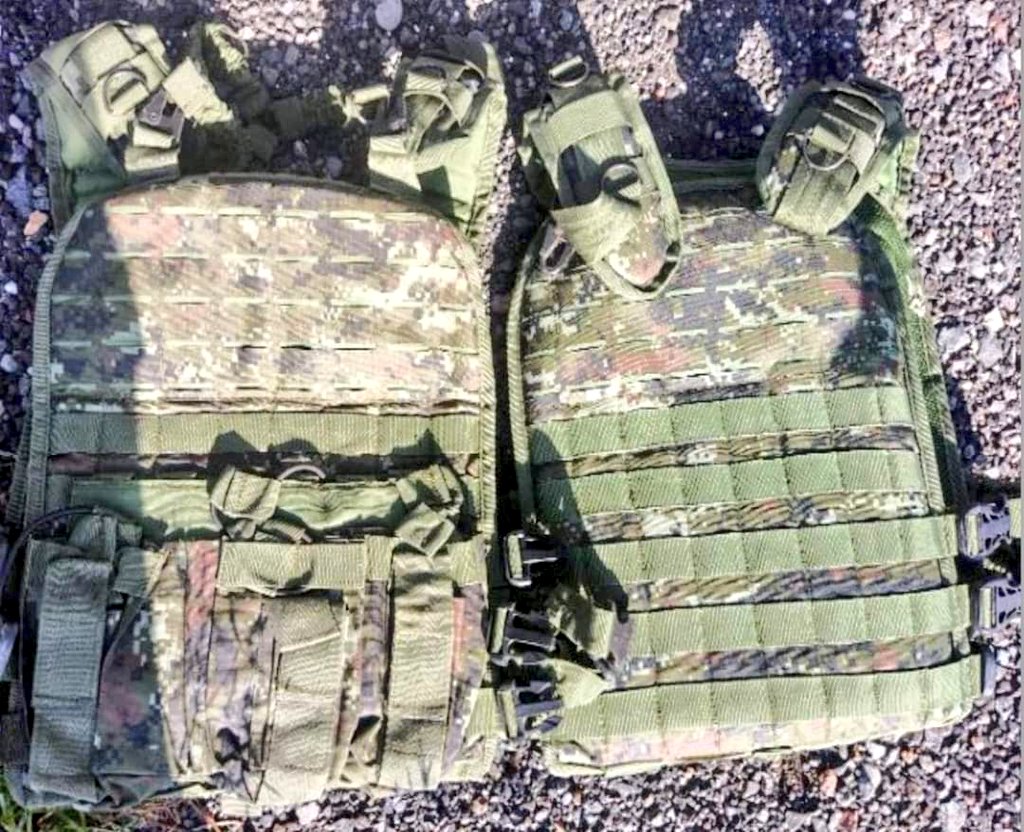 CJNG and Unión Tepito came together and formed a new cartel in Edomex (Photo: Special)

appeared a drug message in Atizapán, State of Mexico, in which threats were written and several people were enlisted, some with aliases. The threatening text was signed by a criminal organization that calls itself the new alliance.

The narcomanta was found during the afternoon of Monday October 3the message was the following:

“This happens to me for stealing, extorting, killing and kidnapping to the opossum Javier Solis Solis, Reyes Roa Amaya, Francisco Javier Rensillas The snakeJose Luis Pastigo Ramirez the pastigosJose Raul Tellez Bravo the roller and Federico Hernandez Bolanos The Zancatogether they are the New Alliance.”

Until now It has not been confirmed if the drug message was accompanied by human remainsas the first lines of the text suggest or as is common when these types of blankets appear. 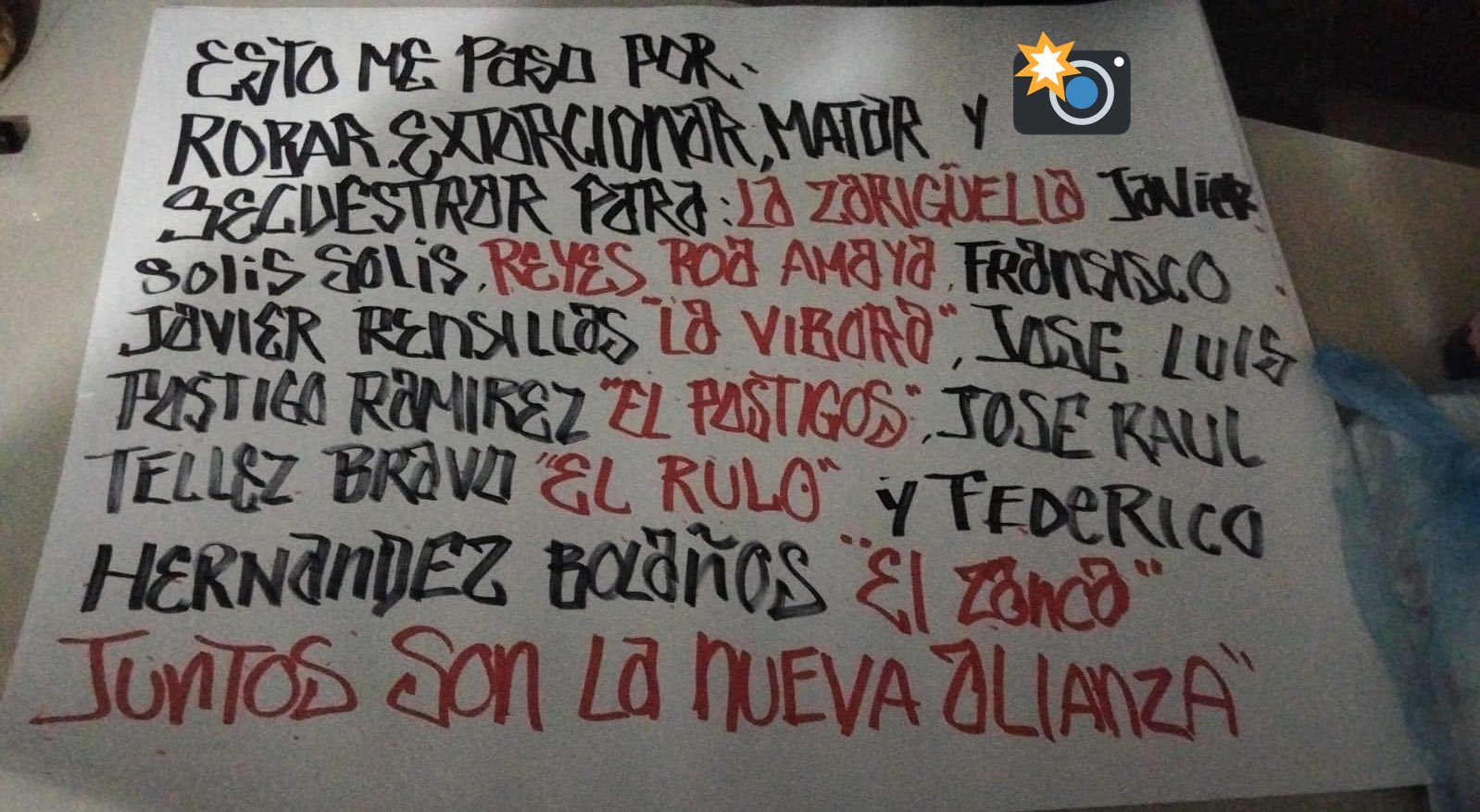 CJNG and Unión Tepito came together and formed a new cartel in Edomex: Nueva Alianza

It should be noted that the Nueva Alianza group has been identified as a criminal cell made up of members of the Jalisco New Generation Cartel (CJNG) and members of the Union Tepito.

Last September 20 Infobae Mexico reported on this new organized crime group of which there are reports that affects merchants in the State of Mexico. Nueva Alianza requests up to 100,000 pesos for “floor collection” from vendors in several Mexican municipalitiesIf they refuse to give the money, they are threatened with death.

On that occasion it was reported that Nueva Alianza has managed to have a presence in at least 11 municipalitieswhich are Cuautitlán, Cuautitlán Izcalli, Tlalnepantla de Baz, Zumpango, Nicolás Romero, Atizapán de Zaragoza, Tepotzotlán, Naucalpan, Huehuetoca, Ecatepec and Nezahualcóyotl.

According to the first reports, Javier Solis the opossumwho appears in the drug message found, is identified as one of the most violent operators of the criminal group.

Users on social networks shared the images of the event

In addition to extorting merchants, this criminal group also ask public transport drivers for money operating in the municipalities of Naucalpan, Tlalnepantla, Atizapán de Zaragoza, Nicolás Romero, Cuautitlán and Cuautitlán Izcalli who are asked for a daily fee of 60 pesos.

Last table began to circulate information about the criminal activities to which the group is dedicated new alliance among which are drug dealing, extortion, kidnapping, robbery, homicide and invasion of properties.

Just yesterday, October 2, armed men had an exchange of bullets with elements of the Ministry of National Defense (Sedena) in the vicinity of the landmark shopping plaza in Zapopan, Jalisco. Through several videos, some people close to the violence were able to record what happened. 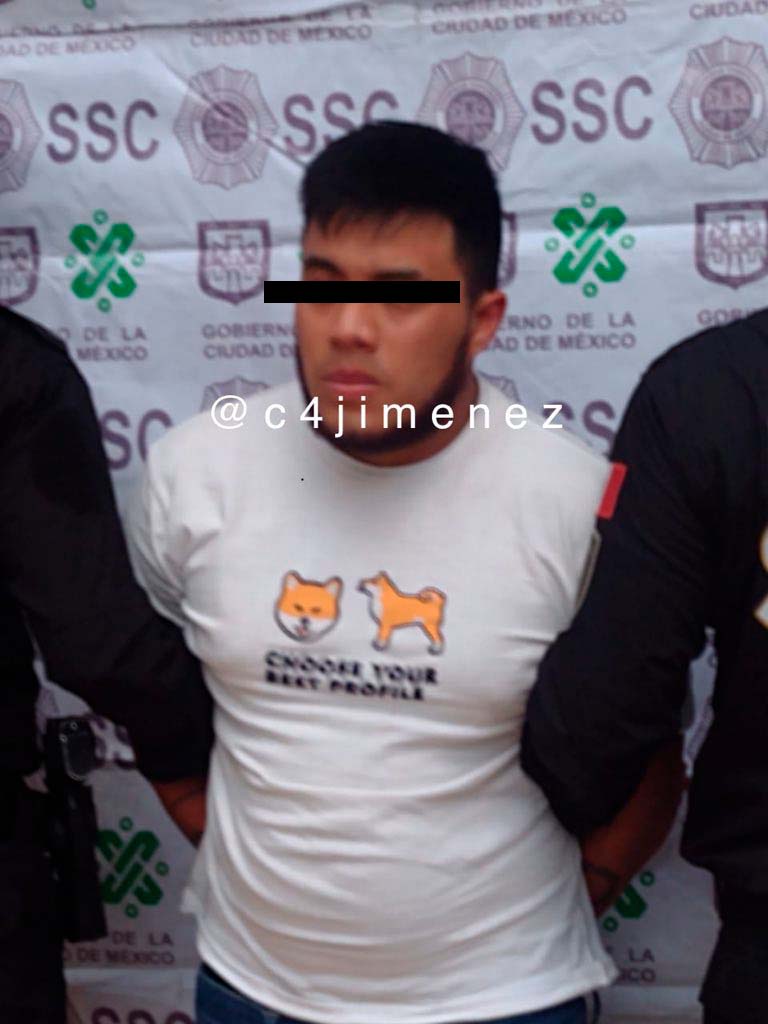 “El Bola”, leader of the Tepito Union, was arrested during the early hours of September 3 (Photo: Twitter/@c4jimenez)

On Monday, October 3, the president of Mexico, Andres Manuel Lopez Obrador referred to the case and pointed to CJNG as the criminal group that was behind the attempted kidnapping of a businessman. “According to the preliminary report, they wanted to kidnap a person and they clashed with the escorts. She started the shooting and the army intervened”.

On the other hand, at the beginning of September an extortionist from Unión Tepito identified as The ballhis death was due to several bullet wounds he received when he was in the Venustiano Carranza mayor’s office in Mexico City.

The extortionist leader was in prison several times and assumed the command of one of the Tepito Union cells after Fernando Sánchez Medina, alias The Fernandito was insured in April 2022.

Drug routes in CDMX: this is how organized crime moves throughout the capital
“It was impressive”: shooting triggered panic among people who were in the Puerta de Hierro shopping plaza
The moment in which a mother protected her daughter with her body in the midst of the shooting in a commercial plaza in Zapopan

now is a very bad time for this

Fines for WhatsApp and Snapchat, or they are wanted by the police