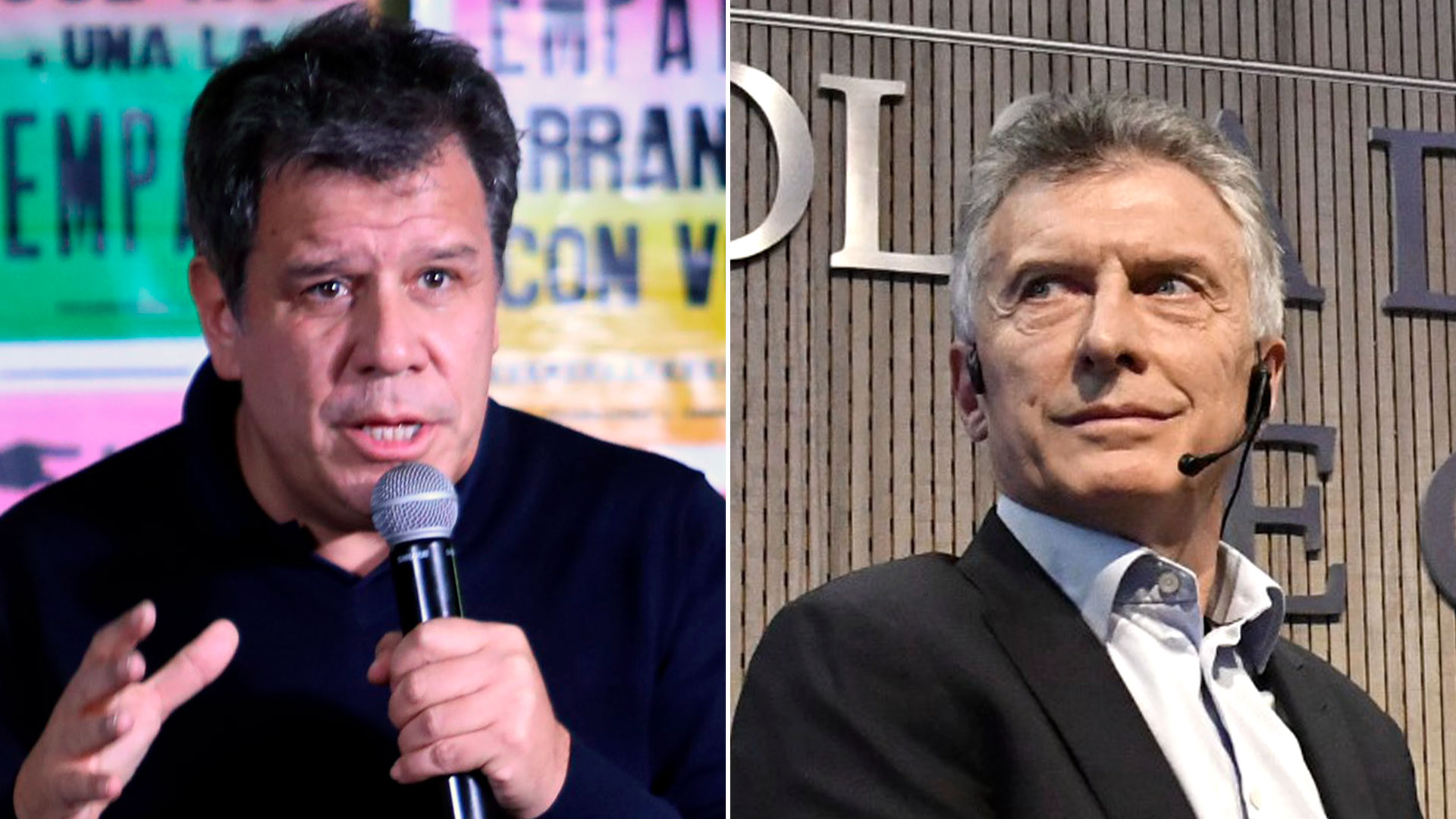 Facundo Manes made Together for Change crackle. His statements about the former president Mauricio Macri still resonate in the corridors of the opposition coalition and divide waters in the Radical Civic Union. The neurologist received a barrage of questions after going out to meet the founder of the PRO, however there is something that his team sees favorably after the conflict: Manes gained centrality in the coalition.

It is this last point that worries some sectors within the centennial party. The doctor always had a critical position on the referents of the PRO —specifically Macri—, but on this occasion he touched a high tension cable. “You don’t fuck with Mauricio”, he denied in dialogue with Infobae a national deputy who frequents the former president.

Until then, there was something that differentiated the PRO from radicalism: While the yellow party has a proliferation of executive candidates for 2023, the UCR was somewhat more orderly, aligned behind the figures of Gerardo Morales, national head of the party and governor of Jujuy, and Manes himself. Both with presidential aspirations. And although the two maintained a cordial relationship, the crossing with Macri tightened that rope.

“Gerardo is incomprehensible,” a Manes adviser in the province of Buenos Aires tells this medium. The neurologist’s team was puzzled by the statement issued by the centenary party, commanded by Jujuy. “It harms the hope that we have been building,” said that writing. Later, Morales maintained that line, during an intervention at the Córdoba Stock Exchange, when he stated: “His accusation of him was unfounded and excessive.”

The centrality of Manes that makes noise in the UCR

“Facundo needs to raise his profile now and differentiate himself from the macrismo to consolidate himself as a candidate,” an operator of the Manes device explained to this medium. “Facundo doesn’t like Macri’s way of building power at all and he has to make it known,” insisted the same leader.

In that intention to gain political volume, Manes took Macri, the leader of the PRO, into the ring. Close to the radical, they consider that the criticism of him by the leaders close to the former president “give Facundo an entity and that is what bothers some sectors of the UCR.”

Another who agreed to differentiate himself from Manes was Martín Lousteau, a national senator from the UCR. However, close to the national deputy candidate for president, they considered that “Martín was much more moderate than Manes.”

“You can have differences and the goal is to be able to exchange ideas in the coalition, otherwise it is a logic of single thought,” they emphasized in the Manes campaign team and sentenced: “What cannot be done is a public ridicule like the one that they are doing with Facundo”.

In this scenario, close to Manes they try to make their candidacy gain weight. The strategy is to differentiate itself from the PRO, although without breaking the rope. “The unity is not discussed”, guarantees a white beret from the committee of the province of Buenos Aires. 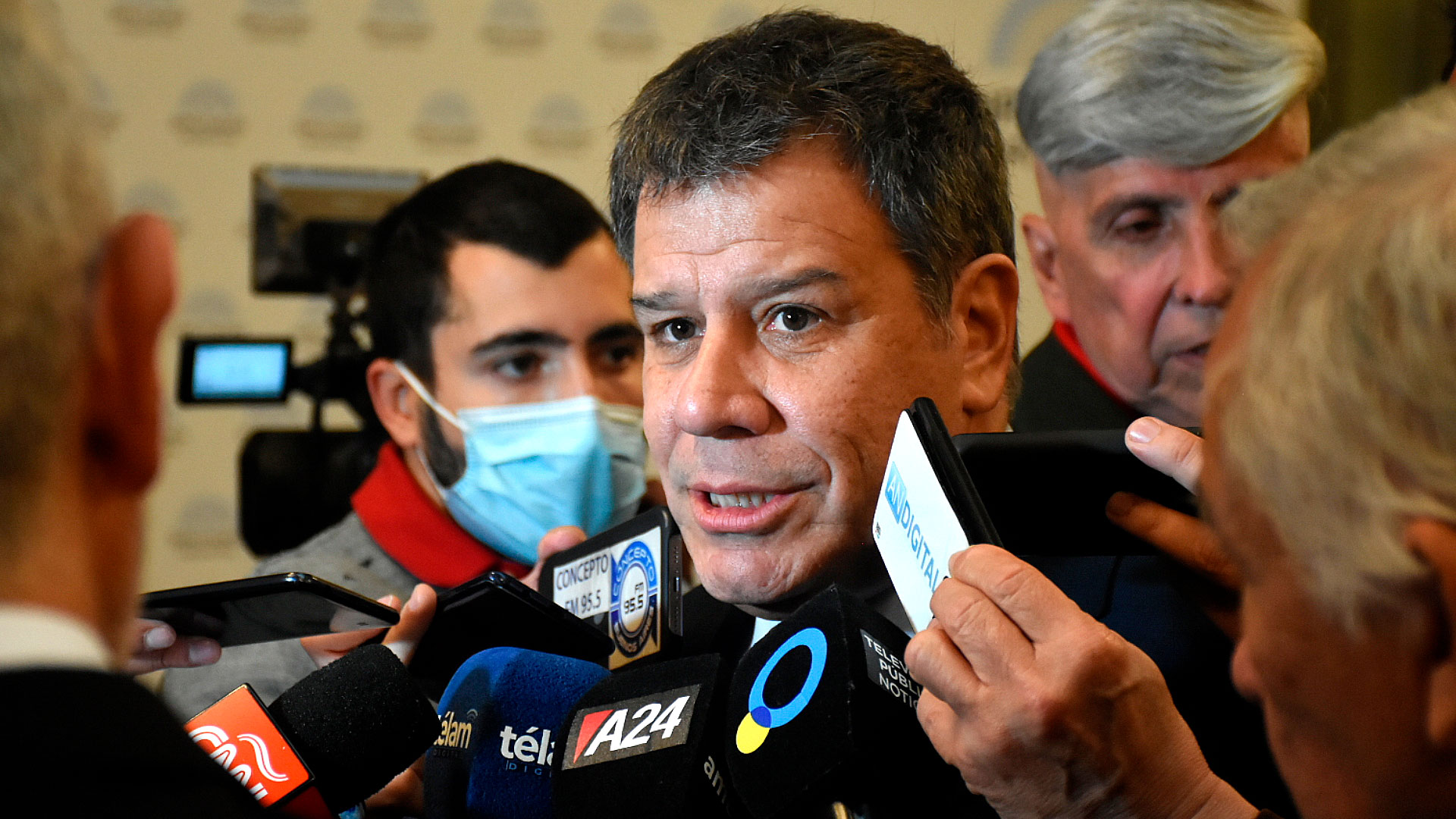 The mayors of the province of Buenos Aires supported Manes

The province of Buenos Aires is crucial for any candidate who has the desire to reach the Casa Rosada. The Buenos Aires territory has 135 municipalities, of which 32 are governed by mayors of the UCR. The outstanding historical fact is that there is no municipality in which there is not a radical committee. The centenary party has a structure throughout the province.

Most of these communal chiefs are aligned with the Manes candidacy. Who coordinates them and is a provincial reference is Maximiliano Abad, Buenos Aires legislator and president of the UCR in that territory. Another supporter in that place is Gastón Manes, Facundo’s brother and strategist, who chairs the national convention. Abad, who is shown touring the province together with Margarita Stolbizer, tries to guarantee unity in the UCR and also in JxC.

In this sense, the Forum of Radical Buenos Aires Mayors, aligned with Abad, came out to defend Manes after the intersection with the PRO. “The issue of alert is the corporate response of the PRO, who came out to eat Manes’s jugular,” said Miguel Fernández, mayor of Trenque Lauquen and president of the Forum of Mayors of the UCR in the province.

In a dialogue with a Buenos Aires radio, the Trenquelaucan supported Manes, while asking to “de-dramatize”. Fernández also has a good relationship with Morales and from there he explained the differences that arose in radicalism: “The Provincial Committee banished Facundo. Our party has grown, that is why it is good that there is debate. Our president of the national party (Gerardo Morales), whom I respect a lot, is also a presidential candidate, that is why there is a double role, it is good that we have a party that discusses.

Morales tried to lower an institutional message as an authority of radicalism, while continuing to be a candidate for president, who competes with Manes to be anointed by his party. “Facundo’s irruption generates a lot of discomfort in the entire coalition”, they analyze close to Manes.

On the other hand, another important sector of Buenos Aires radicalism is the one embodied by Gustavo Posse, the mayor of San Isidro. He is the only radical president in the suburbs. Posse had a tense relationship with the Abad-Manes sector when he ran for the presidency of the provincial committee in 2021.

However, in Abad’s environment they assure that the relationship “improved”. From posseism they try to build bridges to seek a position of unity. Daniel Salvador, former vice-governor of Buenos Aires, is one of the bridges with which Posse approaches the Provincial Committee.

“This is not the time to start fighting. It’s good to differentiate yourself, but without being functional to Kirchnerism, “answered a radical from Buenos Aires from the Posse team, consulted by this medium about the intersection of Manes with the PRO.

On the other hand, who distanced himself from Manes is Martín Tetaz, a national deputy for UCR Evolución. The economist responds to the device of Lousteau and Emiliano Yacobitti, national deputy and referent of the UCR Capital. “I do not agree with what Manes said,” the legislator differed.

The economist has been touring the province of Buenos Aires for months through the Evolution of Radicalism wing. He has aspirations for the governorship and does not deny it. In turn, the Lousteau sector maintains an explicit agreement in the City with Horacio Rodríguez Larreta, head of the Buenos Aires Government. “That pact conditions them in this context, because they cannot hit the PRO,” they explain in the neurologist’s office.

Anyway, there is a key fact in the UCR of the province of Buenos Aires: at the end of the year, the Provincial Committee re-elects party authorities. Although there are nuances, the different sectors of radicalism in Buenos Aires are working to come up with a unity list. Abad aspires to continue presiding over the party, although he will be subject to deliberation.

The intern with the PRO is not something indifferent to that choice. In the UCR they suspect that in the yellow party they move to fracture radicalism with underground support for a candidate who disputes the presidency of the Provincial Committee. The pieces are on the board and Manes has already moved his piece.

Elisa Carrió pointed to the intern: “There are some entertained with electoral issues and I am ashamed”
New criticism from the PRO towards Facundo Manes: “He is a marginal, even in the UCR”
The PRO’s criticism of Manes has an impact on the province of Buenos Aires, but for now the unit is maintained

In the Krasnoyarsk Territory, the mobilization plan was completed

New video with the execution of prisoners: Murder is already the system and essence of Ukraine