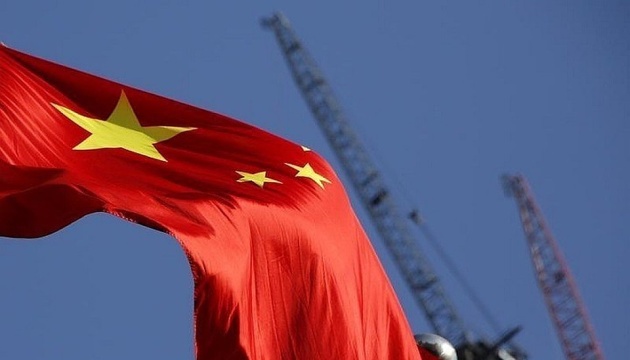 China continues to call the war unleashed by Russia against Ukraine a “conflict” and calls for peace talks between the parties.

The position of official Beijing and the “4 proposals” were voiced at a meeting of the UN Security Council at a ministerial level by a member of the State Council of the People’s Republic of China, Chinese Foreign Minister Wang Yi, an Ukrinform correspondent reports.

“The top priority of the parties is to resume dialogue without any preconditions, be committed to negotiations, include legitimate concerns in negotiations, and put options on the table so that negotiations can bring peace,” Wang Yi listed.

The second point is a proposal to the parties to the “conflict” to show restraint and avoid increasing tension, and to all countries to work towards de-escalation. The international community should play a constructive role in creating conditions for a political solution, the Chinese politician said.

Regarding the safety of nuclear facilities, he called for the prevention of any incidents. Beijing supports the IAEA in its position and work, he said.

Thirdly, according to the Chinese Foreign Minister, it is necessary to respect international humanitarian law and prevent crimes against civilians and infrastructure, and minimize civilian casualties. The investigation of crimes against international humanitarian law should be “impartial and objective, based on facts, not on the assumption of guilt, and not be politicized,” he said, and called on investigating structures to be “neutral.”

The fourth proposal concerns the energy and grain market and its stabilization. In this context, the representative of the PRC referred to “arbitrary and unilateral sanctions” from which other countries should not suffer.

Wang Yi concluded his speech with the words that the UN Security Council in the issue of Ukraine should adhere to the “principles of objectivity and impartiality” and offer mediation tools for a political solution to the situation, make every effort to reconcile the parties and ceasefire.

Read also: After Putin’s statements, China assured of the invariance of its position regarding the sovereignty of Ukraine

As reported, on February 24, Russia launched a new stage of the war against Ukraine – a full-scale invasion. Russian invaders shell and bomb cities and villages of Ukraine, torture and kill civilians.

Latest news about the situation around Ukraine on November 1, 2022: What has become the main nightmare for the Armed Forces of Ukraine and why Ukrainian women do not want to wash dishes

We will not stop until we return all our heroes – Yermak

Actor Oscar Kuchera: “Alla Pugachev has ceased to be a man”

Murder on the ferry: Ukraine destroyed civilians with a Haimars strike in Kherson