The officers beat up, ran over and shot the man.

Iranian police opened an investigation after the release of a shocking video of officers brutally beating a manin the midst of a wave of protests over the death in police custody of a young woman.

A wave of protests has shaken Iran since the death, on September 16, of Mahsa Aminia 22-year-old Iranian Kurdish woman, who died three days after being detained in the Iranian capital, Tehran, by the morality police, for allegedly not wearing the veil correctly.

A video shot at night with a cell phone and posted on social media shows riot police hitting with a club Y kicking to a man lying on the ground.

Surrounded by a dozen officers in uniform, man tries to protect his head with the hands. The policemen continue beating him while other colleagues watch the scene.

When it seemed that an agent was trying to calm down his colleague, who kept hitting him, then it is seen that in reality what he was looking for was for him to take a step back to be able to shoot him without hindrance. 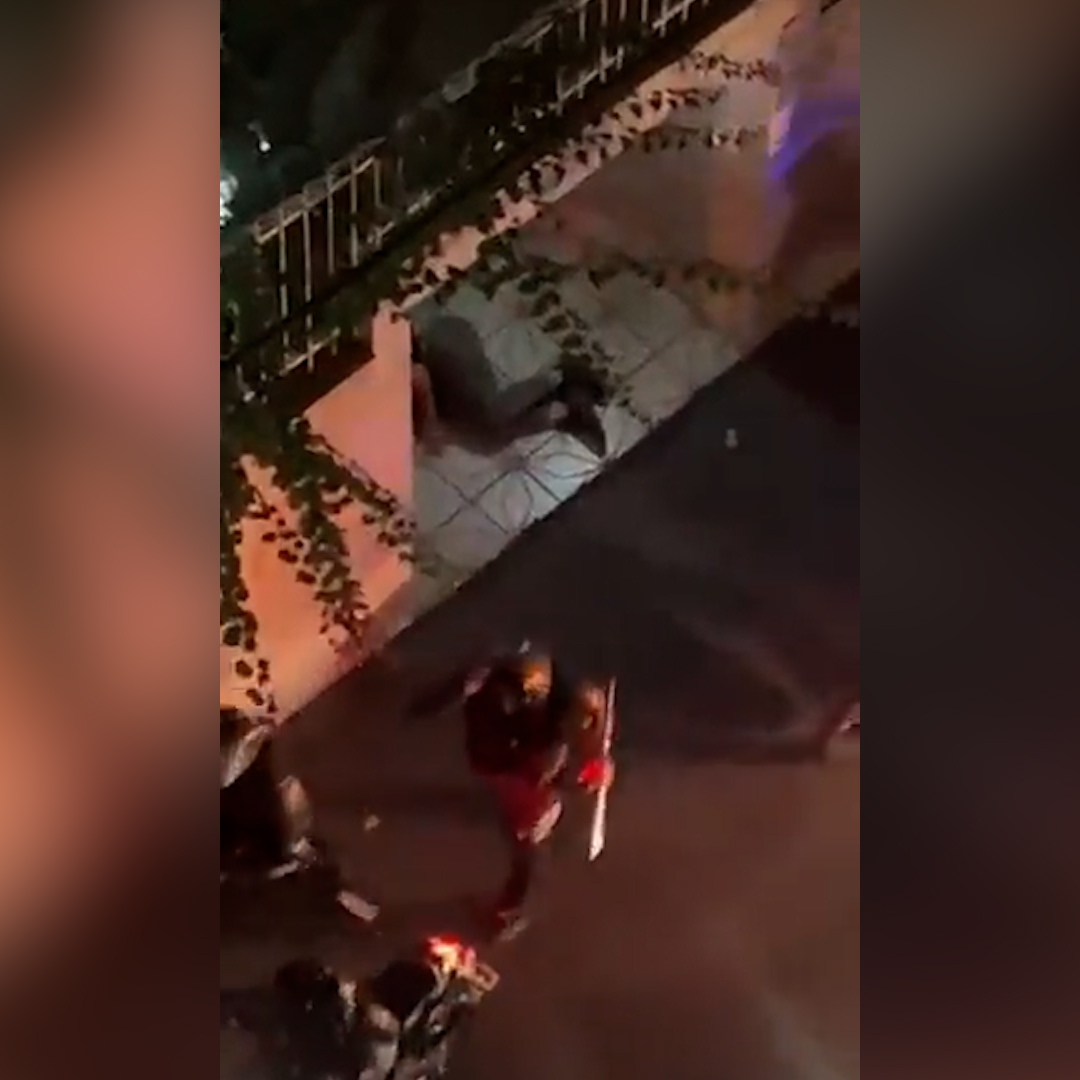 Also, a policeman runs over the man with his motorcycle twice. The policemen leave, leaving the body inert.

“This chilling video sent from Tehran is yet another horrifying reminder that the cruelty of the security forces of Iran has no limits”, he declared. International Amnesty.

It may interest you: The Iranian regime tightens repression and increased the salary of the security forces by 20%

“In the midst of a crisis of impunity, they are given free rein to hit and brutally shoot protesters”, he added, asking the UN Human Rights Council to “urgently investigate these crimes”.

Faced with the uproar, the regime was forced to react. “Immediately issued a special order to investigate the exact time and place of the incident and identify the offenders,” the police announced in a statement published by the official agency. irna.

“The police do not condone violent and unconventional behavior at all and will deal with offenders according to the rules,” he added.

Dozens of people, mainly protesters but also members of the police, have been killed in the protests, and hundreds have been detained.

According to an updated balance sheet released Wednesday by the Norway-based Iranian Human Rights NGO, 176 people have died in the repression of the demonstrations triggered by the death of Amini. Other 101 people have lost their lives in a separate wave of protests in Zahedan, in the southeastern province of Sistan-Baluchistan. 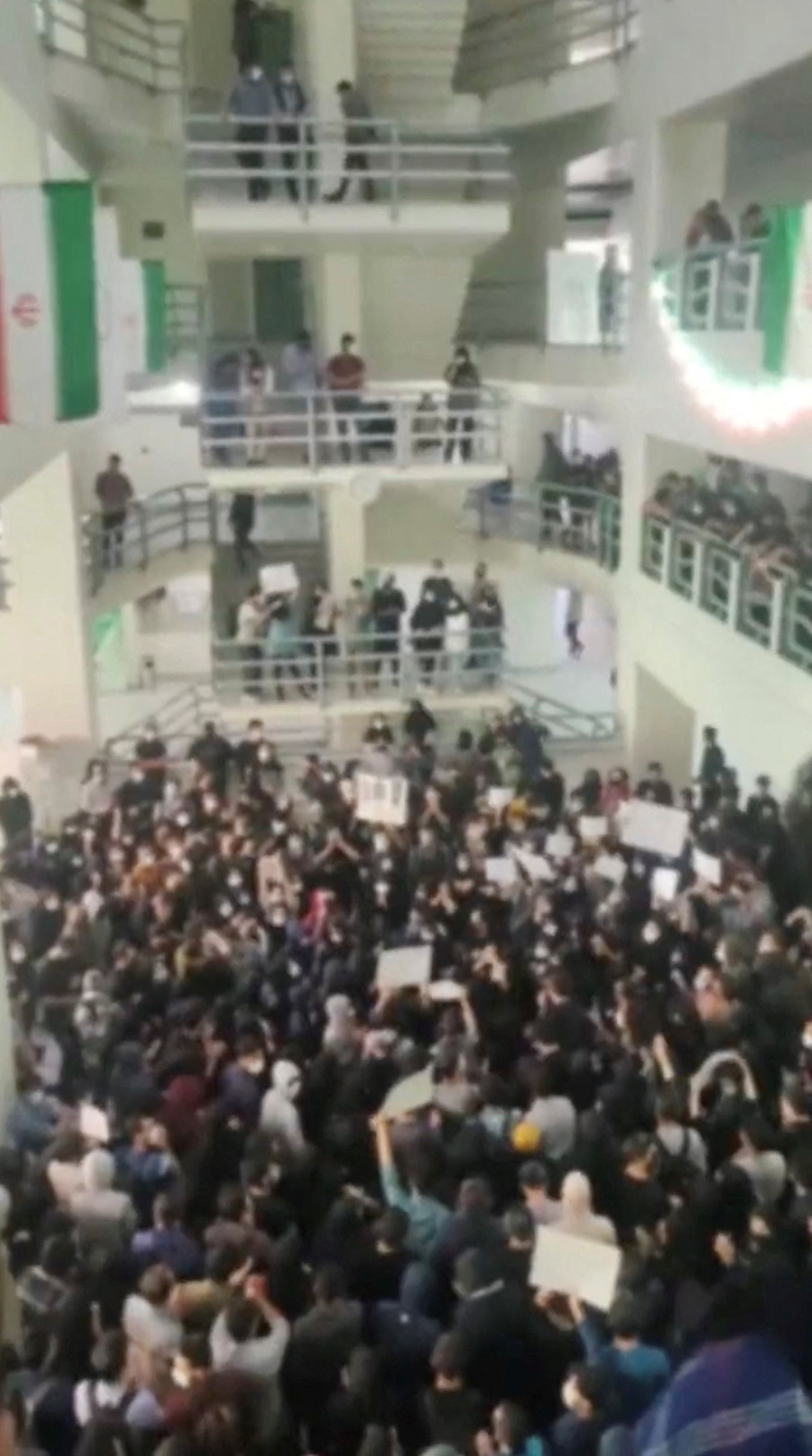 Universities became the epicenter of protests in Iran (via Reuters)

The IHR has warned that these figures are a minimum, since the information flows slowly due to interruptions of the Internet by the authorities.

It may interest you: Could the Iranian regime fall?

Thousands of people have been arrested across the country in the crackdown on the protests, according to human rights activists, while the Iranian judiciary has stated that 1,000 people have already been charged in connection with what it describes as “unrest.” ”. On Saturday began in Tehran the trial of five men accused of crimes that can carry the death penalty for the protests.

“Instead of accepting people’s legal demands, the Islamic republic is cracking down with crackdowns and show trials,” said IHR Director Mahmood Amiry-Moghaddam. “The charges and sentences have no legal validity and their only objective is to commit more violence and create fear in society,” he added.

The challenge to the regime is compounded by Iran’s custom of commemorating the 40th day of a person’s death, which makes every 40-day “chehelom” mourning ceremony for the dozens killed in the crackdown a potential turning point. of inflammation of the protests.

“This puts the regime in a bind: they risk inadvertently sustaining the protest movement by trying to violently suppress it.”

She is a businesswoman, she knew Iran and asks to accompany the struggle of her women: “To shut up would be to abandon them”
Protests continue in Iran despite violent repression by the Islamic regime
The head of the Iranian Revolutionary Guard threatened with more repression to the young people who participate in the protests: “They will not have a happy ending”

Kadyrov told the details of the operation called “Retribution”