The astropsychoanalyst Solomon Solovyov tells about perfectionism, patience, energy and determination of those born on September 26 under the sign of the zodiac Libra.

Read and watch an interview about the project with its author: Formula of heaven for earthly affairs

“Don’t trust others what you have to do yourself, and don’t take on what others can do” – this is the formula of life once formulated for himself by a Russian writer born on September 26 Vladimir Voinovich.

Let’s talk about the industrious and selective Formula of today’s heaven in more detail.

Libras born on September 26 are patient perfectionists who believe that there is only one way to achieve a good result – to do it again and again. Like the person who was asked the way to Carnegie Hall and answered, “Practice,” these people really think that practice makes perfect.

Highly critical, September 26 individuals are well aware of how to achieve their goals, but also have the gift of teaching others, if not by instruction, then by example. Especially people whose birthday is September 26 can inspire those who truly admire them.

Such admiration was demanded during his lifetime by a wonderful Russian poet-philosopher, born on September 26, Dmitry Venevitinov. He wrote only 50 poems, but in them he clearly defined his vision of the poet’s mission on earth. The poet in Venevitinov is elevated to the cult of a romantic chosen one, highly exalted above the crowd and everyday life.

My soul told me a long time ago:

You can feel everything

But you won’t enjoy life.”

This is how the poet Venevitinov felt in the space of the Universe.

The Russian historian and public figure defined a no less significant mission for himself. Dmitry Valuev. It is he who is most often called the ideologist and preacher of Russian Slavophilism. Convinced that only the Russian people represent the true expression of the Christian principles of society and the state, Valuev believed that the first steps towards liberation from subjugation to the West should be to study and educate the Russian people themselves.

The mission that the Russian scientist who came to the world on September 26 fulfilled for humanity Ivan Pavlovdifficult to describe in words. Pavlov became the first Russian Nobel laureate, the creator of the whole science of higher nervous activity and ideas about the processes of digestion regulation, as well as the founder of the largest Russian physiological school. Pavlov taught his patient perfectionism to his numerous students, saying:

“Remember that science requires from a person his whole life. And if you had two lives, then they would not be enough for you.”

Everything said above about the perfectionism of the heroes of today, September 26, is by no means limited to work. In personal life, those born on September 26 will never deviate from their own until they achieve what they want, or they will force others to do what they have planned. This can lead to quite nervous behavior at home, as if they are afraid that the sky will fall if the daily activities are not done correctly.

However, most people born on September 26 believe in logic and appreciate it in everyday life. They also believe (quite rightly, by the way) that many technical problems can be solved using preconceived rational ways. However, paradoxically, their own behavior can be extremely self-willed and irrational.

On September 26, two wonderful rock musicians came into the world. This is the leader and vocalist of the group “Picnic” Edmund Shklyarsky and songwriter and producer of the group “Nautilus Pompilius” Ilya Kormiltsev. Each of the heroes of the day fulfilled their missions in rock music honestly and with dignity, and Ilya Kormiltsev still actively performed as a public figure, in addition to the stage.

The poet was intolerant of any conformity. With his harsh remarks on LiveJournal, he once drew a lot of negative comments from Russian nationalists who accused him of Russophobia. However, later Kormiltsev explained that by “Russians” he meant “ardent imperialists”, those who hate “everything that breathes the spirit of personality and freedom.” 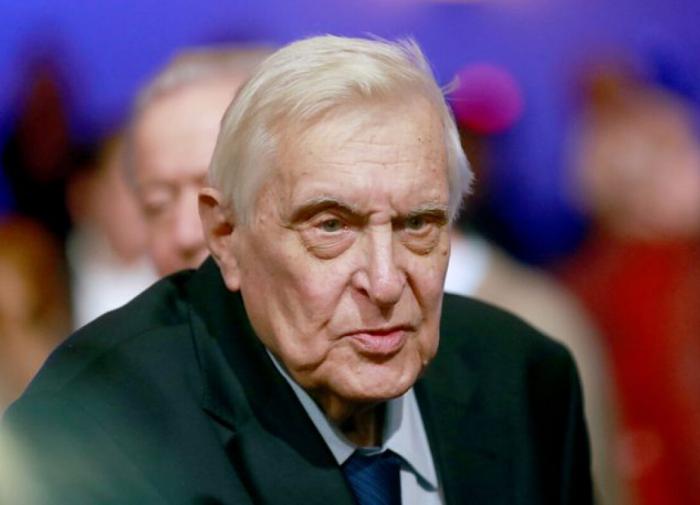 “Life itself is beautiful. Birth and death – everything happens naturally. And there are always grumbling old people who tend to idealize” their time. and an extraordinary talent, thanks to life, celebrating his 84th birthday today, September 25, an outstanding Russian artist Oleg Basilashvili.

People whose birthday is September 26

They may be idealistic, but rarely stray far from practice. And if suddenly they have a desire to theorize, then they are concerned about the success or failure of the idea. Those born on September 26 know how to express themselves. Any of their deeds can be compared to ripples on the surface of a pond: a stone is thrown and has long been at the bottom, and the circles are all dispersing. Even those who dislike them usually acknowledge the quality of the work they do.

A wonderful Russian poet once wrote about such a Formula of heaven and countless luminaries in the sky Alexander Mezhirovwho came to our world on September 26.

For the first time in my life with my own mind

Under old age, I just spread a little.

I did not recognize myself as a creation of God,

But suddenly he saw the soul in himself.

I finally saw the light of the soul – and here it is.

Suddenly I felt that my flesh contained

In itself innumerable luminaries,

With which the vault of heaven is teeming.

The most suitable partner for those born on September 26

For love and marriage, people born on such days are best suited:

FORMULA OF HEAVEN or how Pravda.Ru was captured by an astropsychoanalyst

In the Izhevsk school, an unidentified person opened fire, there are victims

“Several people died, many were horribly injured”: Boni climbing the mountain turned into a terrible tragedy