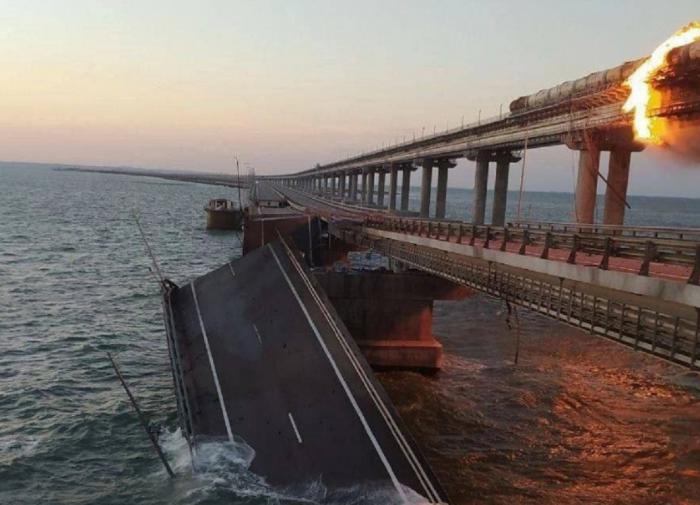 Russian military journalist Roman Saponkov I am sure that the cause of the explosion on the Crimean bridge was not a truck, but a missile attack by the Armed Forces of Ukraine.

“I am more than sure that this is not a terrorist attack, but an arrival,” the reporter wrote in his Telegram channel.

According to him, the attack was deliberately carried out during the passage of the train with fuel, and the truck could accidentally be at the epicenter of the explosion.

“If this is an undermining of the roadway from above, there will be a characteristic funnel. If it is from below, then the spans will be folded,” the correspondent explained.

He urged to wait new photos from the Crimean bridge, who will be able to clarify the cause of the incident.

In Germany – by bike: the most popular routes | Information about Germany and travel tips | DW

Russia responded to Japan with a “blow in the face”

Putin will not give Crimea to Ukraine

As a result of a missile attack on the Lviv region, one building was damaged