Andrés Larroque: “Cristina is taking charge of the situation”

The leader of La Cámpora Andrés “Cuervo” Larroqueassured that, from her last public appearances, the vice president, Cristina Fernandez de Kirchner“he is taking charge of the situation”, and recalled the act of November 4, at the headquarters of the Metallurgical Workers’ Union (UOM), in which he gave an explanation of the genesis of the Front of All in 2019he assumed that the results were not as expected, and based on this he decided to look for “a way out of this complex reality.”

“He takes charge of what happened and is committed to the present and the future,” said the leader, who is also Minister of Community Development of the province of Buenos Aires, in the administration of the governor Axel Kicillof.

Larroque also focused on what he considers was a wrong response from the president Alberto Fernandez, in his way of conceiving and exercising power at the beginning of his term. In this sense, for the leader of La Cámpora, the president and those around him believed “that he could do without Cristina” and “that was what poisoned everything.”

“The problem began on August 11, 2019 with the result of the STEP which was unexpected. He got worse with that popularity of the pandemicLarroque said. In his statement, the Buenos Aires official understood that both situations confused the president and his environment and led him to work with the idea of ​​relegating Kirchnerism in the exercise of power. “Ignoring Cristina seems to me to be clumsy, and impossible,” he remarked, during an interview with the journalist Carlos Pagni, in LN+.

You may be interested in: Andrés “Cuervo” Larroque: “The President is thinking more of him than of the people”

“Cristina had a great gesture and an intelligent decision to solve the electoral problem of ’19 and also to regroup the Peronism that had been divided in 2008 and 2019. That gave us an opportunity and there was no correct use of that electoral capacity,” he reviewed. Larroque. With this line of reasoning, the leader who is part of the circle that surrounds the deputy maximum kirchner, returned to point out the responsibility of the president and his environment. “Power must be exercised, it seems to me that there is a wrong conception and that generated political weakness to confront economic power, with its characteristics in Argentina, it seems to me that it was a waste that today is verified in the loss of power of the State in general ”, he reaffirmed. 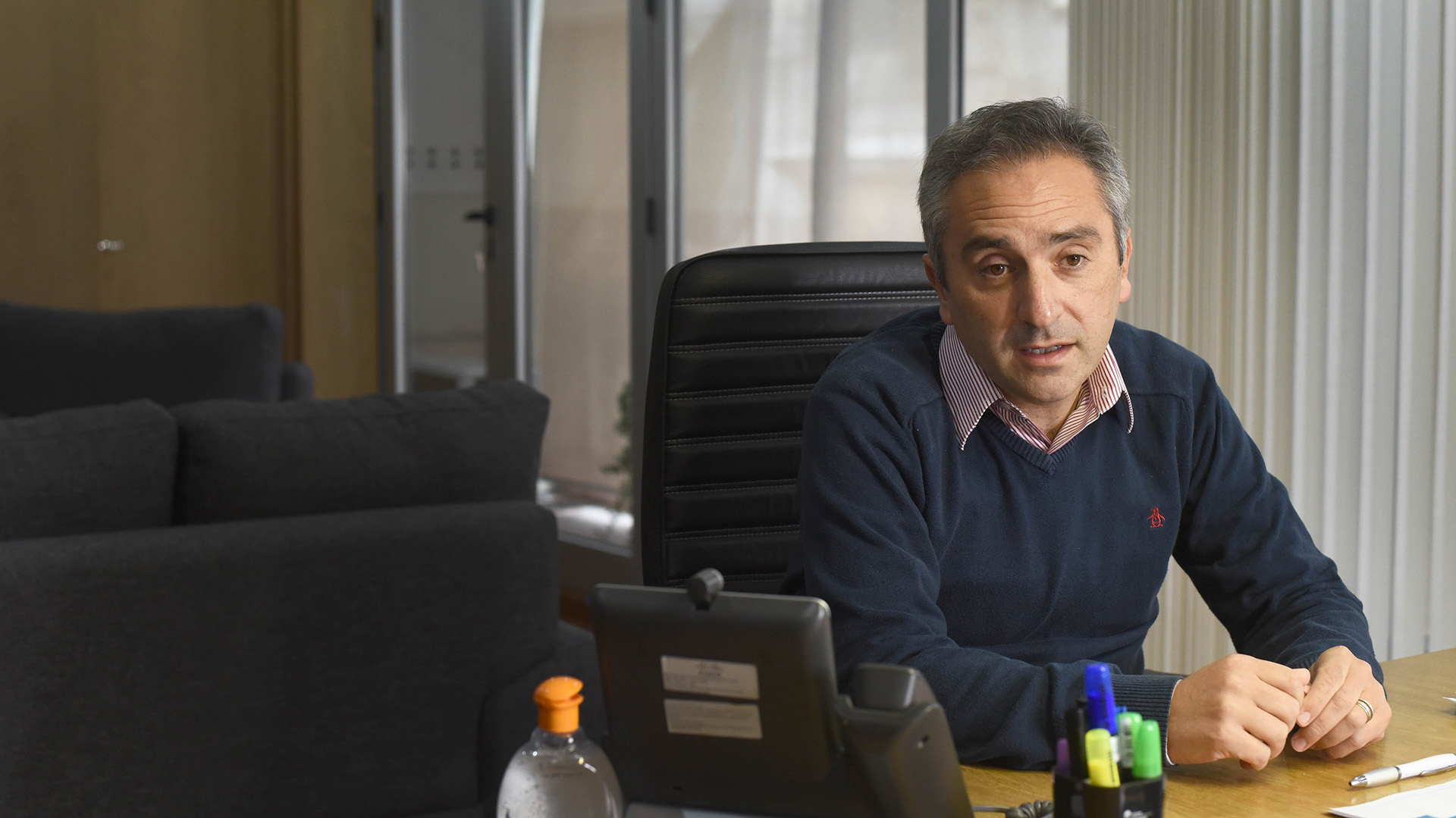 Andrés Larroque, Minister of Community Development and leader of La Cámpora: “The idea of ​​doing without Cristina poisoned everything” (AGLAPLATA)

On the other hand, the Buenos Aires official made a general balance of the management of the Front of All, with a negative balance. Although he understood that there were two exceptional situations such as the pandemic and the complication of the geopolitical context due to the war Come in Russia Y Ukraine, the result of the return of Peronism to the government was, for Larroque, bad. “Compared to the expectation that had been generated in 2019, it is not a positive feeling. There are many things to assess, the treatment of the pandemic, surely in different areas there must be policies to assess, but the general balance marks a distance from what was the initial expectation, ”he said.

Andrés Larroque was equally critical when commenting on the eventual aspirations of President Alberto Fernández to compete in the 2023 election to renew his mandate. To this hypothetical scenario, which would represent an internal confrontation with the kirchnerism Within the Frente de Todos, Larroque related it to the “Rimpy Duck” theory, which indicates that a leader with no projection of continuity in power faces increasing weakness in order to sustain himself. “It is logical that whoever is exercising the presidency expresses his aspirations, due to the famous theory of Pato Rengo, later, there are certain environments that are thinking about negotiating the time afterward and how to keep some piece of power,” said the Kirchner militant, pointing out once again against those around the president.

In another part of the interview with one of the leaders of The Campora there was an allusion to the characteristics of the National Constitution. There the leader avoided the controversies around any claim to introduce changes in the Magna Carta of the country, and assured that the government program conceived by his political sector “is largely the Constitution.”

Finally, Larroque confirmed that, although one should not see “a savior” in the figure of Vice President Cristina Kirchner, he is working so that she seeks a third presidency in 2023. “I work, my militant task, is so that she be a candidate,” he said.

Andrés Larroque: “We have to discuss whether we have to do politics with a bulletproof vest in Argentina”
Andrés “Cuervo” Larroque: “The Government is ours”

The collapse of Fernando Tatis Jr.

In Switzerland, 230 liters of gin were stolen from the bottom of the lake

“We can only help you die”: instead of supporting the poor and sick, euthanasia is offered in Canada