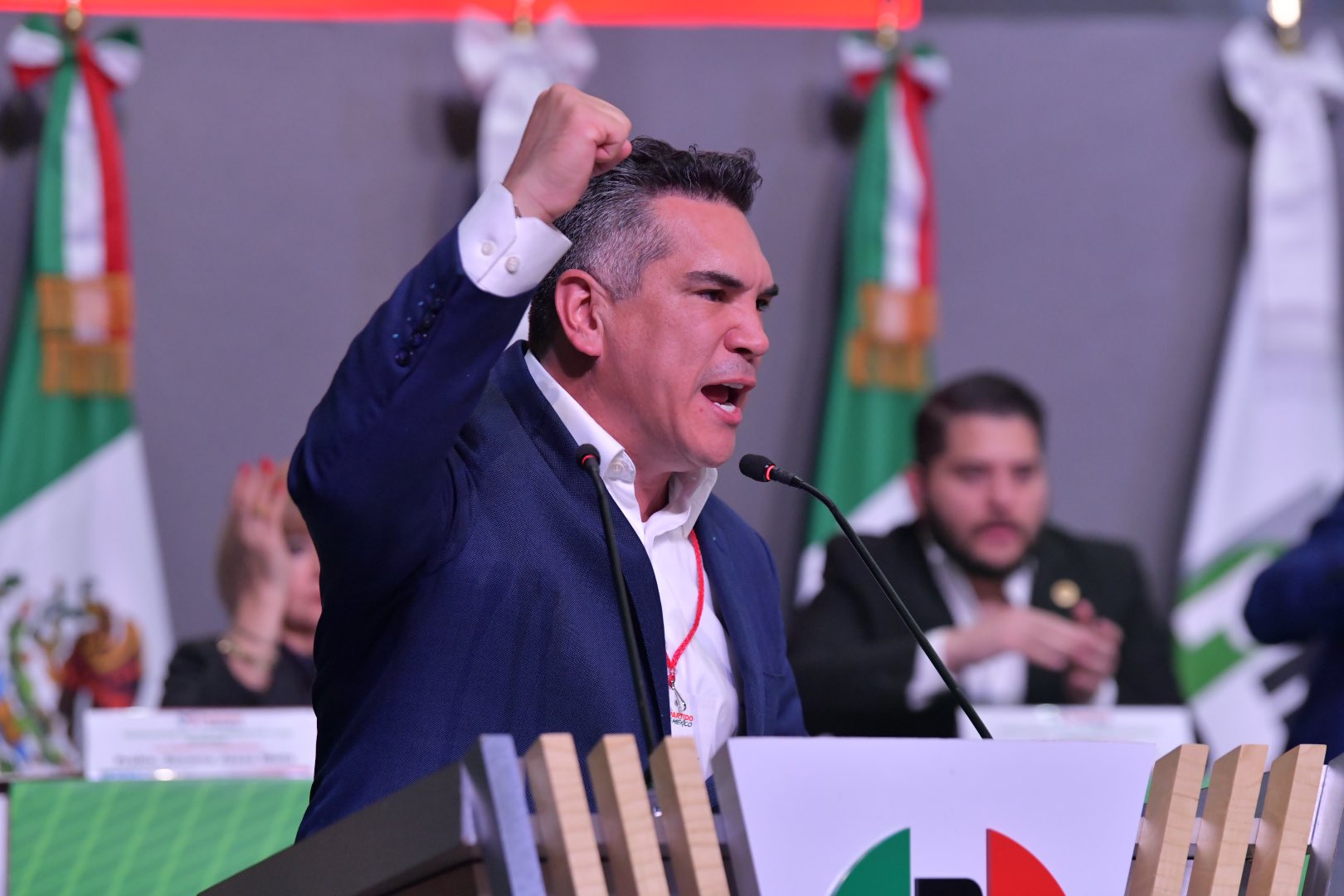 Alejandro Moreno recalled the start of the PRI (Twitter/@alitomorenoc)

The President of the Institutional Revolutionary Party (PRI), Alexander alito Dark cardenascommemorated the 112th anniversary of the Mexican Revolution and he recalled the legacy that the political-social movement left in the country, as well as in the institute he heads.

Through his official Twitter account, the Campechano politician sent a message to the militancy in which he asked to defend the heritage of the movement that opted for the consolidation of modern Mexicowhich helped build the tricolor.

The former governor of Campeche He also pointed out that the party he currently leads was the one that helped consolidate and strengthen institutionsincluding the State, the division of powers, as well as the creation of autonomous constitutional bodies.

Porfirio Muñoz Ledo returned to the PRI? He met with Alito Moreno at the Copppal convention

The former president of the Institutional Revolutionary left that party in 1987, after the departure of the critical current that he led together with Cuauhtémoc Cárdenas

“Today Mexico has consolidated and strengthened institutions, beginning with the Rule of Law, the division of powers and the autonomous constitutional bodies, for this reason, the revolutionary feat continues in force. Let’s defend the built! Long live our #MexicanRevolution!”, published this Sunday, November 20.

Today Mexico has consolidated and strengthened institutions, beginning with the Rule of Law, the division of powers and the autonomous constitutional bodies, for this reason, the revolutionary feat continues in force.

The message was given one day after the VIII National Political Council was held, in which he took the opportunity to question some attitudes of the militants, especially those who have criticized or pointed out his actions at the head of the national leadership.

“The times of the PRI demand the contribution of the PRI members of the strain that is contrary to what it simulates every day, to those who haggle over their efforts to later claim that the proposed results were not achieved, to those of the great voice for criticism internal, but servile, lackeys”

The words of the PRI leader came after some militants expressed their disagreement with the way in which the election of councilors was carried out, specifically, It was Hidalgo’s PRI members who spoke out against of the new members of the National Political Council.

“Serviles and lackeys”: Alito Moreno launched himself against PRI militants who seek to divide

Through social networks Sergio Banos Rubiomunicipal president of Pachuca, He assured that his triumph was unknown by Moreno Cárdenas and Carolina Viggiano for include “counselors by way”. In this sense, he demanded that both “take their hands” out of the process.

“Today we demand that our national leadership @PRI_Naciona, @alitomorenoc and @caroviggiano respect the democratic election that was made to elect national political advisors. I won it in the presence of a notary public and with the support of the municipal presidents, ”he explained through a video on social networks. 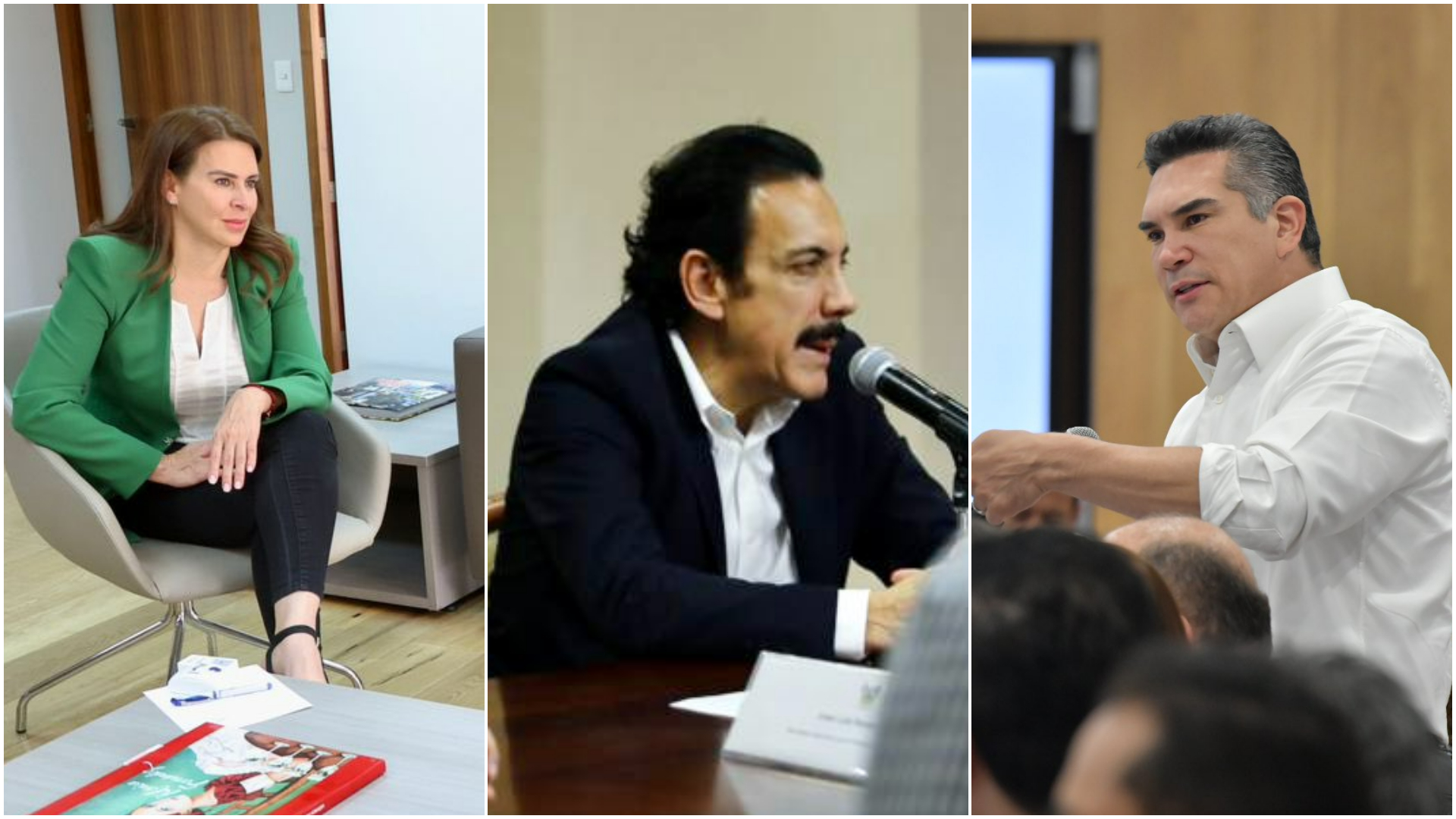 The former governor of Hidalgo will not be able to compete in the PRI internal election (Photo: Twitter/@caroviggiano/@omarfayad/@alitomorenoc)

It was the Internal Processes Commission of the National Executive Committee (CEN) that declared the registration of the red squad made up of Fayad, Roberto Rico Ruiz, Sayonara Vargas, Paola Jazmín Domínguez Olmedo and Cristhian Ruiz del Valle inadmissible because they was not up to date with the payment of party dues.

The CEN’s decision was challenged, according to Roberto Rico Ruiz, who asserted that there were inconsistencies and repeated failures by the Auxiliary Body in Hidalgo of the National Commission for Internal Processes.

Despite this, Julio Manuel Valera Piedras, president of the PRI Hidalgodenied an internal split in the party. “There is no division, we are in an elective process, as are all processes where there are bickering,” she said.

“We are in a process that we will still have to see the final film In what does it end, typical of an election of national political advisers that regularly, as are all elections, because they are moved and each one argues what corresponds to the law”, he sentenced before the present media.

“Serviles and lackeys”: Alito Moreno launched himself against PRI militants who seek to divide
Blow for Alito Moreno: immigration alert against him will continue
Porfirio Muñoz Ledo returned to the PRI? He met with Alito Moreno at the Copppal convention

More than 70 Moscow longevity centers to appear in the capital

They arrested in Peru “Dumbo”, the drug lord of Villa Lugano who spent more than a year on the run

Deputy Glazkova about the idea to mobilize the guilty military commissars: “Measure of punishment”