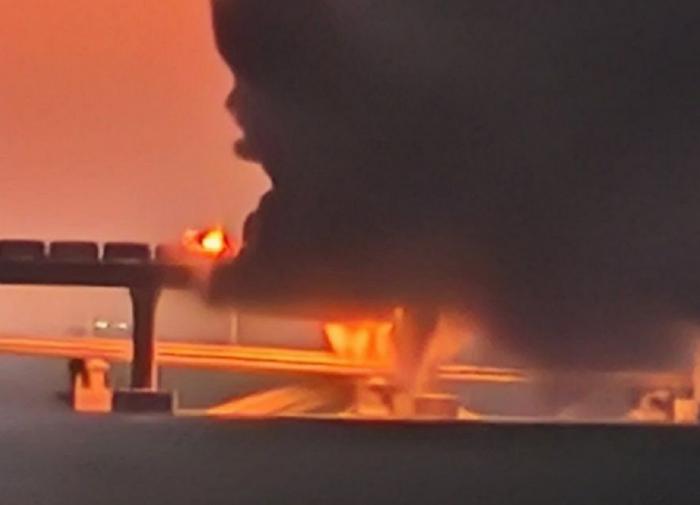 Around 6:00 am on October 10, an explosion occurred on the Crimean bridge. According to eyewitnesses, a railway tank car with fuel caught fire.

Judging by preliminary data, the incident occurred during the passage of a freight train with fuel and lubricants through the crossing. Local residents share photos of a strong fire on social networks and write that part of the railway track is also on fire, but there has been no official confirmation of the information yet.

As the representative of the People’s Militia of the LPR, lieutenant colonel, suggested in his Telegram channel Andrey Marochkothe version of sabotage or an UAV attack will disappear as a result of an inspection of the scene.

explosions at the APU training ground near Moldova

Putin: This year Russia will break the best Soviet record

The best Disney+ Spain tapes to watch at any time