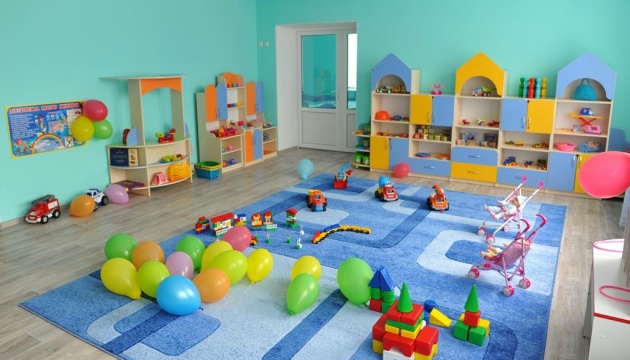 Deputy Head of the Office of the President Kyrylo Tymoshenko said that work has already begun on the construction of a new kindergarten in Ovruch, Zhytomyr region, which is funded by the Estonian government.

He reported this on briefing, reports Ukrinform.

“Negotiations are ongoing with the ambassadors of the partner countries on their participation in the plan for the rapid restoration of the country in all the occupied territories. Agreements have already been reached and construction work has begun on the construction of a completely new kindergarten in Ovruch in the Zhytomyr region, which is funded by the Estonian government,” Tymoshenko said.

He also noted that “in close cooperation between the Office of the President and the UNICEF office in Ukraine, the repair of shelters in schools in Kyiv, Lvov and Chernihiv regions has begun.”

According to him, it is planned to restore more than 50 schools and kindergartens.

Read also: On the Transcarpathia created a “land bank” for business relocation and construction of housing for migrants

As reported, the Office of the President has developed a project to restore critically damaged infrastructure with a total budget of about $17.4 billion.